The NWTF Foundation and its Board of Directors exist to secure funding for NWTF legacy and long-term capital projects. By creating and communicating the value, importance and reward of the donation experience, the NWTF Foundation works to secure a bright and stable future for the NWTF and its noble mission.

Give to NWTF Foundation

Your gift to the NWTF Foundation will help the NWTF secure the necessary funding to execute legacy and long-term capital projects. Contributions to the Foundation are tax-deductible and include benefits associated with the corresponding NWTF membership level.

For more information, or to make a donation, contact the NWTF Development Department.

The NWTF Save the Habitat. Save the Hunt. initiative is an unprecedented undertaking. And so is the flagship of this effort, the NWTF Hunting Heritage Center.

NWTF Houston member Brandon Jacob will hike all 2,180 miles of the Appalachian Trail to help raise funds for conservation. Fundraising dollars will impact Eastern wild turkey restoration efforts within the America’s Southern Piney Woods focal area in East Texas. The Texas Parks and Wildlife Department has agreed to match every dollar Jacob raises by a 4-to-1 ratio.

Learn MoreGive
Save the Habitat. Save the Hunt.

Save the Habitat. Save the Hunt. is the NWTF’s 10-year initiative to:

It is time we tackled this challenge together. 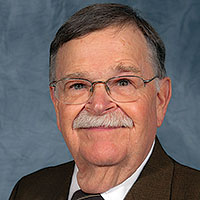 Dr. Robert Dettmer is a Diamond Life Sponsor who has worked tirelessly to promote wild turkey conservation and defend our hunting heritage since becoming and NWTF member in 1978. He has served at every level of the NWTF, including its national board of directors, on which he has served since 1995. He is a past president and chairman of the NWTF.

His efforts have been widely recognized with a number of state and national awards, the two most prestigious being the Roger Latham Award in 1989 and the C.B. McLeod Award in 1999.

"Doc" is a retired family physician, a fervent patriot and a devoted husband, father and grandfather.

This lifelong hunter and angler is a life member of the NRA, a longtime sustaining member of the Conservation Federation of Missouri and a supporter of Wildlife Forever.

With never wavering enthusiasm for the NWTF and a passion for its mission, he is honored to serve on the national board of directors.

Robert Higginbotham has been an NWTF member since the early 1980s. He served as founder of his local East Mississippi Chapter in 1992 and has served locally as banquet chairman and chapter president.

Robert served on the Mississippi State NWTF Chapter board of directors from 1992 until he was elected to the National Board of Directors in 2008. He served two terms as vice president of the Mississippi Chapter and also served as president.

He also has served as secretary of the National Board of Directors and currently serves as president.

Robert is the Imaging Director at Winston Medical Center in his hometown of Louisville, Mississippi. He and his wife Carol are members at First Presbyterian Church where he has served as a Deacon and currently serves as an Elder.

"It is truly a blessing to serve our volunteers. I am thankful for the opportunity, but realize that with the blessings and opportunity comes a responsibility to listen to and communicate with our members. The NWTF's mission and our "family" make us the best conservation organization there is." 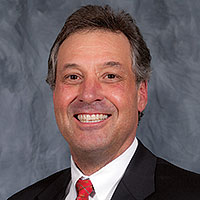 Harlan Starr has been a dedicated turkey hunter and NWTF volunteer since 1984. He has been a member of the national board of directors since 2008, having served on numerous committees.

He served on the Alabama Board of Directors for 10 years. He has worked as local chapter president, banquet chairman and district director. He has coordinated JAKES and Women in the Outdoors outreach events and has provided opportunities for people with disabilities to hunt on his farm.

“As a member of the national board, I’m proud to represent the NWTF’s volunteers who work so hard to protect our hunting heritage,” Starr said. “I understand the issues that face state and local chapters and members, and will continue to ensure they have a voice at the national level.”

Brenda and her husband Larry own MidwayUSA. Brenda is a hunter and shooter who has served on the Missouri NWTF Board, NRA Foundation Board, and the Great Rivers Boy Scout Council Board. Their MidwayUSA Foundation helps communities and organizations raise funds to support their high school, college, and other youth shooting teams and activities.

Tennessee native, Brenda Valentine, aka the First Lady of Hunting®, is a pioneer in today's hunting and conservation industry as hunter, writer and TV personality. She is a national spokesperson for the NWTF, sharing the message of hunting and conservation around the country.  Her list of honors and accomplishments are extensive but she remains grounded to her country roots.  Visit her personal website at www.brendavalentine.com.

Dalton (Dal) Wayne Dyches, Jr., is a custom builder with Dyches Construction Company located in Orangeburg, South Carolina. Dyches is a Diamond Life member of the NWTF and has served more than 20 years as president of the local Dutch Fork NWTF Chapter in Chapin. He also has served 15 years on the South Carolina NWTF State Board of Directors.

During his time on the state board, he served as secretary, vice president and, most recently, as president. Dyches has dedicated himself to the mission of the NWTF having organized many Wheelin’ Sportsmen turkey and deer hunts, Women in the Outdoors and JAKES events on both local and state levels. He has also spent countless hours organizing and hosting Hunt of a Lifetime events for youth.

Dyches serves as an effective advocate for the wild turkey and its conservation. He attended and spoke at numerous committee hearings and assembly meetings to lobby for the new South Carolina turkey hunting laws passed in 2019 by the South Carolina General Assembly.

He and his wife of 28 years, Mary Jo, have two daughters, Mary Margaret and Joanna. 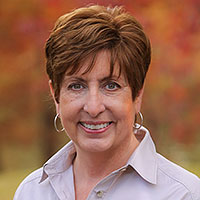