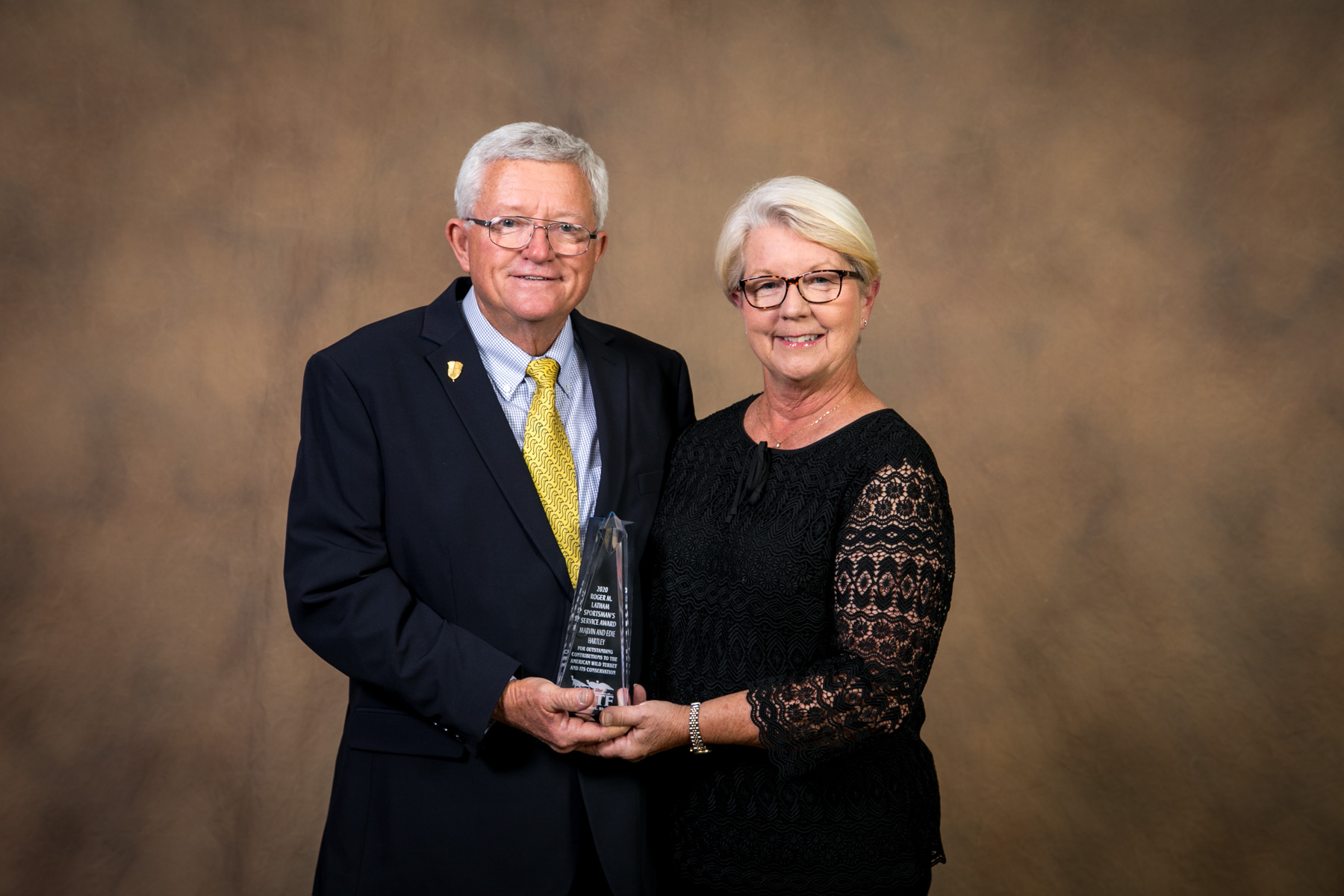 NASHVILLE, Tenn. – Marvin and Edie Hartley, of Jacksonville, Florida, have received national recognition from the National Wild Turkey Federation as recipients of the Roger M. Latham Sportsman Wild Turkey Service Award for more than 80 years of combined dedication to the organization and for their significant achievements.

“We are honored to receive the Roger Latham Award and appreciate the NWTF recognizing the hundreds of hard-working volunteers who dedicate their time to our mission of conservation and protecting our hunting heritage,” Marvin Hartley said. “We have enjoyed being able to volunteer and serve our passion for the wild turkey and our community for the past 40-plus years. Between the two of us, we have more than 80 years of volunteer service to the NWTF. It is a true honor to receive this award and to be recognized for the volunteer work we do for the NWTF. We have dedicated years to helping Save the Habitat. Save the Hunt. Edie and I proudly accept this award on behalf of all the dedicated volunteers who help keep the NWTF a viable, successful conservation organization.”

Both Marvin and Edie are Guardian Life Sponsors,immersed in all things NWTF at the local, state and national level. Edie, previous president of the Florida State Board, is still an active board member on the state level and is president and banquet chairwomen of her local NWTF chapter. Marvin is chairman of the NWTF National Board of Directors, where he has served for 20 years. In addition to his work with the national board, Marvin has also held various NWTF positions across Florida, including president, banquet chairman and district director, as well as being a tireless volunteer since first becoming an NWTF member in 1979.

“Marvin and Edie’s decades of service have made such a large impact on the NWTF on both the state and national level,” NWTF CEO Becky Humphries said. “The Hartleys extraordinary contributions have guided the NWTF onto an increasingly productive path as we move toward the future.”