The conservation organization presented the awards during the 44th annual Convention and Sport Show to projects and programs that achieve NWTF Save the Habitat. Save the Hunt. goals. 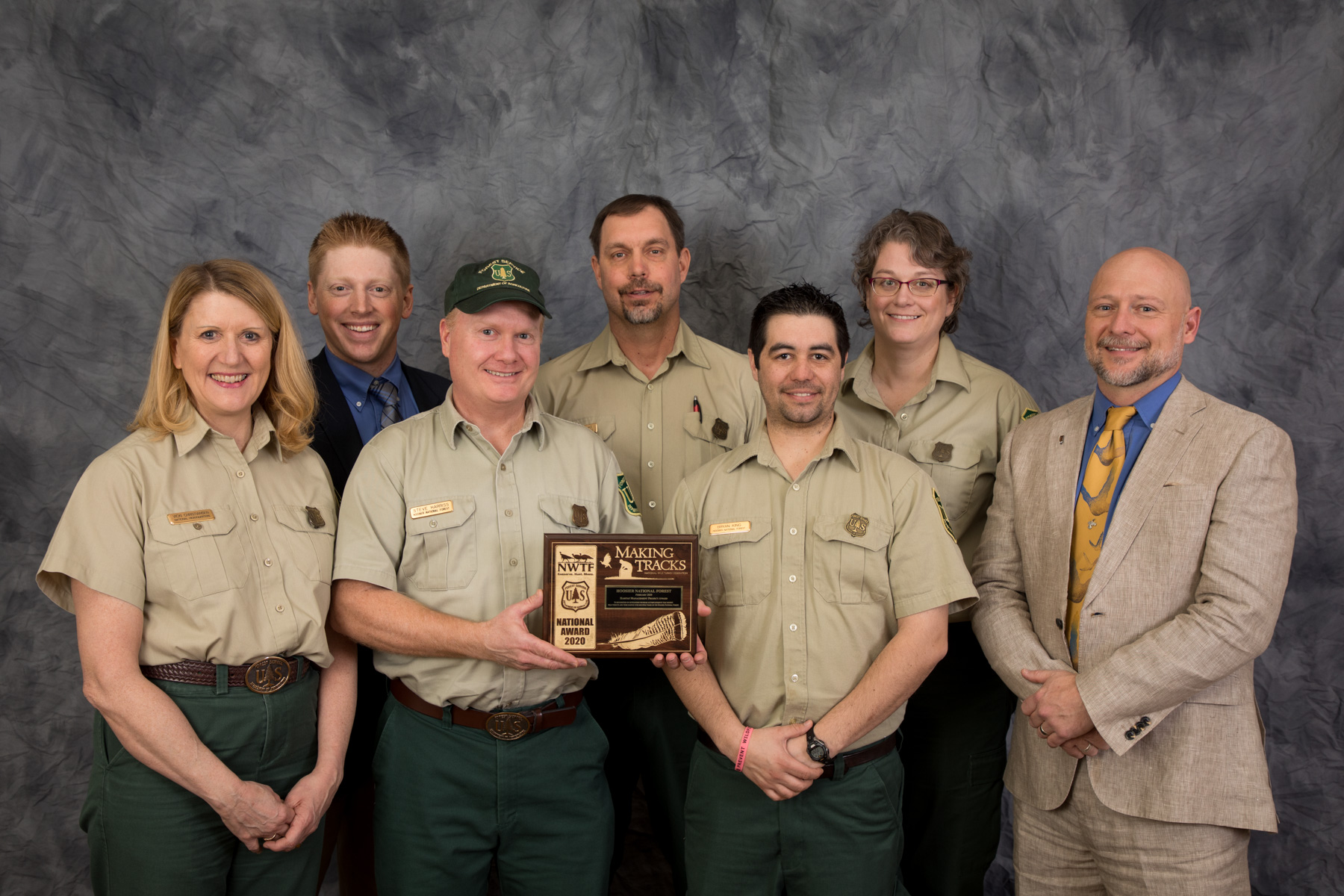 In recognition of outstanding program accomplishments that benefit wild turkeys and their habitat over multiple years, the Hoosier National Forest received a Habitat Management Program Award. The Forest Service in Indiana’s Hoosier National Forest has developed strong partnerships, including, among many others, the NWTF and Indiana Department of Natural Resources. In addition to forging strong partnerships, the Forest Service has provided education and community outreach to inform the public on how proper forestry techniques can improve wildlife habitat. The award was accepted by Cheryl Coon, Steve Harriss, Bryan King and Chad Menke on behalf of the entire Hoosier National Forest. 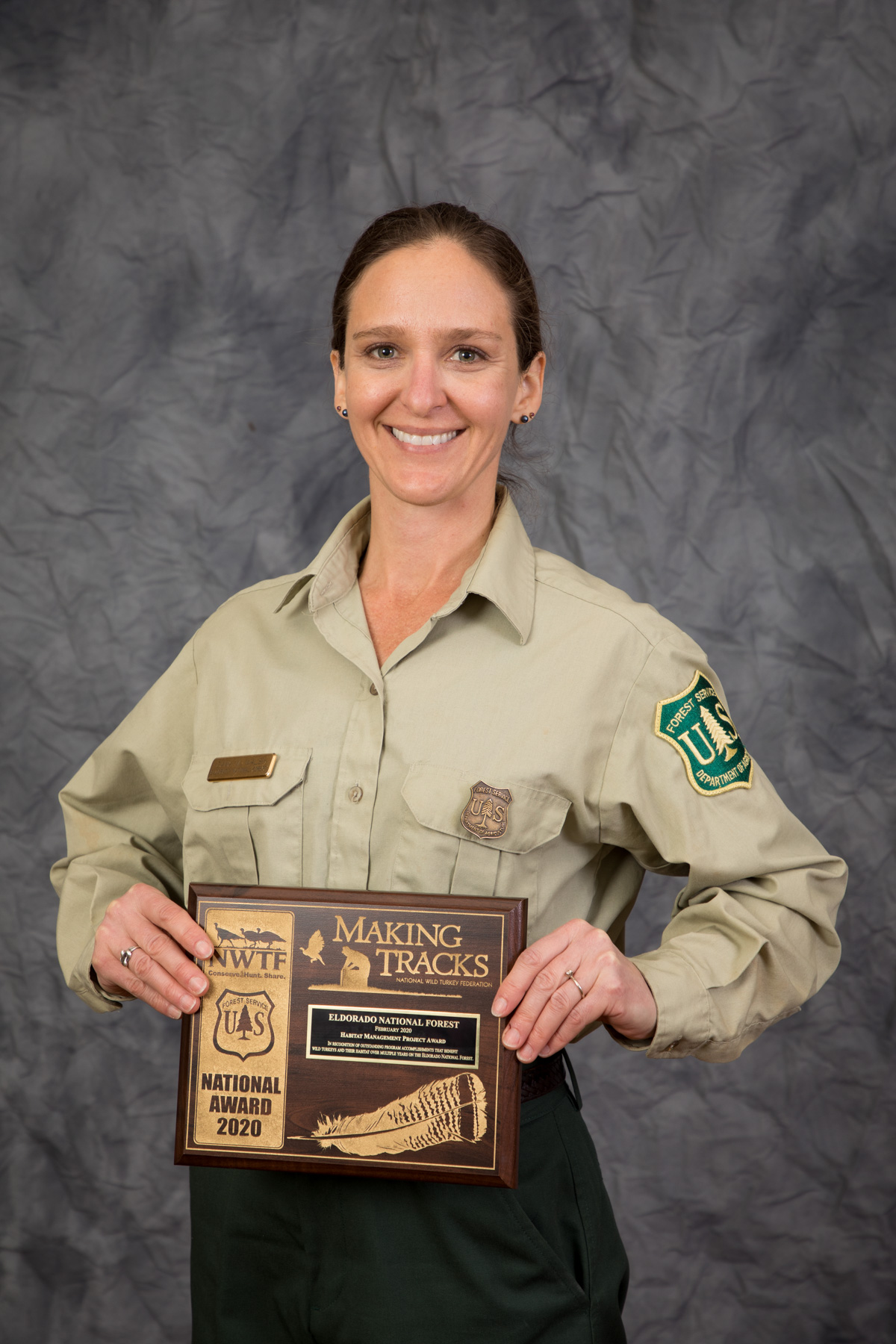 In recognition of outstanding project accomplishments that benefit the wild turkey and their habitat in a single year, Forest Service’s Eldorado National Forest in California received a Habitat Management Project Award for the Trestle Forest Health Project and the Tobacco Gulch project. The Forest Service collaborated with the NWTF, Sierra Nevada Conservancy and Green Tree Services to mitigate severe conditions that were on the brink of catastrophic wildfire. These allowed the multiple groups to leverage funds and create widespread impact. The award was accepted by Dana Walsh on behalf of the entire Eldorado National Forest team. 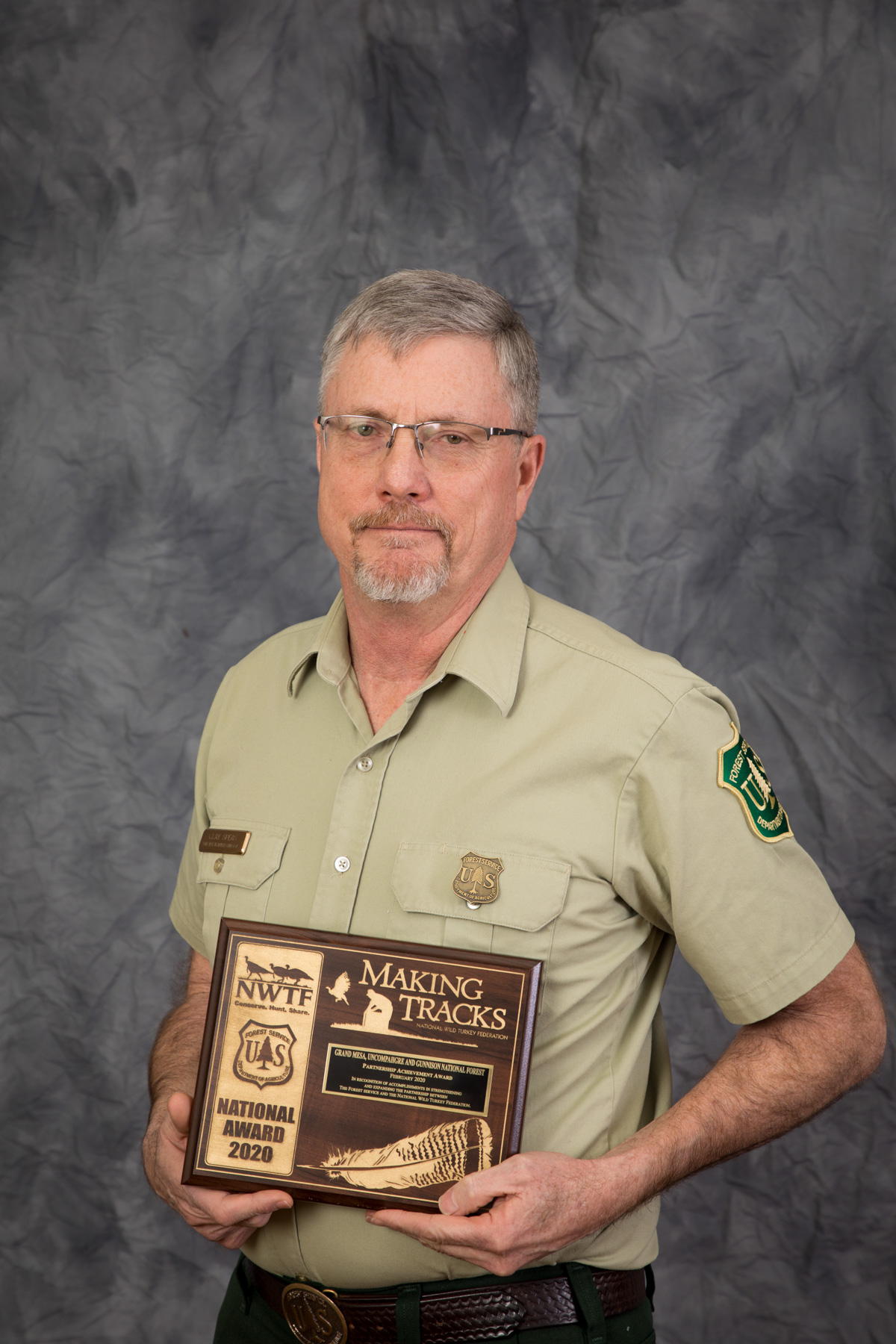 The Grand Mesa, Uncompahgre and Gunnison (GMUG) National Forests in Colorado received a Group Partnership Award for strengthening and expanding the partnership between the Forest Service and the NWTF. The award recognized the work completed on the Buffalo Forks project on the Gunnison Ranger District and the Hubbard Project by the Forest Service and NWTF.  Both projects treated spruce and aspen forests impacted by the ongoing spruce beetle epidemic and the sudden aspen decline. The award was accepted by Clay Speas on behalf of the entire GMUG National Forest team.

The NWTF honored Patrick Holcomb with a Conservation Education Award in recognition of accomplishments over multiple years in the planning and execution of conservation education programs that highlight wild turkey restoration, management and conservation. For the past five years, Holcomb led the Forest Service’s contribution to the Family Adventure Village at the NWTF convention in Nashville. Holcomb facilitated the opportunity to have positive interactions with public land managers while learning about wild turkeys, their habitat and much more.

“The partnership between the NWTF and the Forest Service is one of the greatest partnerships in conservation,” NWTF CEO Becky Humphries said. “With shared stewardship with the Forest Service, we are able to vastly exceed acres enhanced or conserved and leverage funds at an unbelievable level.”