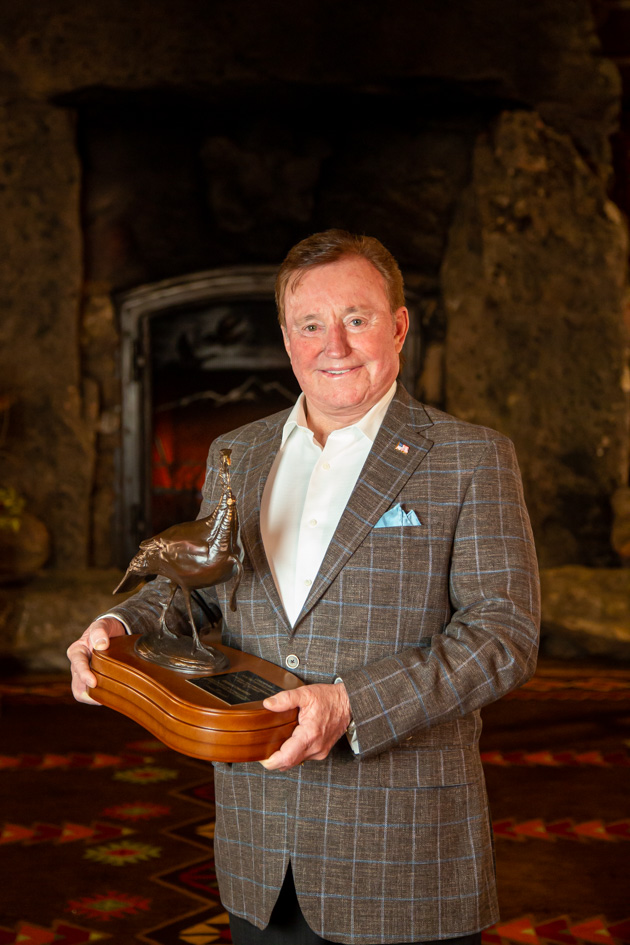 EDGEFIELD, S.C. – The National Wild Turkey Federation recognized Richard Childress, former NASCAR driver and owner of Richard Childress Racing, with the Lynn Boykin Hunting Heritage Award for his contributions to conservation and the preservation of our hunting heritage.

“It is an honor to accept the NWTF's Lynn Boykin award,” Childress said. “To me, this award represents NWTF members’ continued commitment to nurture and grow the hunting heritage many of us enjoy. It represents a promise to future generations to safeguard the relationship between humans and nature. In this rich soil, we will grow future conservationists as we inspire others to be a part of the outdoors community. I am proud to be a part of the NWTF and to receive this prestigious award.”

Childress accepted the award during the 45th annual NWTF Convention and Sport Show, held virtually in 2021.

The Lynn Boykin Hunting Heritage Award’s namesake was a former president and chairperson of the NWTF’s National Board of Directors. During her tenure, she emphasized the importance of hunting heritage and helped create a new outlook for the organization. Today, the NWTF’s mission to celebrate and preserve North America’s hunting heritage is some of its most important work.

As Boykin did, Childress lives his life working to advance our nation’s outdoors traditions. Childress has created strong bonds with others to highlight the importance of recruiting, retaining and reactivating hunters and recreational shooters.

One notable example is Childress’ longtime friendship with Johnny Morris, founder of Bass Pro Shops and owner of Cabela’s. The duo developed an on-car branding effort with affiliated sport and recreational brands to promote conservation partners, including the NWTF.

In addition, Childress donates funds received from admission to the Richard Childress Racing Museum’s Wildlife and Conservation Gallery to conservation organizations such as the NWTF, Rocky Mountain Elk Foundation, Ducks Unlimited and the North Carolina Wildlife Habitat Foundation. Visitors can view taxidermy from Childress’ worldwide hunting adventures while learning about conservation and our hunting heritage.

“Richard has distinguished himself as a philanthropist and a steward for conservation and our hunting heritage,” NWTF CEO Becky Humphries said. “He has become a strong ally of the NWTF through his advocacy for hunters’ rights and support of wildlife habitat enhancement.”