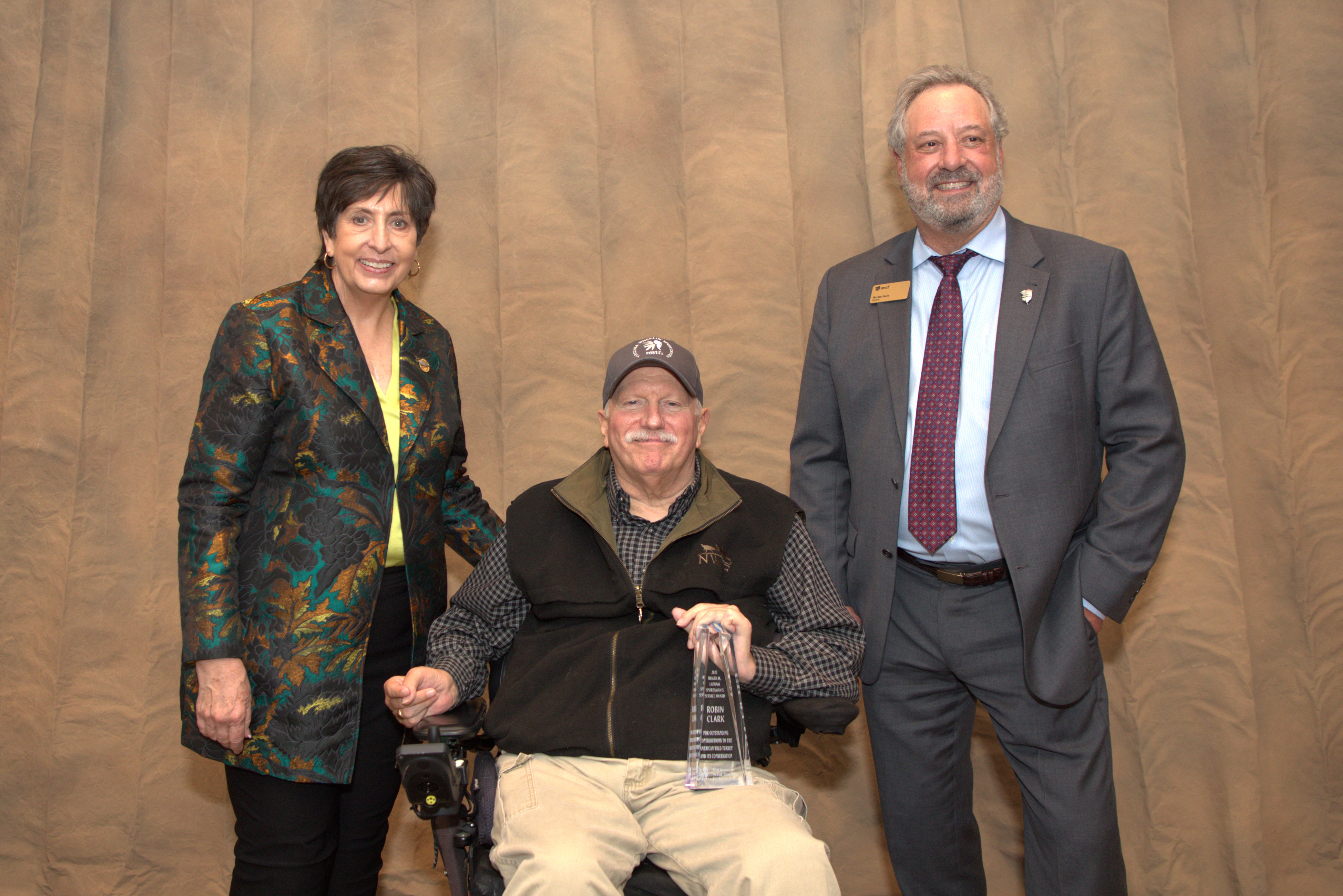 NASHVILLE, Tenn. – Robin Clark received national recognition from the National Wild Turkey Federation as a recipient of the Roger M. Latham Sportsman Wild Turkey Service Award for his decades of service to the organization’s outreach mission.

“I am honored to be the recipient of the distinguished Roger M. Latham award,” Clark said. “I have seen lots of changes within the NWTF in my time with the organization, but the NWTF mission, and mine, have not wavered. One of the goals I set my first year as state coordinator [of the Wheelin’ Sportsmen program] was to provide more and better opportunities for our sportsmen with disabilities, and that goal still holds true after 20 years. We are proud of the program we’ve built in Virginia, hosting over 50 events annually, but this is not an individual award. I could not have done it without the support of our state board, local chapters, landowners, state agencies and a team of dedicated volunteers.”

Clark began his journey with the NWTF in 2002 as a participant of a Wheelin’ Sportsmen event himself. What began as an engaged member would soon turn into a dedicated volunteer and leader. While many outreach events across Virginia have been bolstered through his efforts, Clark’s innovation and determination are responsible for growing the Wheelin’ Sportsmen program to one of the most vigorous in the country and as a model to be followed.

Clark’s contributions are far-reaching and felt statewide. Whether it’s working with policy makers, getting women and youngsters involved in the outdoors, collaborating with the Virginia Department of Wildlife Resources or being a compassionate and exemplary NWTF advocate and volunteer, Clark has made a lasting impact on the NWTF’s mission.

“Robin has an extensive resume of compassion and volunteerism,” NWTF CEO Becky Humphries said. “The effects of decades of dedication to the NWTF and serving as an integral leader for our outreach events has put him in a class of his own. We are proud to honor him this year.”