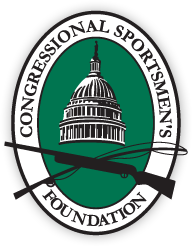 EDGEFIELD, S.C.—Today, the Congressional Sportsmen’s Foundation announced the addition of three new members to its Board of Directors who are committed to CSF’s mission to work with Congress, governors and state legislatures to protect and  advance hunting, angling, recreational shooting and trapping.

“I am honored to join the Congressional Sportsmen’s Foundation Board of Directors," said Humphries. "The NWTF partners with the Congressional Sportsmen’s Foundation on national legislation as well as state priorities. At a time when there is little agreement in Congress, conservation is an area where we can come together, agree and pass legislation to help our nation and our quality of life now and for our future. The Foundation’s bipartisan efforts do just that!”

“As we begin the new year, I am delighted to welcome Becky, Joe, and Tim to the CSF Board of Directors. The experience Becky and Joe bring from the policy and advocacy world, along with Tim’s business insight, all will be strong assets for the organization. They are joining a devoted group of individuals dedicated to protecting our great American outdoor legacy. While 2021 was a challenging year for our country, there was also opportunity and success for our sporting and conservation community, and I am proud to say that CSF continued its rich tradition as the leading voice of sportsmen and women on both the federal and state policy levels,” said CSF Board of Directors Chairman, Simon Roosevelt. “There has been and continues to be an inherent and essential connection between hunting and angling and conservation. They were the first to understand the impact of the over exploitation of natural resources; and today, hunters, anglers, recreational shooters, and trappers are still vitally important to our system of conservation.”

“On behalf of CSF, I would like to extend my sincere gratitude to Larry, Ralph, Jeff and Bob," CSF President and CEO Jeff Crane said. "Their sacrifice of time and resources has allowed us to continue to reach greater heights and positioned us to continue to lead the conservation community going forward."

In 2021, CSF had one of its most productive years, thanks in part to the vision and leadership of the Board of Directors, in congruence with the continuing commitment of long-standing partners and the establishment of new partnerships. As 2022 dawns, CSF will continue to work toward the conservation of wildlife habitat, the protection of sportsmen's rights and the access of public lands.

Since 1989, the Congressional Sportsmen's Foundation (CSF) has maintained a singleness of purpose that has guided the organization to become the most respected and trusted sportsmen's organization in the political arena. CSF's mission is to work with Congress, governors, and state legislatures to protect and advance hunting, angling, recreational shooting and trapping. The unique and collective force of the Congressional Sportsmen's Caucus (CSC), the Governors Sportsmen's Caucus (GSC) and the National Assembly of Sportsmen's Caucuses (NASC), working closely with CSF, and with the support of major hunting, angling, recreational shooting and trapping organizations, serves as an unprecedented network of pro-sportsmen elected officials that advance the interests of America's hunters and anglers.