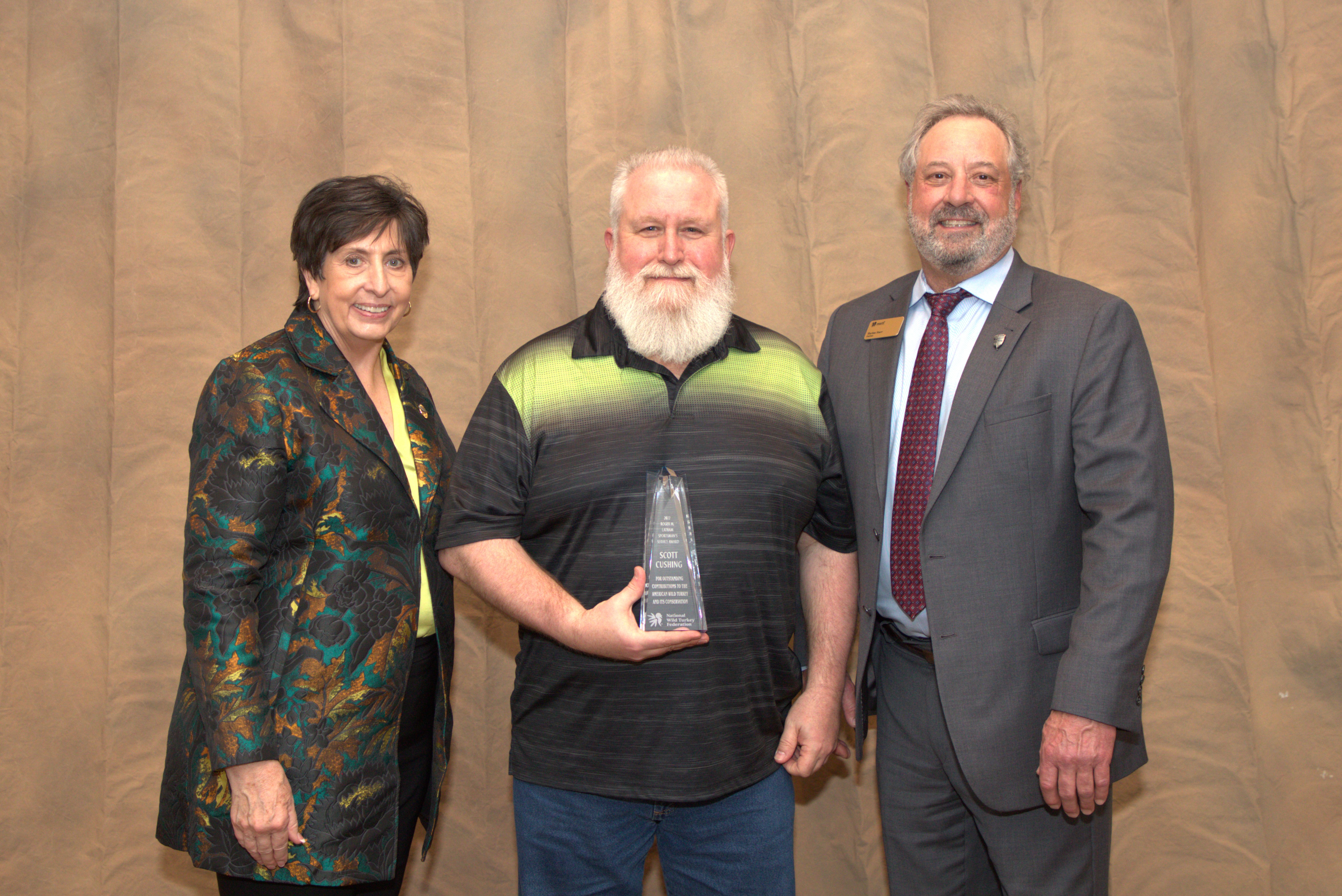 "In a time when hunting is scrutinized and misunderstood, it takes a hunting organization like the NWTF to be stewards of the land,” Cushing said. “They’ve improved habitat, conserved wildlife and brought the wild turkey back in great numbers. This award is an honor.”

Cushing became an NWTF member in 1990 and has since been an active member, local chapter officer, banquet chairman and served as the Massachusetts State Chapter president for two terms. Over the course of three decades, Cushing has continued to be an active and instrumental volunteer in Massachusetts. His enthusiastic leadership and volunteerism, from the NWTF’s early grassroots years, has been unfaltering.

The Massachusetts State Chapter has benefitted greatly from Cushing’s collaborative skills and his ability to link people together. His desire to inspire others while providing hunting opportunities through both his knowledge and love for conservation has benefitted the NWTF, the state’s Youth Turkey Hunting Program and the respect people have for the organization in Massachusetts and beyond.

“Scott’s 30-year history with the NWTF speaks to his passion for our mission,” NWTF CEO Becky Humphries said. “The fact that he is just as impassioned about the mission as he was 30 years ago speaks volumes. We are thrilled to recognize Scott’s dedication and efforts with this Roger Latham Award.”