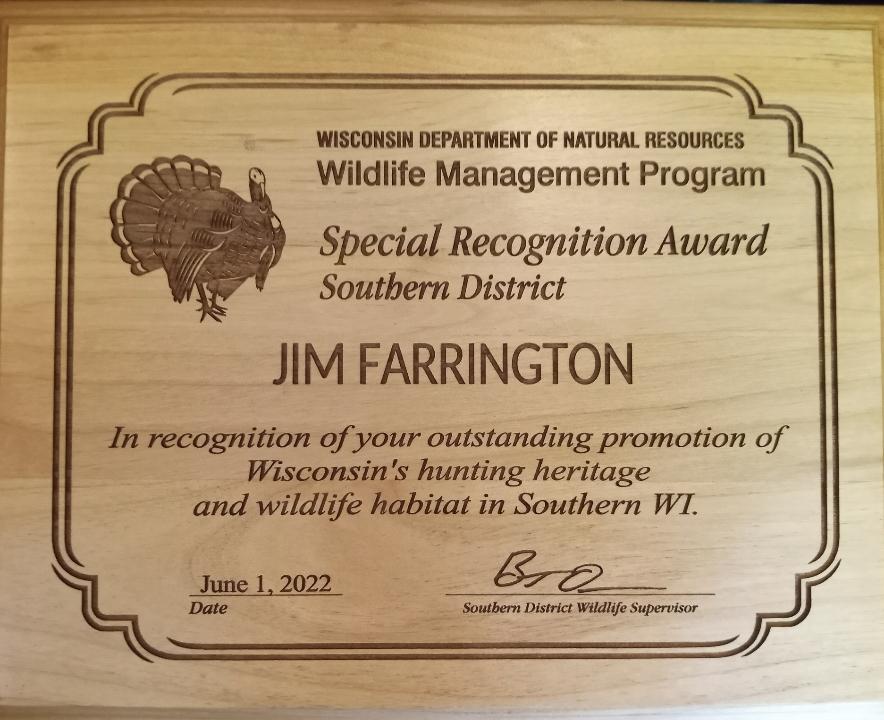 “Passionate volunteers like Jim are the lifeblood of the NWTF,” NWTF co-CEO Kurt Dyroff said. “We are proud to see him honored by the WDNR for his immense conservation legacy.”

Farrington has been an NWTF volunteer for 28 years and has been president of the NWTF River Valley Chapter for the last 13 years, and his passion for the NWTF mission is evident in his many accomplishments over the years.

Farrington has helped the Wisconsin DNR secure NWTF Super Fund money to match the Wisconsin DNR’s turkey stamp and other grant funding sources. Over the last 15 years, his efforts have equated to $179,000 in total funding, resulting in approximately 3,125 acres of public land conservation that benefits wild turkeys and turkey hunters. 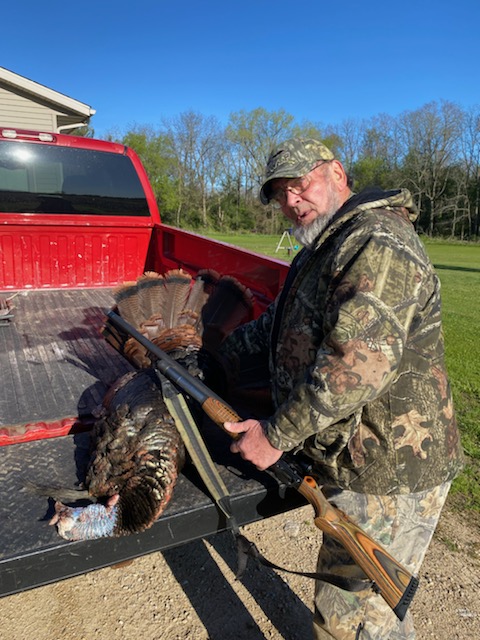 “Jim almost singlehandedly organizes the learn-to-hunt programs run through the chapter and spends time recruiting participants, scouting turkeys and securing permission from landowners for the hunt,” Wisconsin DNR Biologist Sara Kehrli said. “We would like to acknowledge and thank Jim for dedicating countless hours of his free time to benefit both habitat and hunting in Columbia County.”