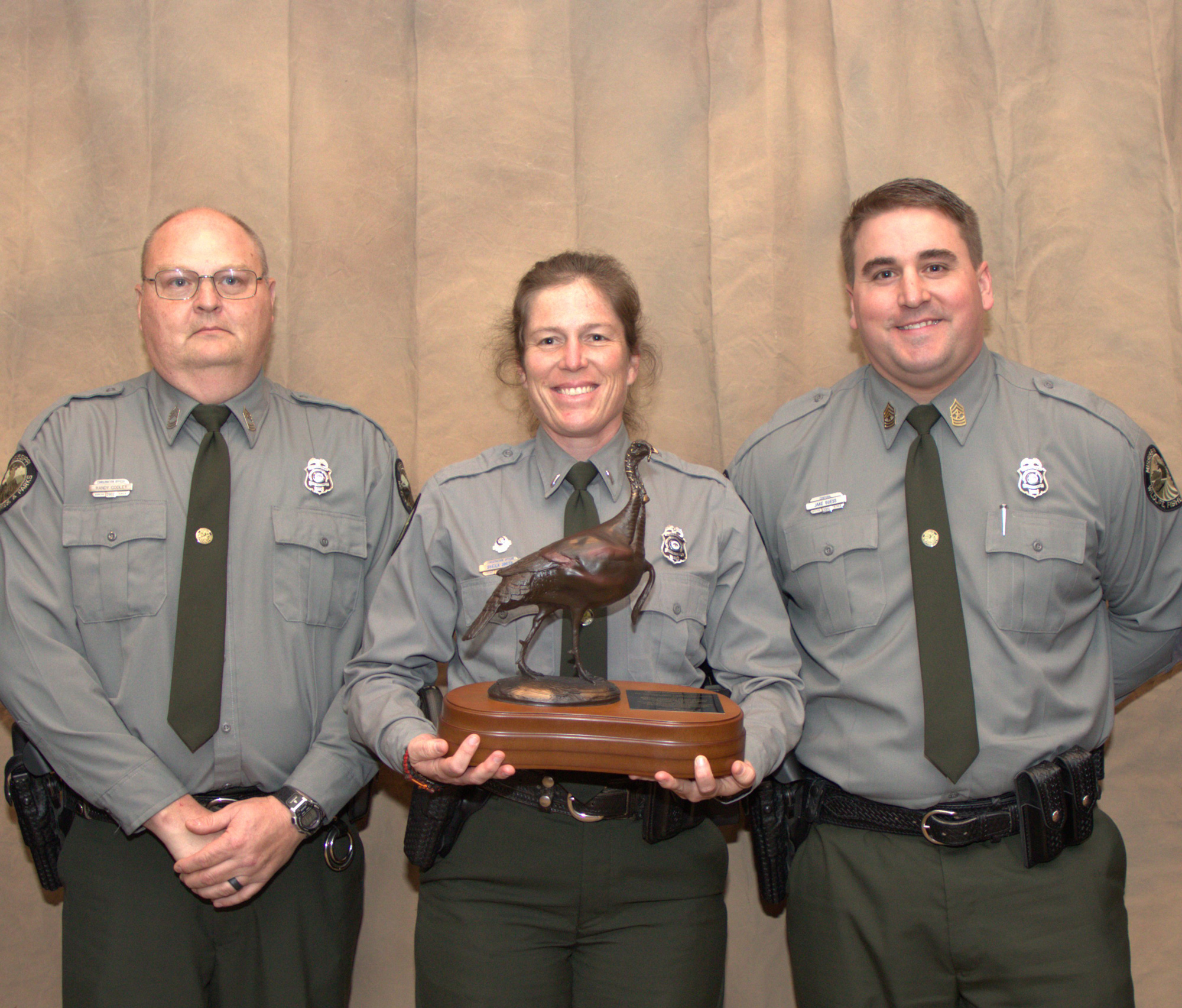 “On behalf of Department of Wildlife Fisheries and Parks of Mississippi, we like to thank all of you," said MDWFP Sergeant Major Jake Guess. “We can’t do our job without y’all.”

The award was created to recognize a significant national or regional contribution to the conservation of the wild turkey, habitat management, public awareness, policy work or hunting heritage. The award is not an annual award and will be awarded at the discretion of the NWTF CEO and Chairman of the National Board Directors.

The Mississippi Department of Wildlife Fisheries and Parks officers were presented with the prestigious award for their involvement in what is regarded as the largest wild turkey poaching arrest in history, dubbed Operation Longbeard.

After thorough investigation with over 100 pieces of evidence, it was determined that federal wildlife violations had been discovered in three states (Mississippi, Kansas and Nebraska), leading to arrest warrants for 15 Mississippi residents, four of whom were charged with Federal Lacy Act violations. Moreover, the poachers were found to have trespassed on 15 different properties in Mississippi.

Nearly 100 wild turkeys were killed in the spring 2019 season.

Through the dedicated and thorough investigations of Smith, Cooley and Guess – approximately 3,500 man-hours in the investigation and prosecution of the case – 286 wildlife state-related charges along with 12 federal charges were filed.

“The poaching of nearly 100 wild turkeys across multiple states is egregious to say the least,” NWTF CEO Becky Humphries said. “We are proud to honor Lieutenant Smith, Master Sergeant Cooley and Sergeant Major Guess, along with all of MDWFP, for their diligent and dedicated efforts to bringing justice to these poachers and working to conserve our revered wild turkey.”

About the National Wild Turkey Federation
When the National Wild Turkey Federation was founded in 1973, there were about 1.3 million wild turkeys in North America. After decades of work, that number hit a historic high of almost 7 million turkeys. To succeed, the NWTF stood behind science-based conservation and hunters' rights. Today, the NWTF is focused on the future of hunting and conservation through its Save the Habitat. Save the Hunt. initiative. Since 2012, this 10-year initiative has already eclipsed goals of conserving or enhancing more than 4 million acres of essential wildlife habitat, recruiting or retaining more than 1.5 million hunters and opening access to more than 500,000 acres for hunting and other recreation opportunities. This critical work will continue to impact wildlife habitat and our great outdoors in the final year of the initiative