NASHVILLE, Tenn. – The National Wild Turkey Federation presented six Save the Habitat awards for outstanding achievement in helping the NWTF work toward its Save the Habitat. Save the Hunt. initiative goal for acres conserved or enhanced.

Representatives from the Huachuca Gould’s Chapter and the Florida, Minnesota, Wyoming, South Carolina and Indiana state chapters accepted Save the Habitat awards during the 44th annual NWTF Convention and Sport Show.

The accomplishments of this year’s winners include: 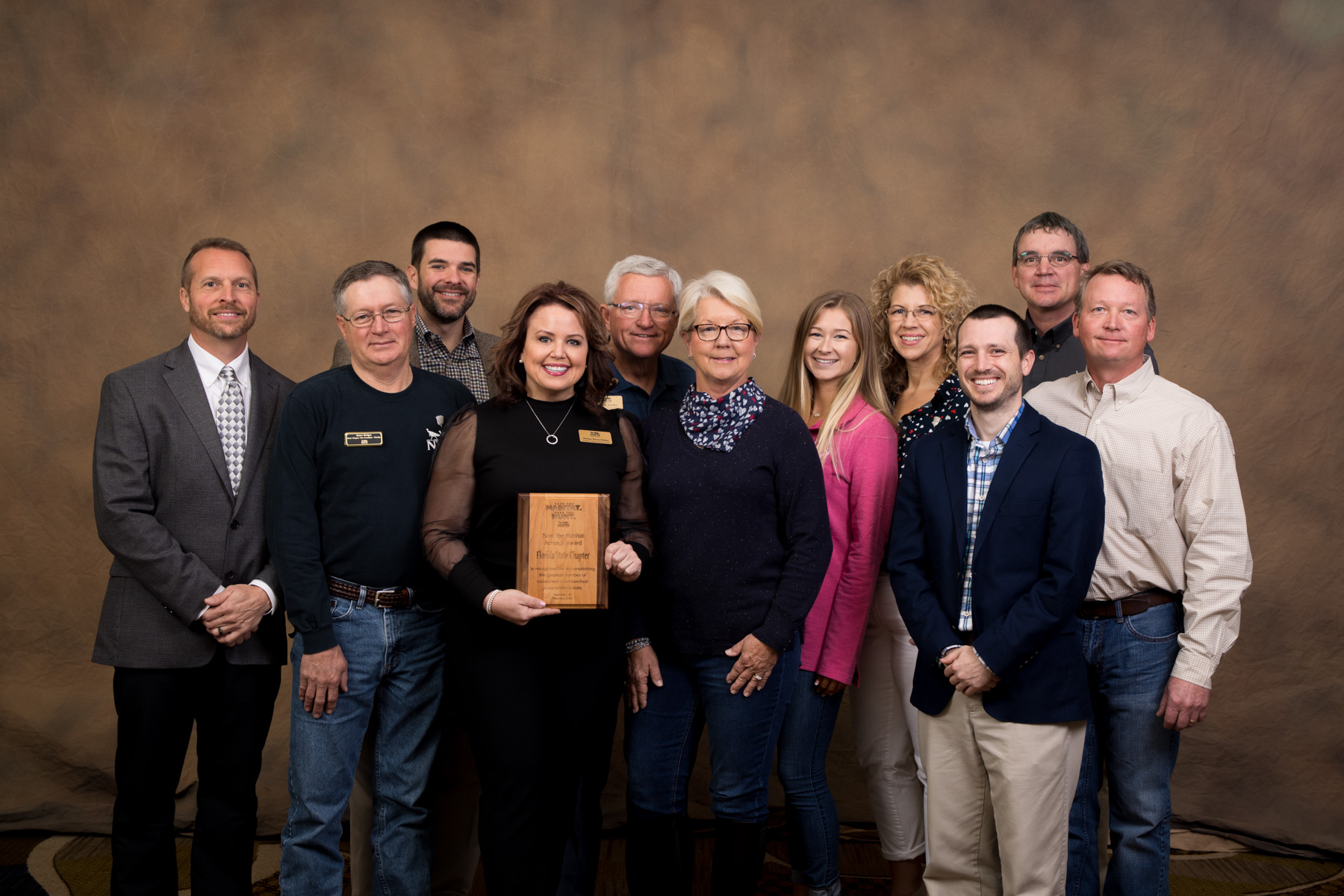 Florida State Chapter – Acreage Award: The NWTF gives this award to the state chapter that accomplishes the greatest number of conserved or enhanced acres through direct financial contributions from the NWTF Super Fund and other funding sources in the previous year. Acres and financial contributions are tracked and recorded by NWTF staff in accordance with the NWTF Acreage Accomplishment manual and the NWTF accomplishment reporting database. Since the inception of the Save the Habitat. Save the Hunt. initiative, the Florida State Chapter has conserved or enhanced over half a million acres in the Sunshine State, and last year alone it conserved or enhanced 142,955 acres. 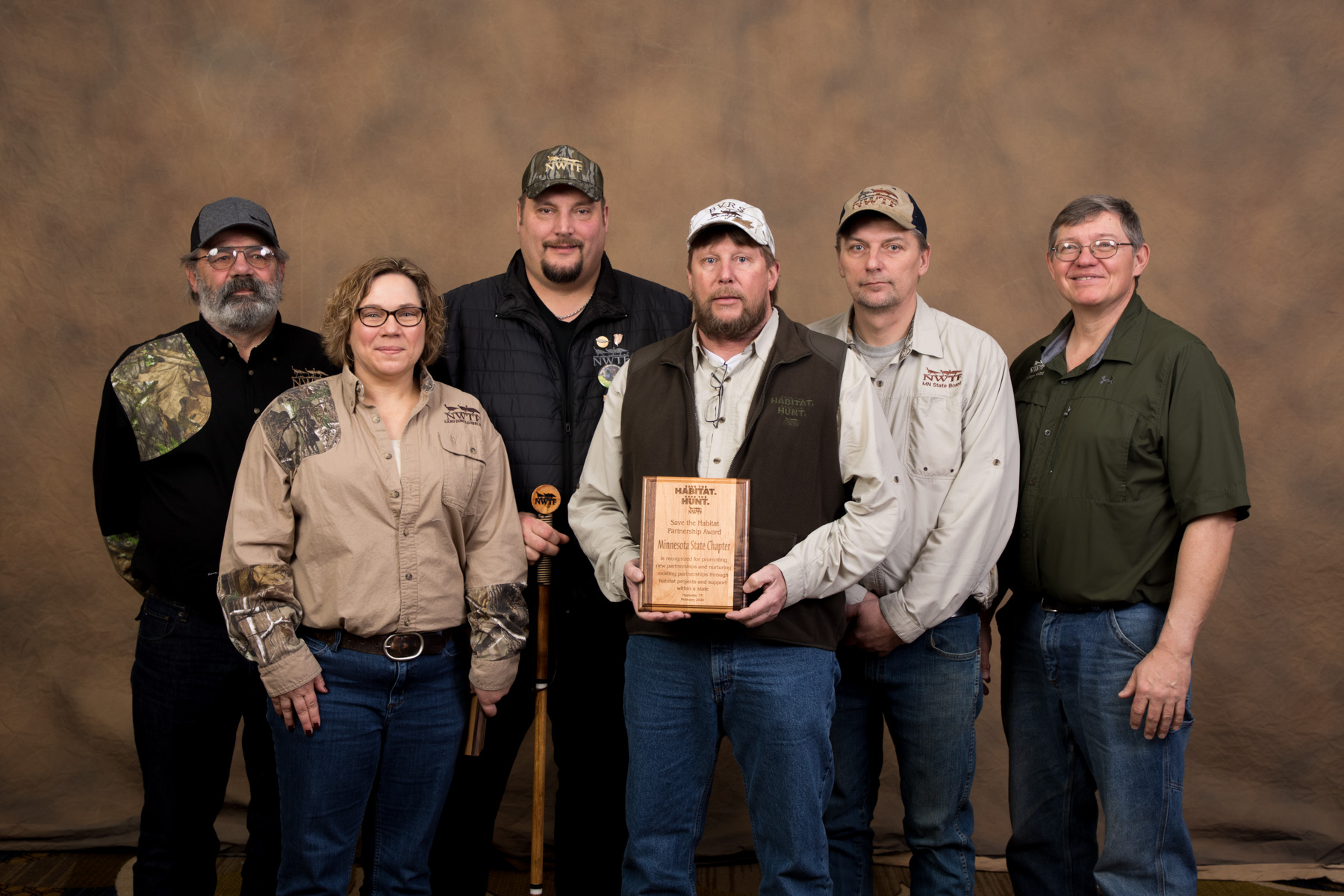 Minnesota State Chapter – Partnership Award: The NWTF presents the award to the state or local chapter that promotes new partnerships and/or significantly strengthens existing partnerships through habitat projects and program support during the past year. In 2019, the Minnesota State Chapter set aside over $50,000 toward active projects within the state. This effort has impacted thousands of acres, and this chapter’s willingness to support outside grants and leverage their dollars has had huge impacts on its ability to Save the Habitat. Save the Hunt. 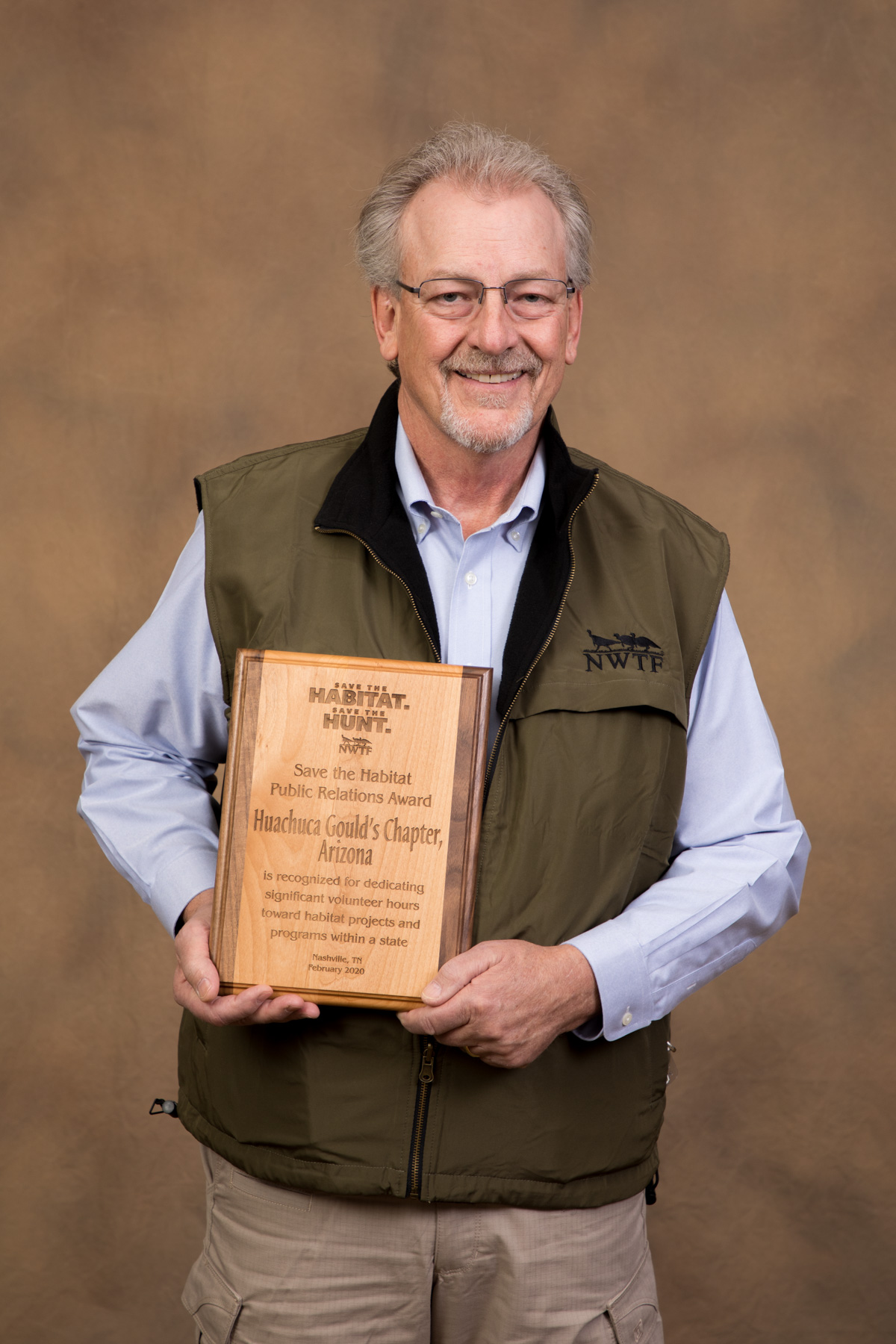 Huachuca Gould’s Chapter – Volunteer Award: The NWTF presents this award to the local chapter that dedicates volunteer hours toward habitat projects and programs within its state. The Huachuca Gould's Chapter in Sierra Vista, Arizona, is active with projects throughout its local area improving habitat for Gould's wild turkeys and assisting the USDA Forest Service and the Arizona Game and Fish Department.  In addition to its tremendous outreach effort, in 2018 the chapter was involved in three major conservation projects contributing a minimum of 160 hours of volunteer time. In 2019, major projects included participating in the annual AZGF Gould's turkey survey, the Korn Canyon drinker maintenance project, the Van Horn exclosure maintenance to protect an important natural spring, and the Fort Huachuca water development installing a 2,200-gallon tank and several drinkers. Not only were these projects vital to the local Gould's wild turkey population, they contributed a minimum of 192 volunteer hours in support of the Forest Service, AZGF and the U.S. Army's Fort Huachuca wildlife program. 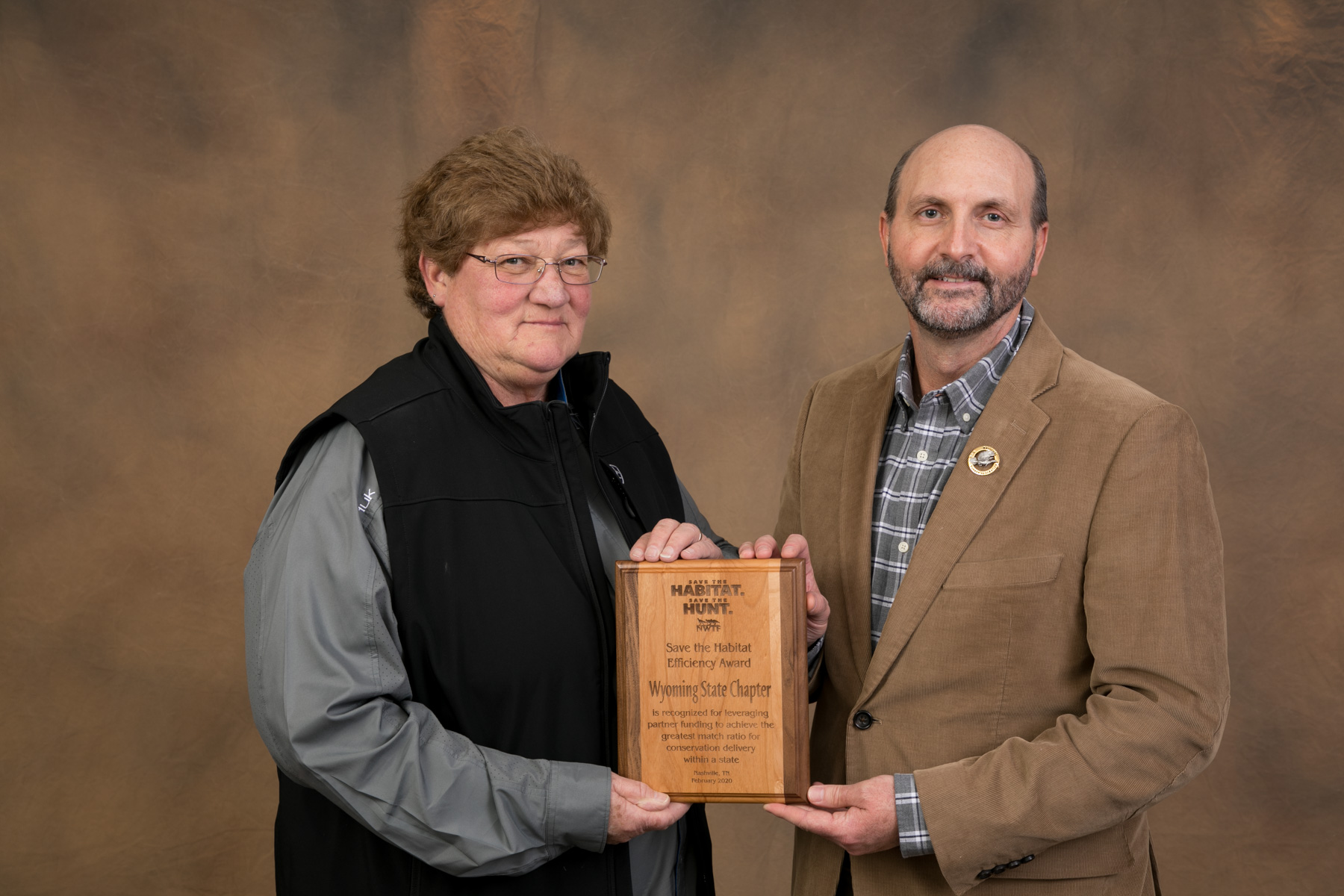 Wyoming State Chapter – Efficiency Award: The NWTF gives this award to the state chapter that has the greatest match ratio between total NWTF funding allocated for conservation delivery and partner match secured in the past year. The Wyoming State Chapter matched its Super Fund expenditures 69-to-1 without side funding. 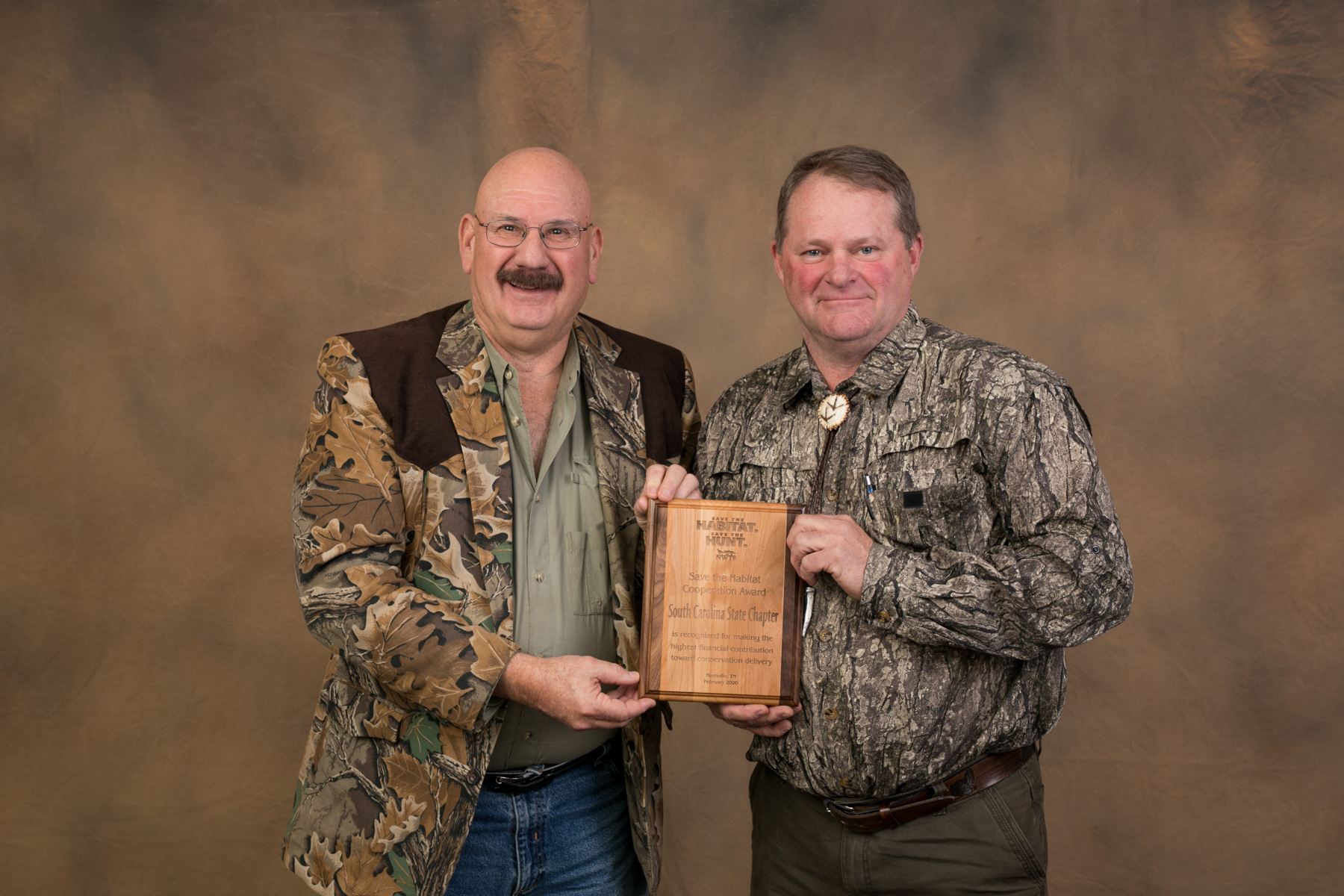 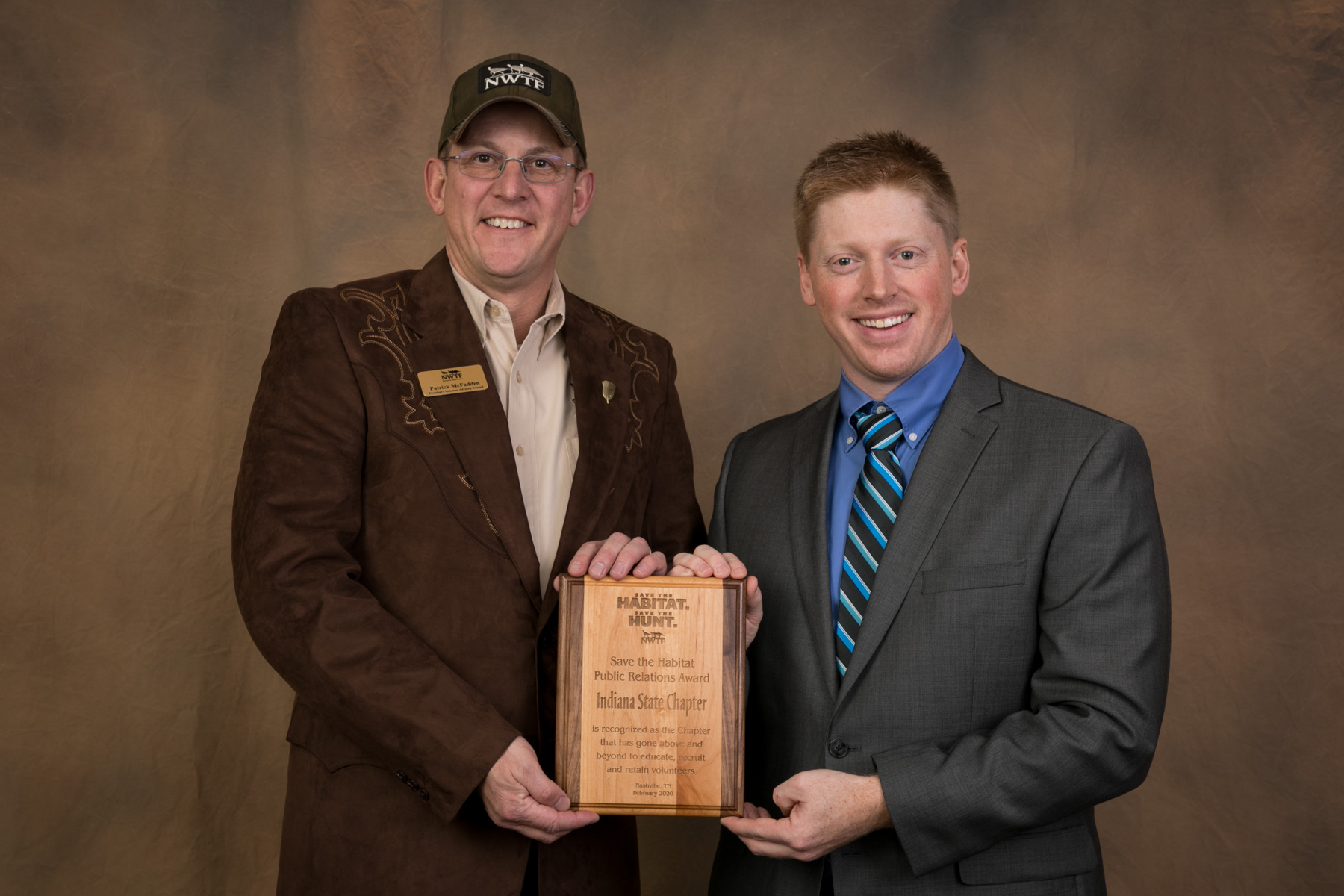 Indiana State Chapter – Public Relations Award: The chapter received this award for going above and beyond to “tell the NWTF story” specific to conservation delivery efforts through various media outlets in an effort to educate, recruit and retain members and volunteers in the previous year.

“Our goal of 4 million acres of habitat conserved or enhanced is well within reach thanks to the dedication of our volunteers and members,” NWTF CEO Becky Humphries said. “We are proud to honor these chapters for their achievements and look forward to what the future holds in our in our efforts to Save the Habitat. Save the Hunt.”