EDGEFIELD, S.C.—Those who have ever attended the National Wild Turkey Federation’s annual Convention and Sport Show in Nashville know live music is a mainstay in the nonprofit’s celebration of conservation successes. After an absence in 2021, the NWTF is excited to return to Music City in February of 2022 and proud to announce country music superstar Chris Janson as the special performer following Saturday night’s Grand National Auction.

“I’m extremely excited to be making my return to perform for the amazing folks attending the NWTF Convention and Sport Show in Nashville,” said Janson. “Nobody loves the outdoors more than I do, and I am humbled and proud to be part of it. When I am not out on the road doing shows or writing songs, my time is spent with my family hunting and fishing. Performing the closing night is going to be more awesome than ever before, and I can’t wait to see everyone who shares the common ground of believing in conservation and the love of the outdoors.”

“We already are seeing an unmatched level of excitement for the return to Nashville by our members, volunteers and partners, and who better to give a special performance during our celebration than acclaimed, high-octane performer Chris Janson,” said Jason Burckhalter, NWTF chief information officer.

Janson — the platinum-selling recording artist with four No. 1 hit singles, ACM award winner and 2020 NWTF convention performer — will take the stage on the last evening of the convention following the NWTF’s Grand National Auction where attendees will have the opportunity to bid on once-in-a-lifetime hunting trip and vacation packages, as well as other unique items of interest to outdoor enthusiasts. 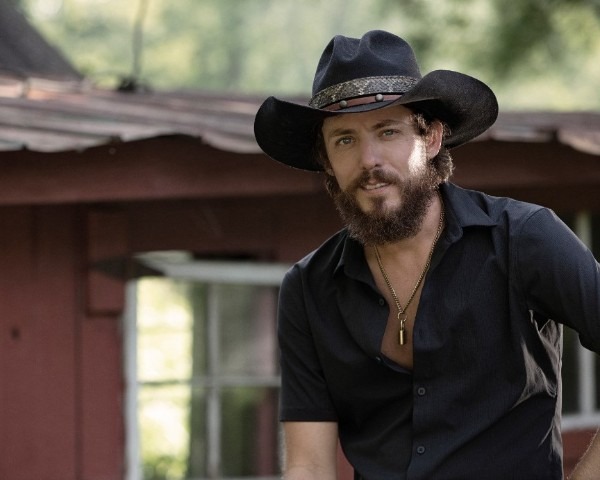 The NWTF Convention and Sport Show, officially sponsored by Mossy Oak, is set to begin Thursday, Feb. 17 with the Rendezvous sessions, the Kickoff Party and the opening of the Sport Show floor, which features more than 300 of the best vendors in the outdoor industry. The NWTF Sport Show runs from Thursday to Saturday in the Gaylord Opryland Resort and Convention Center. Convention festivities conclude with a worship service on Sunday, Feb. 20.

About the National Wild Turkey Federation
When the National Wild Turkey Federation was founded in 1973, there were about 1.3 million wild turkeys in North America. After decades of work, that number hit a historic high of almost 7 million turkeys. To succeed, the NWTF stood behind science-based conservation and hunters' rights. Today, the NWTF is focused on the future of hunting and conservation through its Save the Habitat. Save the Hunt. initiative. Since 2012, this 10-year initiative has already eclipsed goals of conserving or enhancing more than 4 million acres of essential wildlife habitat, recruiting or retaining more than 1.5 million hunters and opening access to more than 500,000 acres for hunting and other recreation opportunities. This critical work will continue to impact wildlife habitat and our great outdoors in the final years of the initiative.

About Chris Janson
Who is Chris Janson? He’s a “live legacy in the making” (Rolling Stone). Breakout country star Janson is a platinum-selling recording artist, high-octane entertainer, multi-instrumentalist, and award-winning singer/songwriter who Bobby Bones has named among the greatest six live performers in country music. The ACM Award-winner has collected prestigious accolades that place him amongst country music greats. Both his inspiring hit “Drunk Girl” and his chart-topping, 3x Platinum smash “Buy Me A Boat” were named among NSAI’s “Ten Songs I Wish I’d Written” lists – making Janson one in a handful of the industry’s most elite artists to earn the title multiple times. “Good Vibes,” the flagship single from his 2019 album Real Friends, and follow-up “Done,” each topped the country charts, bringing his total of No. 1 songs to four – and now the hit-maker is entering a new chapter with “Bye Mom.” The single, derived from the real-life story of co-writer Brandon Kinney, is a triumphant ode to unconditional love. It was most-added upon impact at country radio and earned the highest first-week streaming total of Janson’s career. In addition to his own successes, the talented songwriter has lent his pen to industry peers including Tim McGraw (“Truck Yeah,” “How I’ll Always Be”), LOCASH (“I Love This Life”) and the legendary Hank Williams Jr. (“God Fearin’ Man,” “Those Days Are Gone”). Catch Janson’s “crazy harmonica skill and … riveting stage style” (People) this winter on his headlining Halfway to Crazy Tour and see for yourself what makes him an “undeniable star” (The Tennessean).