EDGEFIELD, S.C. — The National Wild Turkey Federation honors long-time outdoor writer and Turkey Country contributor John Higley and thanks him for his unwavering passion to communicate all things wild turkey.

Higley, 83, passed away Nov. 17, 2020. He was a legendary turkey hunting writer, full of wit and wisdom from his many years of pursuing gobblers across North America. Moreover, he was one of the most energetic, optimistic and friendly folks you might encounter. His contributions will be greatly missed. His presence and personality will be missed infinitely more.

“‘All things turkey hunting’ is a good way to remember Higley,” said JJ Reich, former outdoor writer and media relations manager at Federal Ammunition. “His work included so many topics such as friction calls, mouth calls, gobble calls, turkey behavior, woodsmanship, camouflage, guns, ammo, decoys and so much more. His greatest hope was that his work would lead hunters to a better understanding of all phases of turkey hunting and ultimately result in more successful hunts in spring and fall.”

Higley’s first request after he was admitted to the hospital in late November was an odd one for anyone unfamiliar with his dedication to writing about hunting. “Where’s my laptop?” The veteran outdoor writer, who would have hunted gobblers for the 50th year this spring, had another Calling Wild Turkeys column due and he needed to finish it, even if he had pneumonia and other ailments. A day later, the 83-year-old California native passed away. 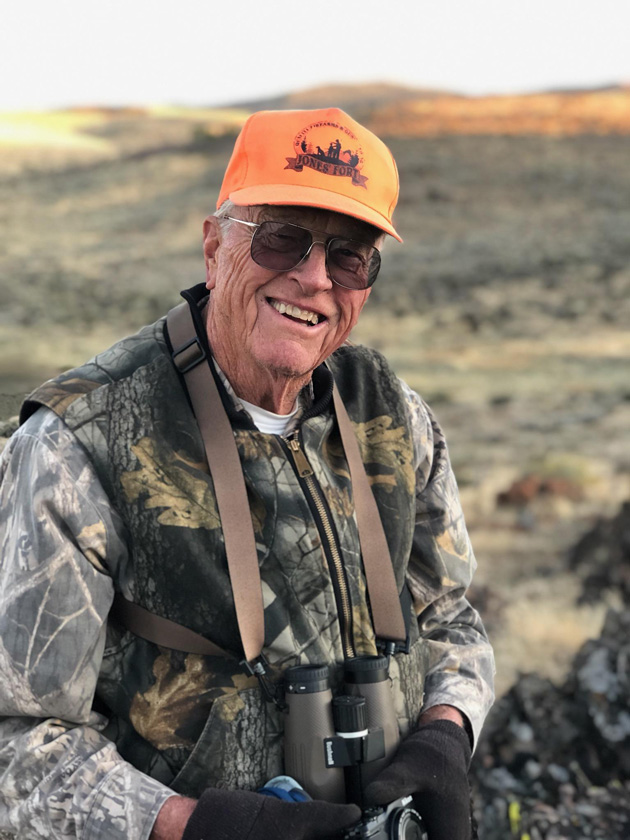 Higley was well known for his turkey hunting knowledge, which graced the pages of Turkey Country magazine for the past 12 years. He hunted and fished since the early 1950s, when there were no viable populations of wild turkeys in California, and wrote for several different outdoors publications. He did it all in the wild, but his true love was turkey hunting.

Higley took part in California’s first spring turkey season in April 1971 – a one-week season – and to Higley’s knowledge, he was the only outdoor writer to harvest a gobbler on that opening morning of the ’71 season. It was Higley’s first tom, and he is credited with writing the first California turkey hunting story, which appear in Outdoor Life in 1972.

Higley wrote Hunting Wild Turkeys in the West in 1990 along with other hunting titles. His most recent book, Successful Turkey Hunting, was published in 2014. The Palo Cedro, California, resident routinely hunted northern Golden State birds and shared his years of experience with NWTF members through the pages of his Calling Wild Turkeys column in Turkey Country.

“Long before spring, I head for the hills often to sit in a blind where I watch, listen to and photograph flocks of turkeys just being turkeys,” Higley wrote in his online blog in March 2015. “… I must say, that even after 44 years of hunting turkeys and interacting with them nearly every day, I still eagerly await the opening of the spring season each year.”

Those were wise words nearly six years ago, and something every turkey hunter openly or privately wishes for every year. Just one more season. The Turkey Country staff at the NWTF is grateful for John’s contributions throughout the years.

Higley’s family is planning to hold a celebration of his life this spring. Contact John Higley’s daughter, Meredith, at mfeamst7@gmail.com for more information.