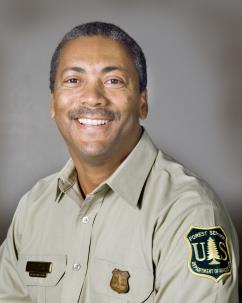 Moore has been serving as regional forester in the Pacific Southwest Region in California since 2007, where he was responsible for 20 million acres on 18 national forests. Additionally, he has overseen state and private forestry programs in Hawaii and the U.S.-affiliated Pacific Islands.

Previously, he served as regional forester for the Eastern Region, headquartered in Milwaukee, Wisconsin, for five years.

“I want to congratulate Mr. Moore on this well-deserved appointment to lead the U.S. Forest Service,” NWTF CEO Becky Humphries said. “His experience with multiple regions across the country gives him a broad perspective of the varying needs to restore National Forest System lands, and his time in the West makes him particularly suited to quickly address the growing threat of catastrophic wildfire. The NWTF looks forward to continuing to work with the Forest Service to increase the health and resiliency of our national forest lands that support wildlife, source water, communities and recreational opportunities.”

Moore will take the helm of the Forest Service following Chief Vicki Christiansen’s retirement on July 26.

(image courtesy of the fs.usda.gov)

NWTF’s Spezze Speaks before House Forum on Wildfire Prevention and Forest Health
The National Wild Turkey Federation’s National Director of Field Conservation Tom Spezze spoke last week to House Committee on Natural Resources Republicans on the behalf of active forest management and its importance to prevent catastrophic wildfire and encourage biodiversity.
Senate version of Recovering America’s Wildlife Act introduced
The National Wild Turkey Federation applauds the Senate introduction of a bill aimed at preventing the continued decline of fish and wildlife and their habitats. Scientists estimate that one-third of wildlife species in the United States are at risk of becoming threatened or endangered without much-needed funding for their proactive conservation.
MAPLand Act heads to House floor for vote
The Modernizing Access to our Public Land Act (MAPLand Act) heads to the full House floor after passing unanimously from the House Committee on Natural Resources last week.
Missouri Gov. Parson Signs Prescribed Burning Act into Law
The NWTF applauds a new law in Missouri that encourages the use of prescribed fire as a vital land management tool.
NWTF praises appointment of Moore as Forest Service Chief
The National Wild Turkey Federation applauds U.S. Secretary of Agriculture Tom Vilsack’s appointment of Randy Moore as chief of the USDA Forest Service.
Brand Evolution FAQ
Your answers to some of the most frequently asked questions in regard to the NWTF's brand evolution.
NWTF and Mossy Oak to continue partnership with added focus on funding turkey research
Mossy Oak recently renewed its support of the National Wild Turkey Federation, signing a five-year agreement to continue as official camouflage of the NWTF, official convention sponsor and facilitate mission related activities to conserve the wild turkey and preserve our hunting heritage.
The World Turkey Calling Championship
More than 70 of the top turkey callers in the world came to Mobile, Alabama from at least 18 other states on June 11-12, 2021, at the Arthur R. Outlaw Mobile Convention Center, to compete for the title “world champion.”
Urge your assembly member to vote NO on AB 1223 TODAY!
Two weeks ago, AB 1223 – an additional 11% excise tax on the sales price of all sporting arms, firearm parts and ammunition sold in California, as well as an additional excise tax of 10% on the sales price of all handguns –.fell short of the votes needed to pass off the floor.
NWTF Opposes Nominee for ATF Director
The National Wild Turkey Federation recently signed onto a letter from a coalition of hunting, conservation and outdoor organizations, manufacturers and retailers opposing President Joe Biden’s pick for the director of the Bureau of Alcohol, Tobacco, Firearms and Explosives (ATF).