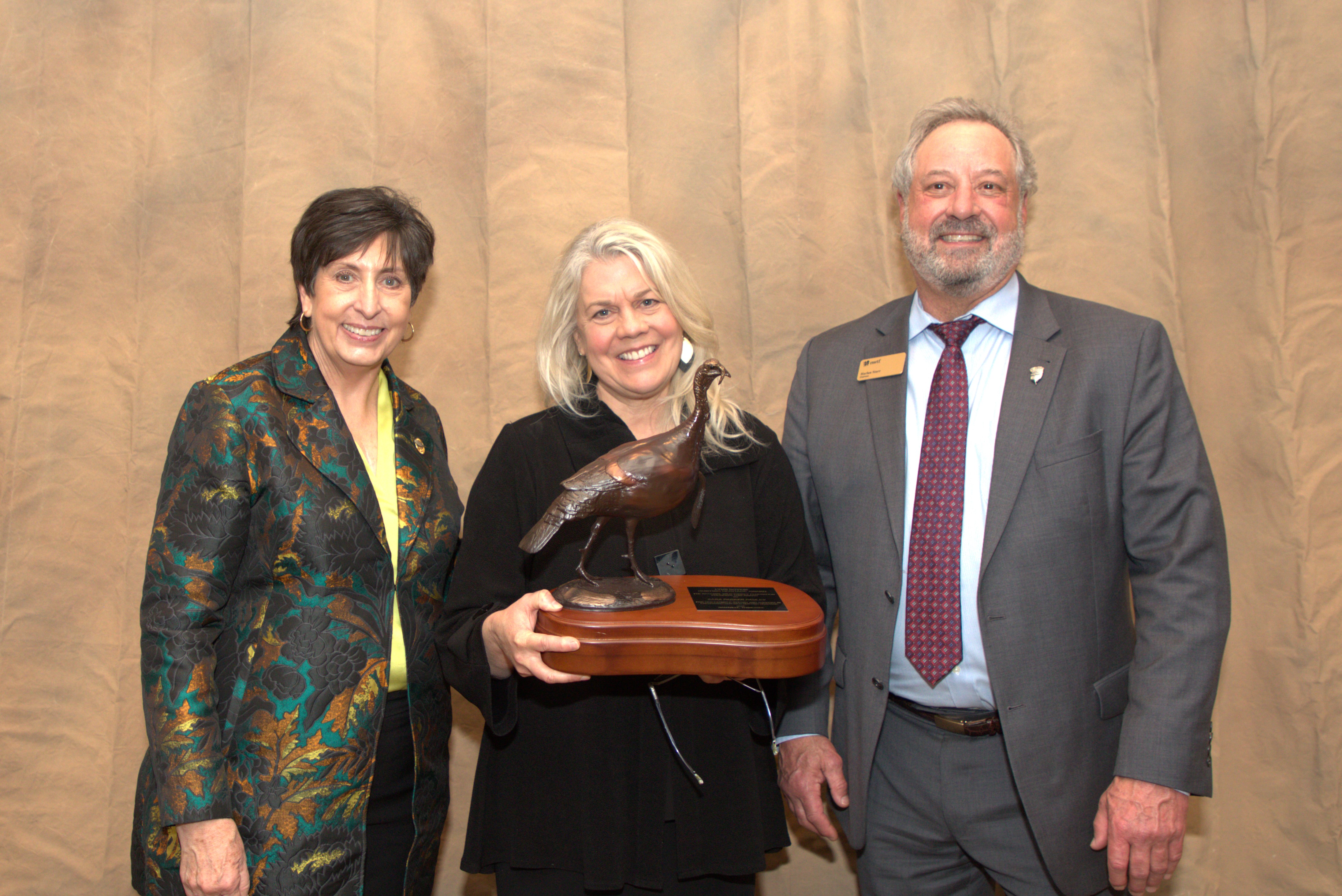 NASHVILLE, Tenn. – The National Wild Turkey Federation recognized Sara Parker Pauley, director of the Missouri Department of Conservation, with the Lynn Boykin Hunting Heritage Award for her contributions to conservation and the preservation of our hunting heritage.

“As someone who has spent my entire career championing the conservation mission, including as a former NWTF employee, it is truly an honor to be recognized for the Lynn Boykin Hunting Heritage Award,” said Pauley, who was an NWTF Women in the Outdoors regional coordinator from 1999-2000. “She was a role model to women conservation leaders and her legacy of furthering the hunting heritage in this country has made a lasting impact. It’s a humbling experience to be recognized by NWTF — an organization I care so deeply about — and I will do my best to keep shining the light on this important conservation work we continue to work on together.”

The Lynn Boykin Hunting Heritage Award’s namesake was a former president and chairperson of the NWTF’s National Board of Directors. During her tenure, she emphasized the importance of hunting heritage and helped create a new outlook for the organization. Today, the NWTF’s mission to celebrate and preserve North America’s hunting heritage is some of its most important work.

As Boykin did, Pauley lives her life working to advance our nation’s outdoors traditions.

Pauley is currently serving as the ninth director of the Missouri Department of Conservation since its formation in 1937 and is the former president of the Association of Fish and Wildlife Agencies.

A native of Columbia, Pauley received both her law degree and bachelor’s degree in journalism from the University of Missouri and did post-graduate studies in Australia as a Rotary Fellow. She previously served as director of the Missouri Department of Natural Resources from 2011-16. She has worked as project manager for D.J. Case & Associates, a natural resources communications firm, and as a deputy director for the Missouri Department of Natural Resources. She has been an instructor at the University of Missouri’s School of Natural Resources, teaching a course in natural resource policy and administration.

Over the years, though her career path varied, it has never strayed far from her personal desire to be engaged in the stewardship and the enjoyment of Missouri’s natural resources. In more recent times, Pauley has led the Missouri Department of Conservation and previously the Association of Fish and Wildlife Agencies through the COVID-19 pandemic and continues to challenge her colleagues to develop ways to increase diversity and ultimately expand the conservation community.

“We are especially thankful for Sara’s service to Missouri’s great conservation story and her leadership as director,” NWTF CEO Becky Humphries said. “Her determination to diversify the outdoors and make America’s conservation story inclusive of people of all walks of life has earned her the prestigious Lynn Boykin Award.”