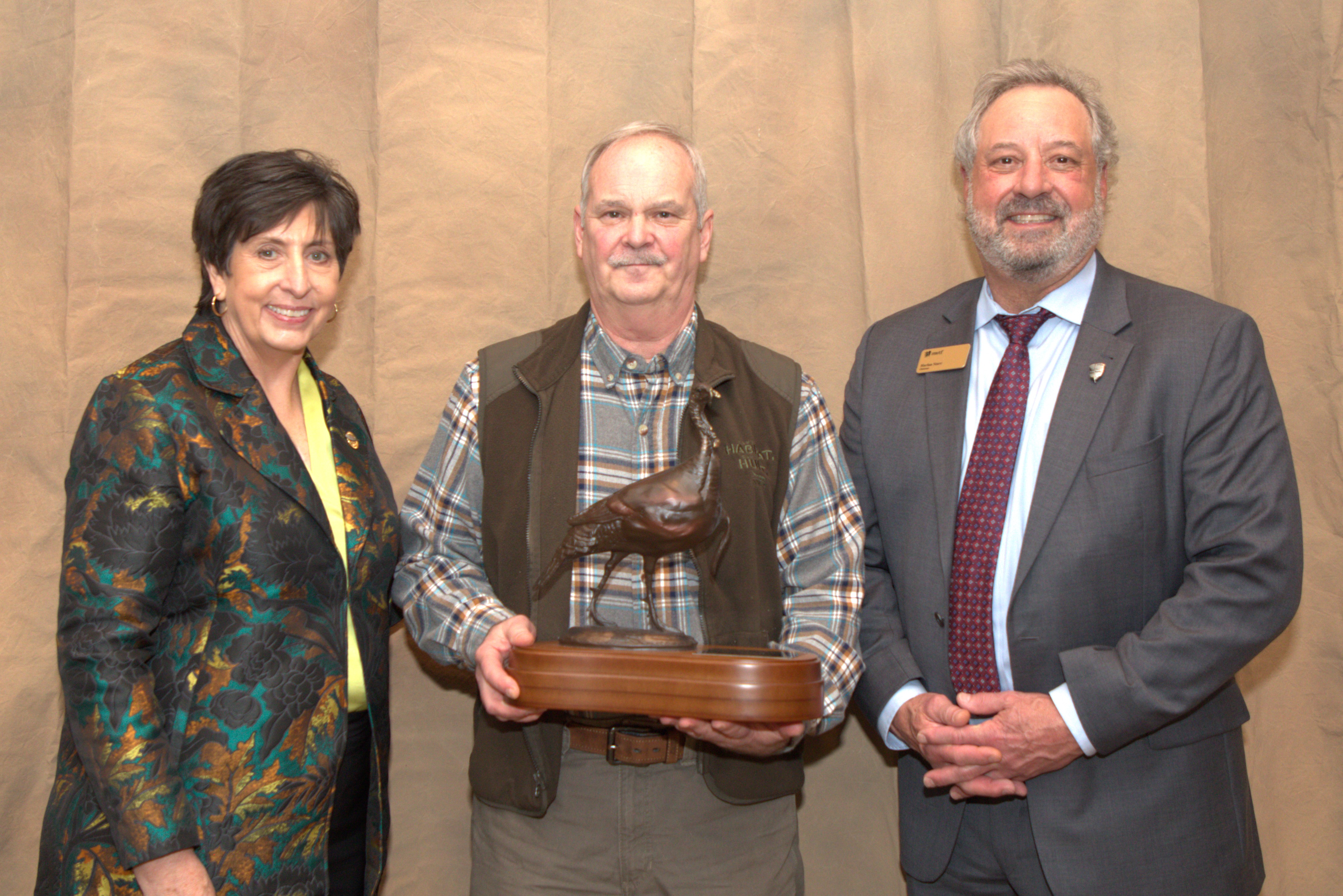 NASHVILLE, Tenn. – The National Wild Turkey Federation honored Jody “Putt” Rohm with the Dick Kirby Award for his excellence in turkey call making and his commitment to the NWTF mission.

“I was 17 when I went to NWTF’s first-ever convention,” Rohm said. “To receive this award 45 years later and see how much turkey hunting and conservation have shaped my life is profound and an honor.”

Rohm was recognized with the Dick Kirby Award at the 46th annual NWTF Convention and Sport Show, sponsored by Mossy Oak.

The award is named for turkey hunting legend Dick Kirby, who was the brains and heart behind Quaker Boy Calls. He also was one of the original members of the NWTF, serving nine years on the NWTF National Board of Directors in the 1990s.

Rohm has been in the call making business nearly his entire life. It started with his love of turkey hunting when he was younger. He is one of four sons of the legendary Dale and Ann Rohm. Dale introduced Jody to call making as a young man, and for the last 20 years, Jody has taken ownership of the D and A Private label after his father retired from full time call making at the company.

During this time, Jody “Putt” Rohm has contributed to the mission of the NWTF in numerous ways, including donating and supplying calls for fundraising, creating an avenue for custom awards and volunteering for his local chapter.

Jody “Putt” Rohm has donated countless items to the NWTF on a national, state and local level, which has enabled fellow volunteers to successfully raise critical funds for NWTF’s mission.

There have been many instances where chapters have been in a pinch and needed products to make a fundraising event successful, and Jody Rohm has been there to save the day, coming through with something special for the occasion.

“Putt is as talented as he is generous and determined,” NWTF CEO Becky Humphries said. “We are thankful for his contributions to the NWTF and are proud to present him with the Dick Kirby Award.”