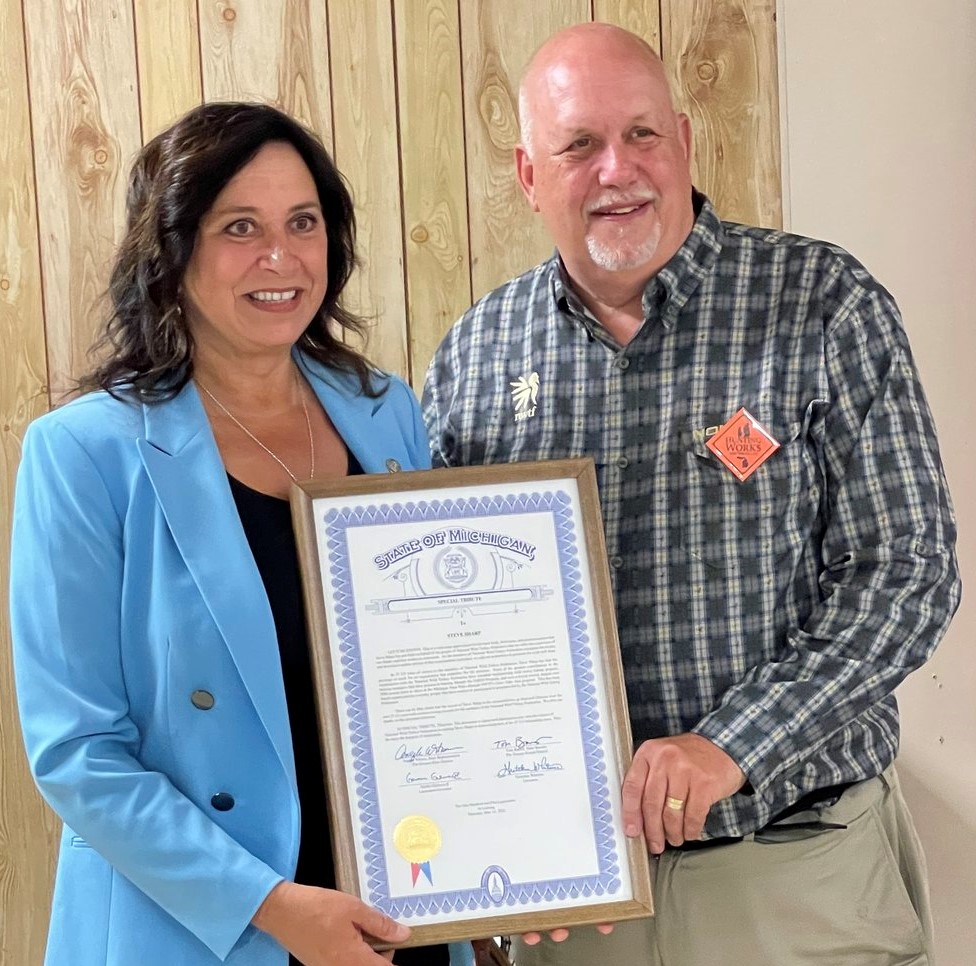 The recently retired NWTF Michigan R3 coordinator, and stalwart former regional director for many years, was presented with a special tribute from the Michigan State Legislature. House Rep. Angela Witwer presented Sharp with the award for his enduring, 28-year career working with the state’s legislature on behalf of the NWTF.

“I’m honored to receive this award, but I accept it on behalf of all of the NWTF’s hard-working volunteers in Michigan,” said Sharp, a Sunfield, Michigan, native and NWTF life member who first joined in 1994. “Over the years that I‘ve been working for the federation, we’ve worked closely with the Michigan Legislative Sportsmen’s Caucus; we were actually the first [nongovernmental organization] to sponsor the caucus, and over the years, our state chapter presidents have always been involved.”

Sharp recalled the strong relationships he and NWTF volunteers have built with their state’s lawmakers through the NWTF’s Legislative Hunt.

“We’ve been putting on our Legislative Turkey Hunt at Fort Custer for many years, thanks to our Turkeyville Toms local chapter,” Sharp said. “Through that hunt, NWTF volunteers and I have had the pleasure of taking many representatives and senators hunting.”

Sharp explained that there’s no better way to showcase the NWTF mission than in the turkey woods.

“This hunt allows our lawmakers to go out in the woods and learn what our mission is all about,” he said. “Once you’re in the woods, it’s easy to connect all the dots and understand why hunting and conservation go hand in hand.”

Sharp’s retirement announcement was recognized and celebrated by NWTF staff earlier this year at the NWTF’s 46th Annual Convention and Sport Show in Nashville.