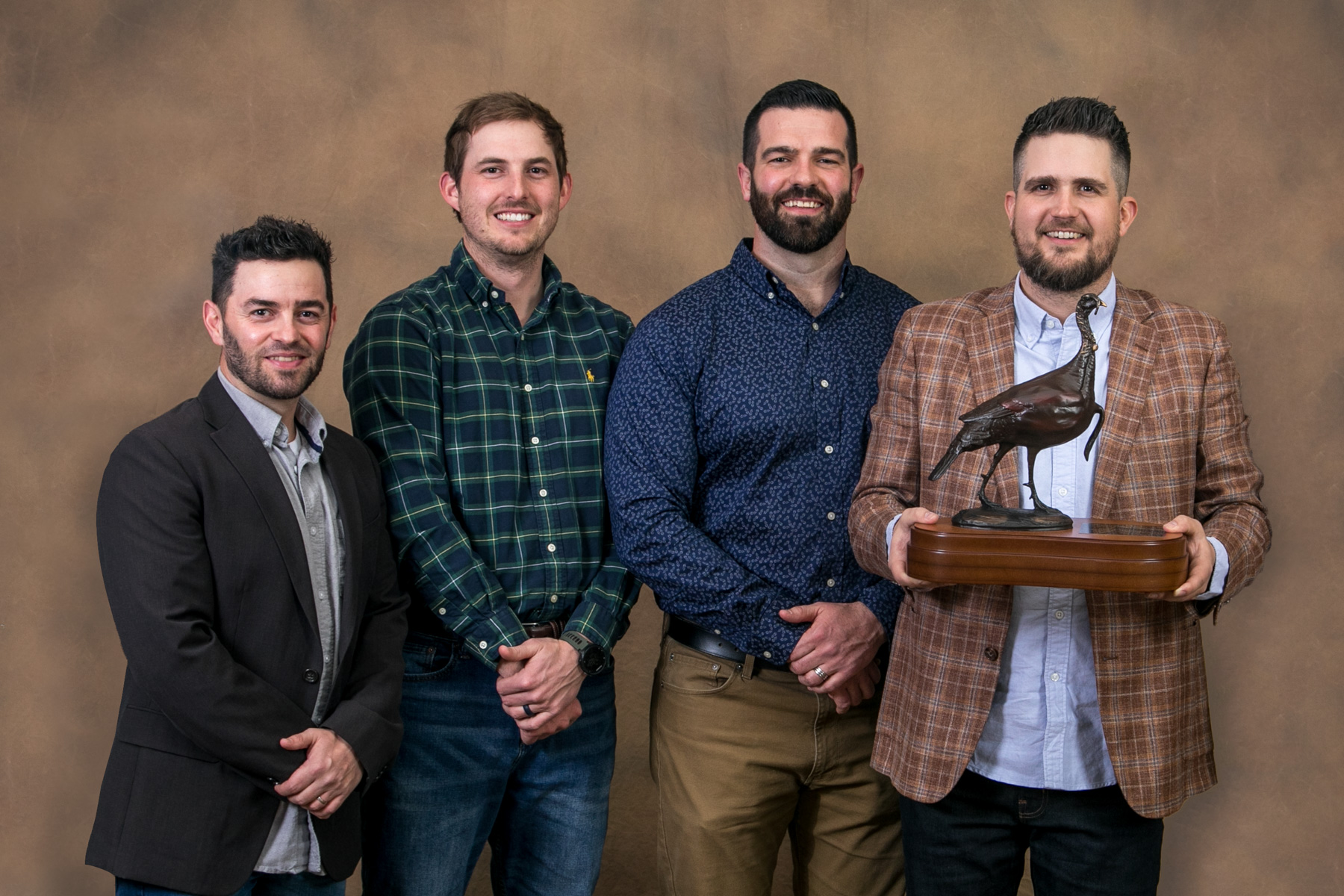 NASHVILLE, Tenn. – Slate and Glass received the National Wild Turkey Federation’s Tom Kelly Communicator of the Year Award for its work with the series Undivided, a show that exemplifies the R3 movement.

“We are very grateful and blown away to just be considered for an award like this, let alone actually receive it,” said Nathanial Maddux, creative director and owner Slate and Glass Media. “I’ve been hooked on turkey hunting since I was a kid, and I’ve always wanted to take people turkey hunting to have them share in this remarkable experience. Continuing this theme through video content is our goal. This is like winning a Grammy, and we are excited to continue to keep taking people out and sharing our passion.”

Maddux and his Undivided co-host, Jeremy Thomas, accepted the award at the 44th annual NWTF Convention and Sport Show.

This award named for Col. Tom Kelly, a longtime NWTF advocate and turkey hunting’s poet laureate, recognizes a communicator who has done an outstanding job of sharing NWTF’s role in the wild turkey restoration story.

Slate and Glass’ work for the NWTF has ranged from various video projects; however, its work for the “Recruits” installment of the video series, Undivided, showcased the essence of the R3 (recruit, retain and reactivate) movement.

“We [hunters] have a great story that needs to be shared with as many people as possible,” NWTF CEO Becky Humphries said. “Thanks to Slate and Glass’ Undivided, great R3 stories have been captured in their purest forms.”