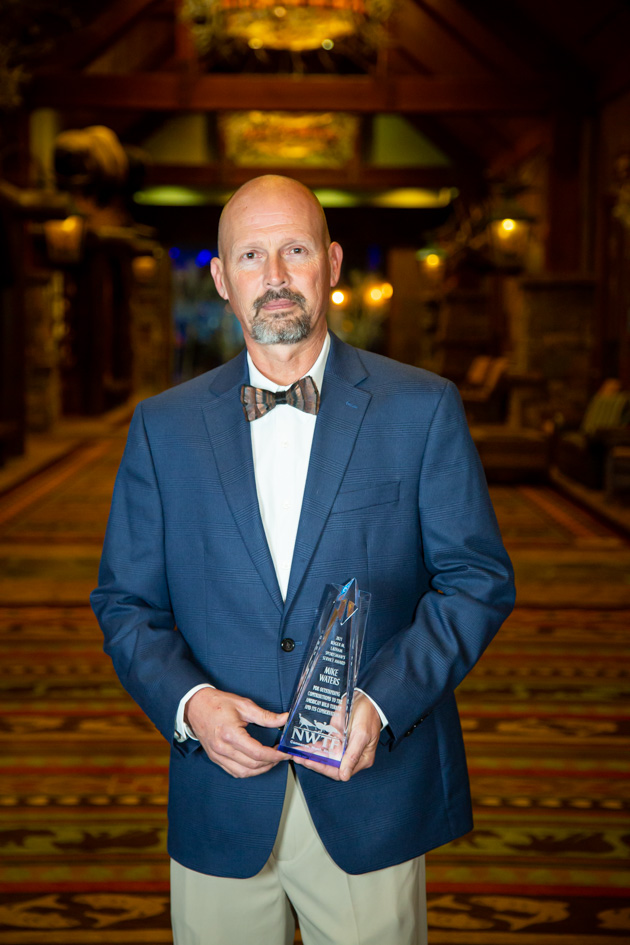 EDGEFIELD, S.C. – Mike Waters of Greenwood, South Carolina, received national recognition from the National Wild Turkey Federation as the recipient of the Roger M. Latham Sportsman Wild Turkey Service Award for his leadership as an NWTF volunteer and for his devotion to the NWTF’s mission.

“It is a great honor to receive this award,” Waters said. “I would like to thank the South Carolina State Board for the nomination and everyone who has supported me. Three years ago, I watched my dad, Dennis Waters, receive this award, and to follow in his footsteps is an honor and a privilege. The NWTF is a huge part of my life. The work they do has a lasting impact on wildlife conservation, and I am proud to be part of such a great organization.”

Waters is a veteran of the NWTF South Carolina State Chapter. An active member for many years, Waters currently presides as South Carolina’s state chapter treasurer and is a staunch advocate for the wild turkey and hunters in the state. Waters was one of the state board members who attended the South Carolina legislative hearings on bills affecting wild turkey seasons and bag limits in South Carolina.

In addition, Waters annually initiates and manages up to 22 fishing rodeo events per year for both JAKES and Wheelin’ Sportsmen. Waters is regarded by his peers as an ideal example of a volunteer who continues to demonstrate outstanding contributions for the NWTF.

“We are proud to honor Mike’s devotion to the NWTF mission and his contributions as an NWTF volunteer,” NWTF CEO Becky Humphries said. “His selflessness shines in all that he does for others.”