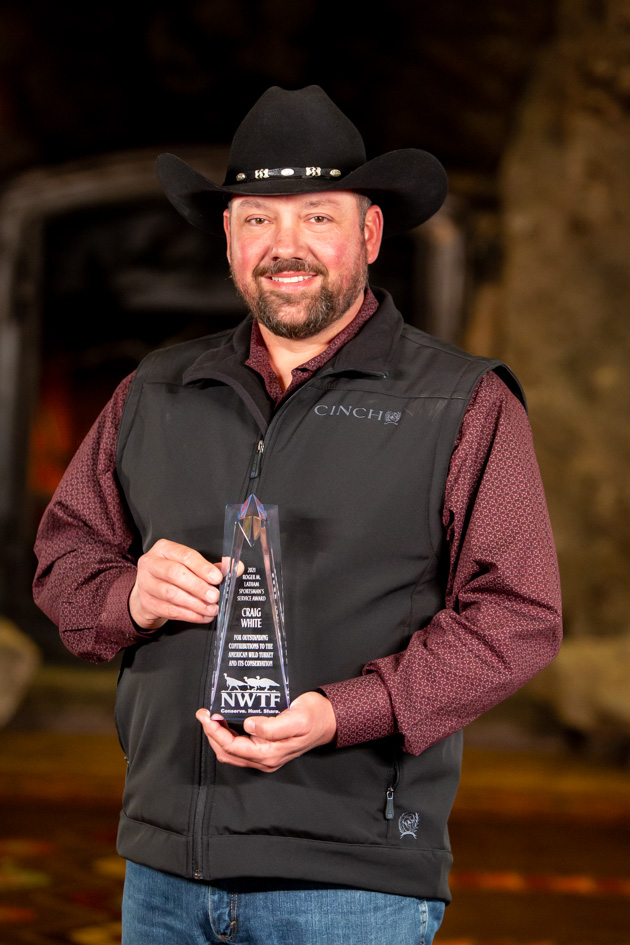 EDGEFIELD, S.C. – Craig White of Huntington, Texas, has received national recognition from the National Wild Turkey Federation as the recipient of the Roger M. Latham Sportsman Wild Turkey Service Award for his leadership in in the Lone Star State.

“It is truly an honor to be nominated and to receive this prestigious award,” White said. “As I look at the list of past recipients, I’m humbled to be in the mix with some of the greatest volunteers to ever contribute to the NWTF. I was asked to join my local chapter several years ago by a good friend, but soon thereafter, I developed a love for the mission of NWTF, and I was ready to do everything I could to make it better and help enable our younger generation to carry on our legacy. I look forward to continuing our efforts and working to reach new milestones as the years pass.”

White is a dedicated steward of the wild turkey and proponent of the NWTF’s mission in Texas, which was evident in his four-year service as NWTF state chapter president. In that role, White brought exemplary leadership skills, fresh ideas, a businesslike approach and encouragement to NWTF volunteers.

“Craig’s commitment to the NWTF’s charge is tireless,” NWTF CEO Becky Humphries said. “He is an exemplary NWTF volunteer and leader, and we are honored to present him with a Roger Latham Award.”