Symposium Concludes with Celebration and Acknowledgement of More to be Done

The final day of the 12th National Wild Turkey Symposium concluded with acknowledging the past, celebrating the last three days and continuing the momentum for the foreseeable future. 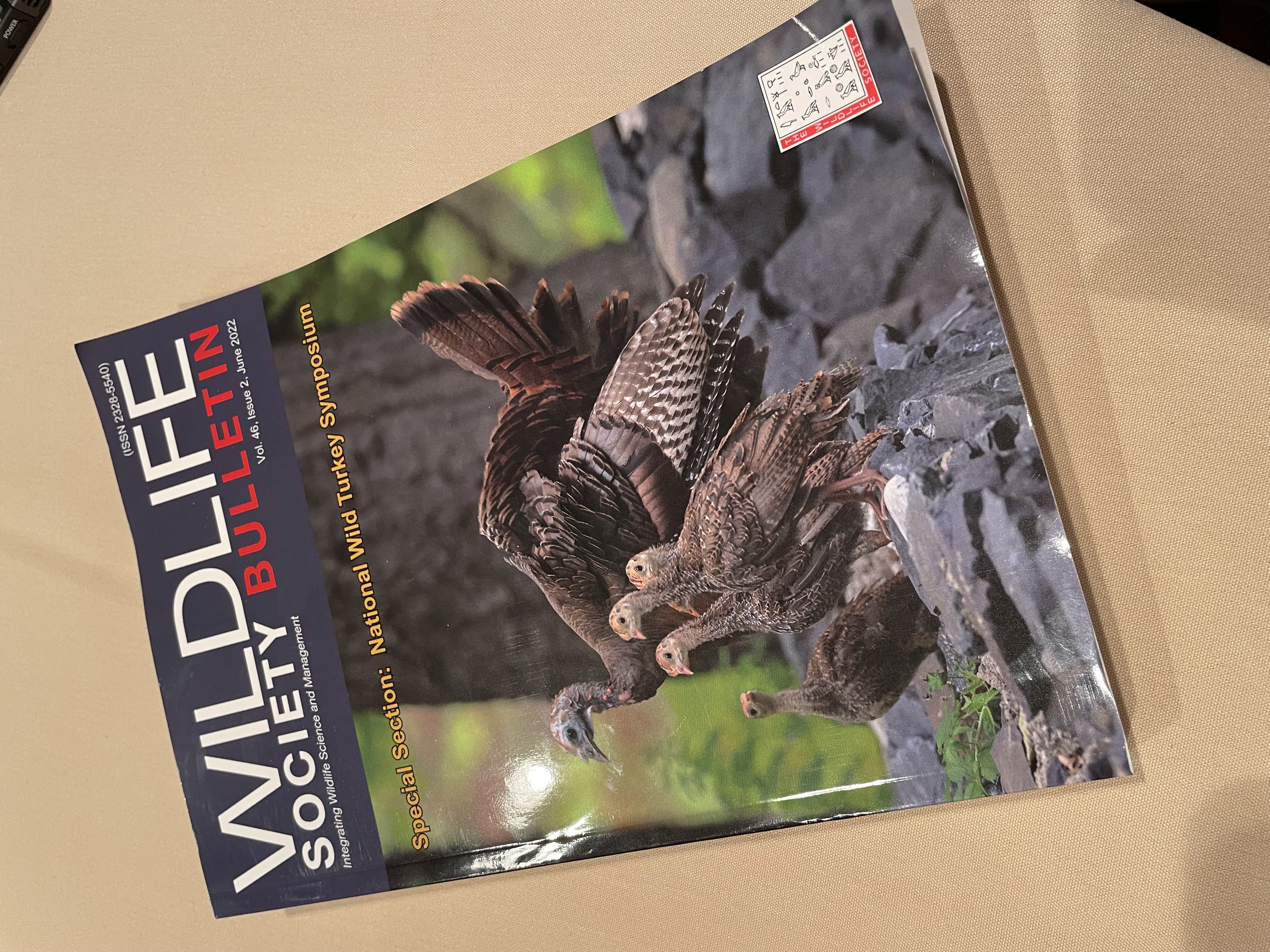 Throughout the last day, wild turkey researchers continued to share the findings of projects that have been years in the making, which were presented in two overarching sessions, population dynamics and reproductive ecology. Despite being in just two themes, presentations covered various novel and pressing topics.

Nest abandonment and predation are both driven by predator movement, Collier explained as he presented “Spatial Distribution of Potential Wild Turkey Nest Predators in West-Central Louisiana.”

Collier described that it has become commonplace in the wild turkey research community to examine vegetative structure as it relates to wild turkey nesting. Still, the LSU professor suggested that is only one side of the equation to understanding why wild turkey nests fail.

Throughout the day, researchers presented data that complemented each other and material that went against the grain.

“That is how we have meaningful growth that helps us address wild turkeys in the most productive way,” said Mark Hatfield, NWTF director of conservation services. “If we never challenged each other, we would never make any progress.”

After presentations, the symposium’s poster reception gave researchers a chance to show off their research both concisely and creatively. 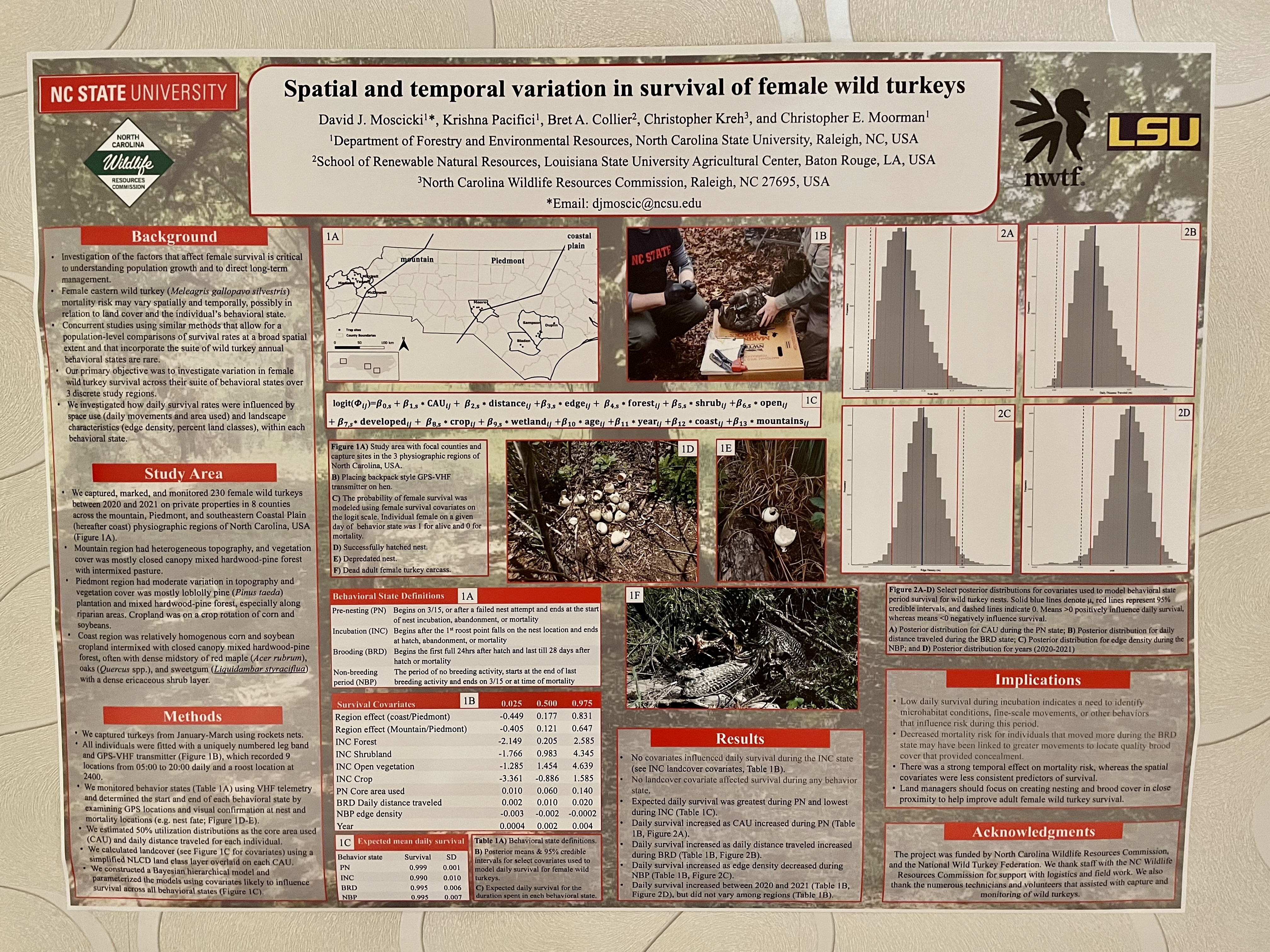 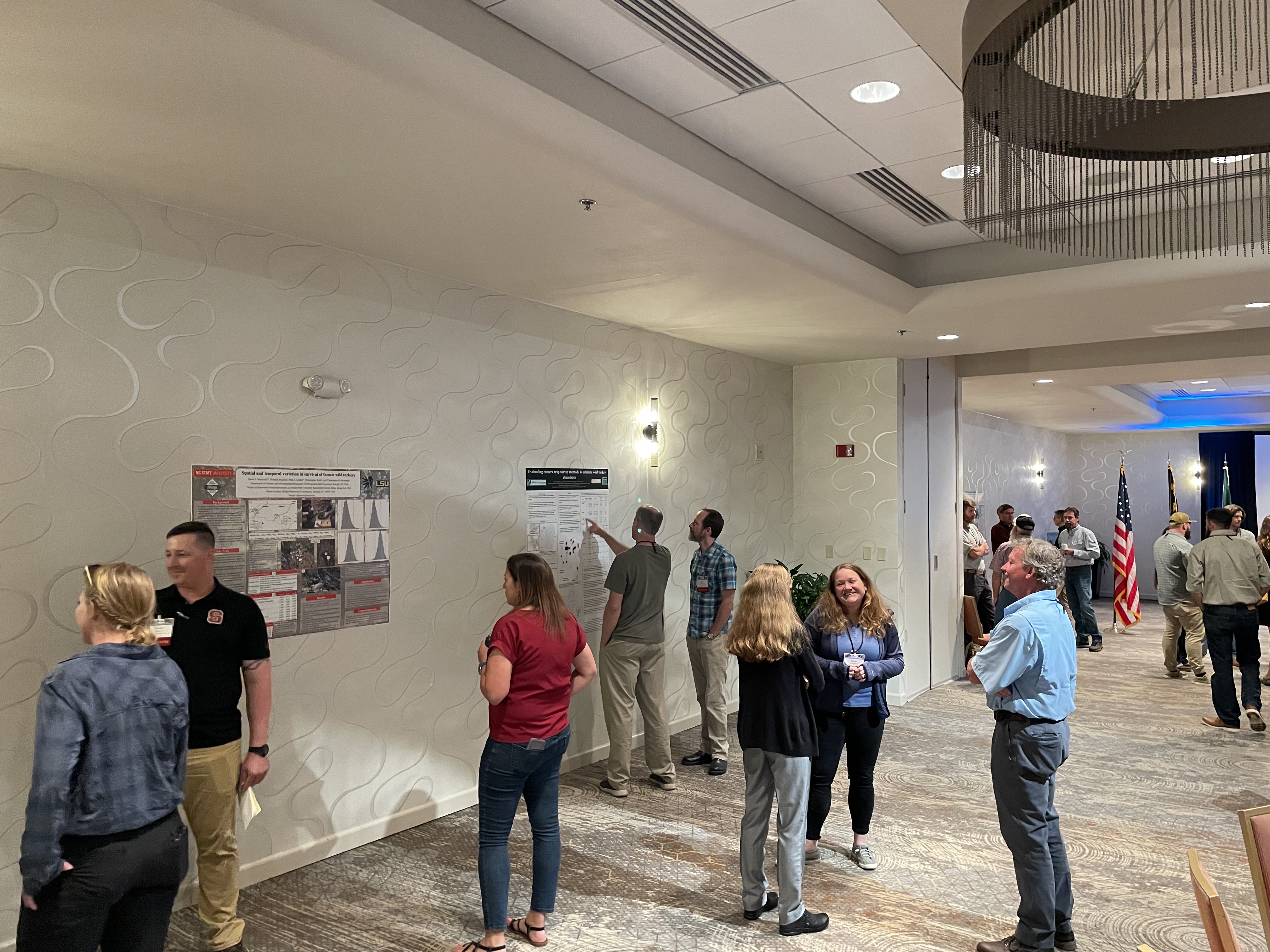 Following a week full of meaningful discussions, field trips and progress, the symposium concluded with acknowledging the past and continuing the momentum far into the future. 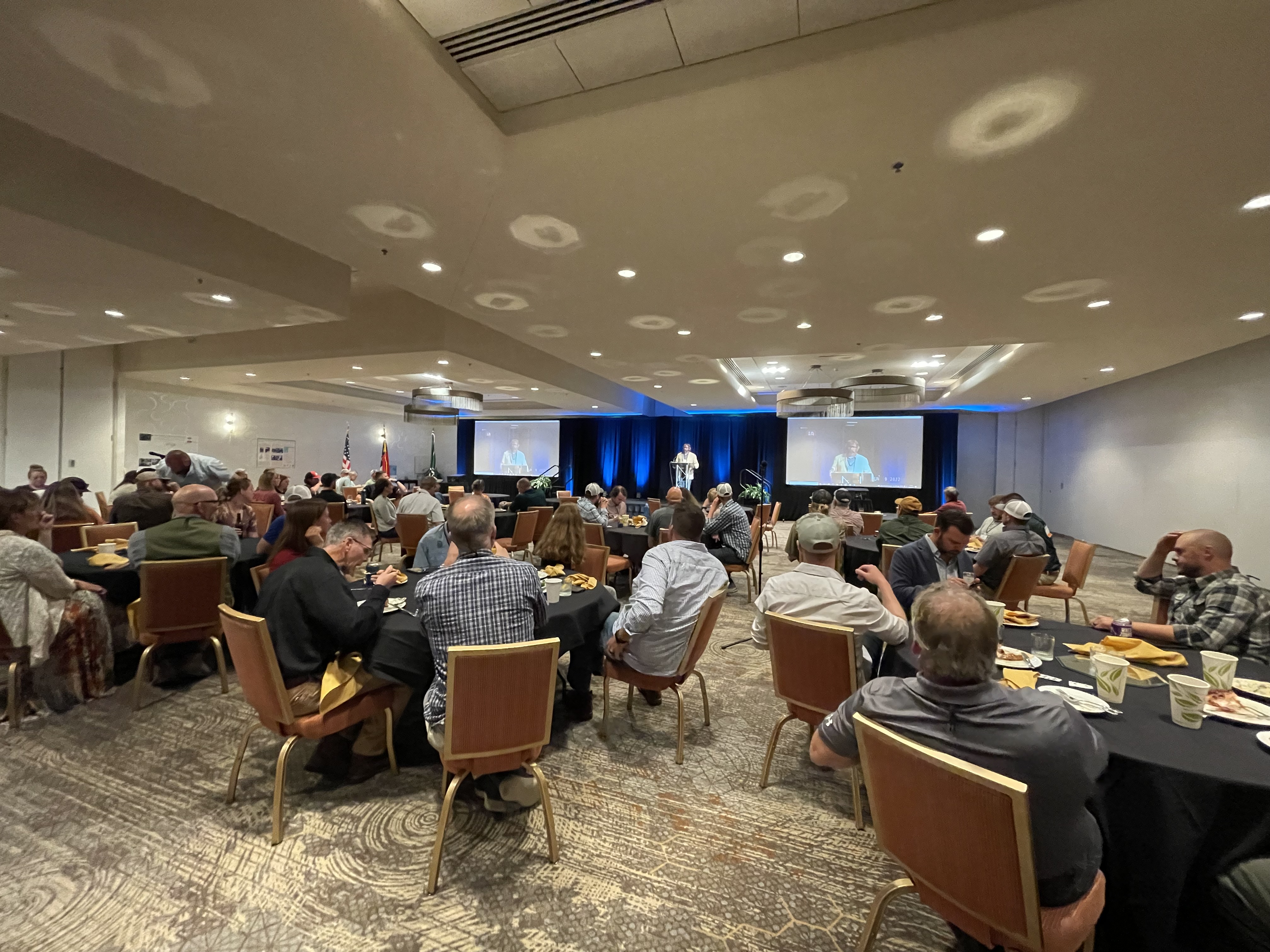 “There’s a lot of people that have allowed us to get here that are not here tonight, and we all owe them gratitude and thanks for creating the stage and creating the platform for us to continue this important work,” said Hatfield at the symposium’s closing banquet. “I think everybody recognizes the challenges we face moving forward. The NWTF is committed to expanding this body of work, so we’re committed to having the 13th symposium in 2025. We are going to keep turkey research relevant, and we are going to continue this momentum we created this year. Thank you all for the passion you’ve brought to the resource.”

Keep an eye out for the forthcoming NWTF’s Turkey Call All-Access Podcast, where the NWTF sits down with researchers, personalities and NWTF biologists to distill this information and what it means for turkey hunters.