Wild turkeys are known to fly from time to time, mainly to and from the roost, but on occasion, a wild turkey will take a longer flight, to escape a precarious situation, for instance. The recent journey of 15 birds from Buckport, Maine, to Angelina County, Texas, however, entails a bit of a longer flight.

These cold-hardy birds from the Northeast were transported to Texas as part of the acclaimed East Texas Super Stocking project, an ongoing project, since 2014, to restore the Eastern Wild Turkey population to its historic range in east Texas.

Capturing these particular birds and relocating them to east Texas is a collaborative effort between the Maine Department of Inland Fisheries and Wildlife, the Texas Parks and Wildlife Department and the NWTF. Numerous other state agencies have supplied birds to the Texas project in recent years. 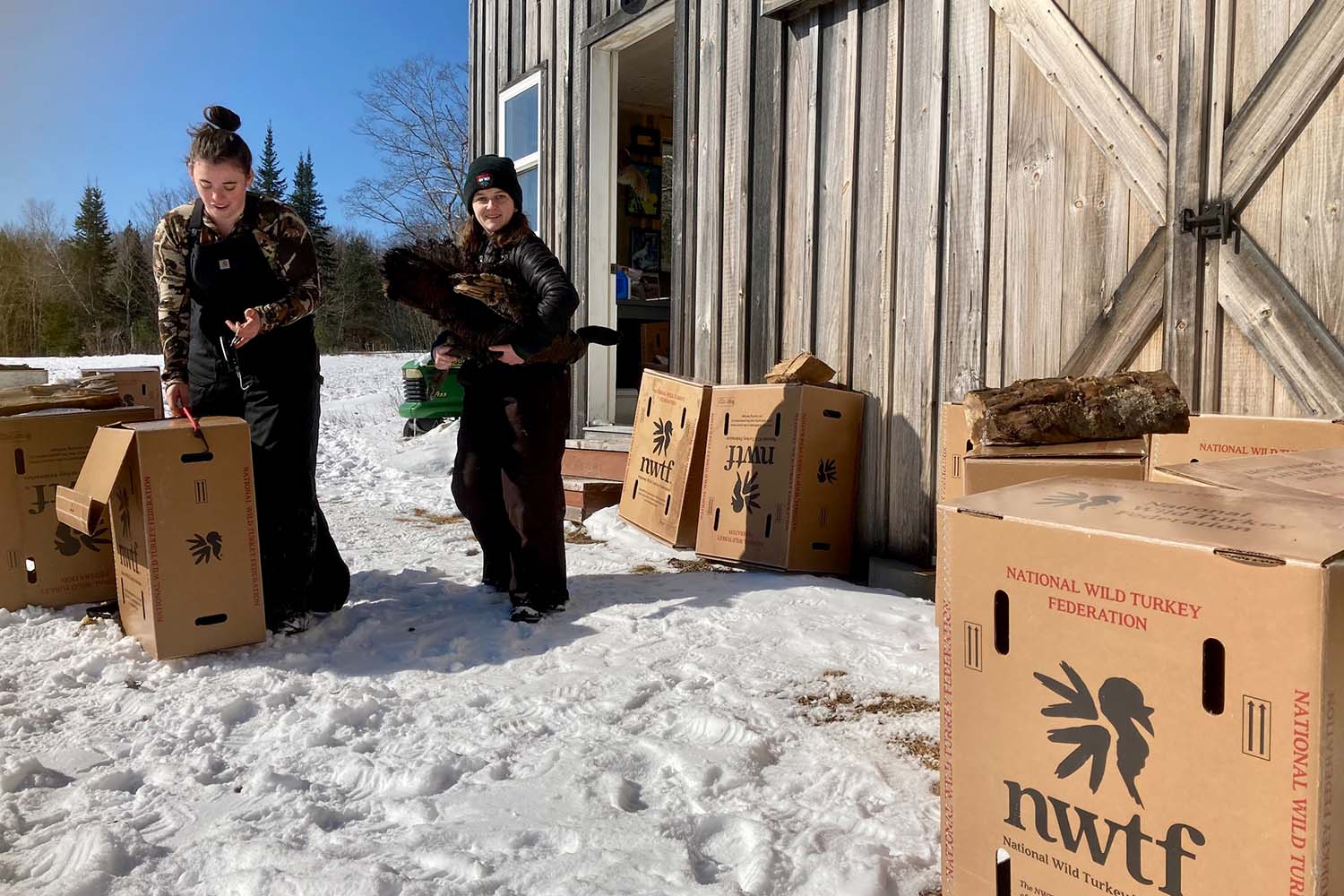 Maine IFW focuses its trapping efforts in Wildlife Management Districts with high population estimates and high, stable harvests. When possible, the agency also traps on areas where landowners are less welcoming of turkeys, such as dairy farms and private airfields.

“Winter is the easiest time to capture birds in Maine because the birds are gathered in large, winter flocks and snow cover limits access to food, which means the birds will more readily take to bait,” said Matt DiBona, NWTF New England district biologist. “In order to minimize stress to the birds, MDIFW and NWTF staff and volunteers work quickly to get birds marked, tested for diseases, transported on a commercial airline and released in Texas in under 48 hours.” 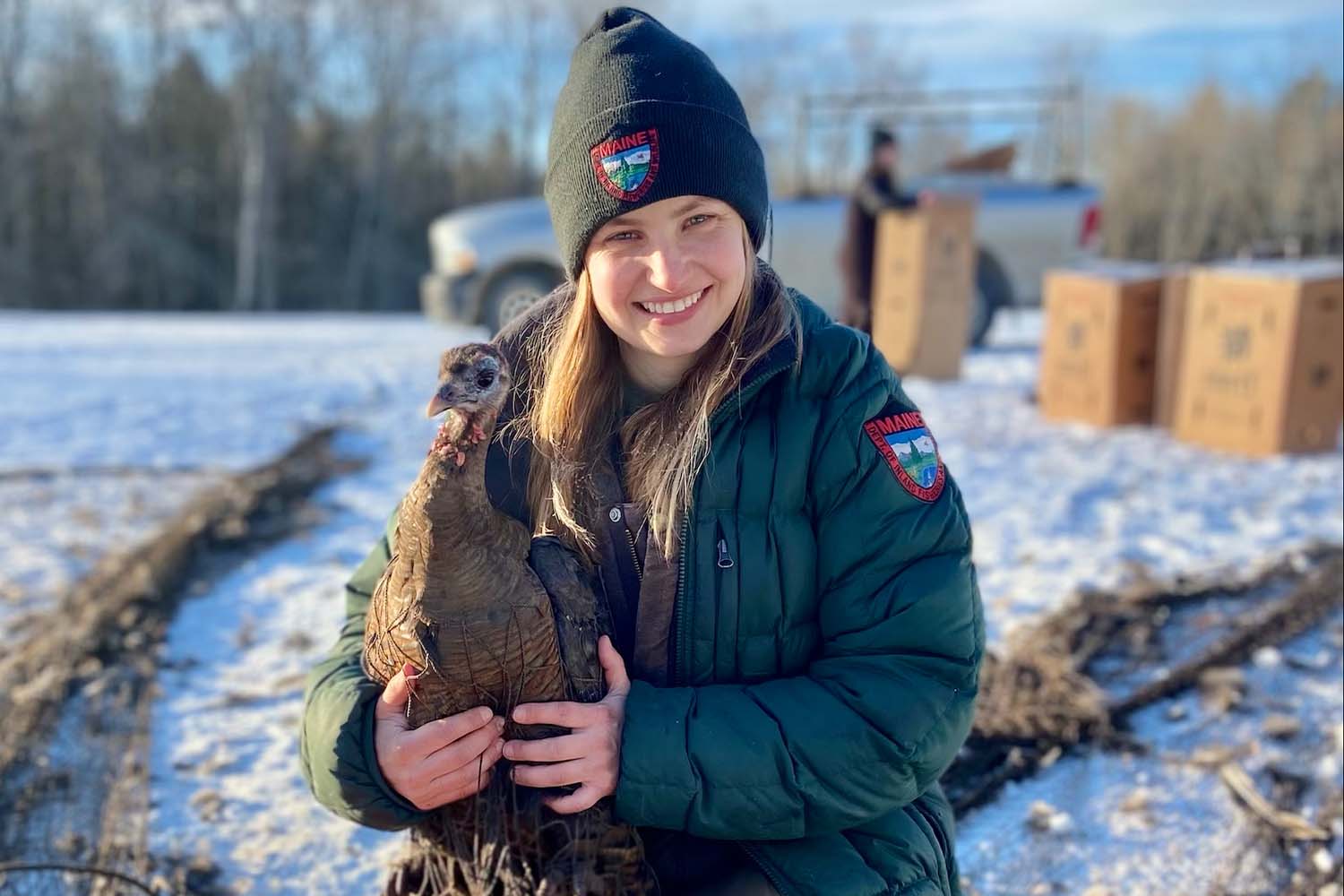 Since Maine’s efforts began in 2021, the agency has supplied over 130 birds to Texas, with more birds anticipated in 2023. Maine IFW has committed to providing Texas with at least 150 birds in support of this restoration effort, and considering their success to date, they are on track to easily meet, or even exceed, this goal.

“The NWTF provides important logistical support to get these birds from the trapping site in Maine to the approved habitat in Texas,” said DiBona. 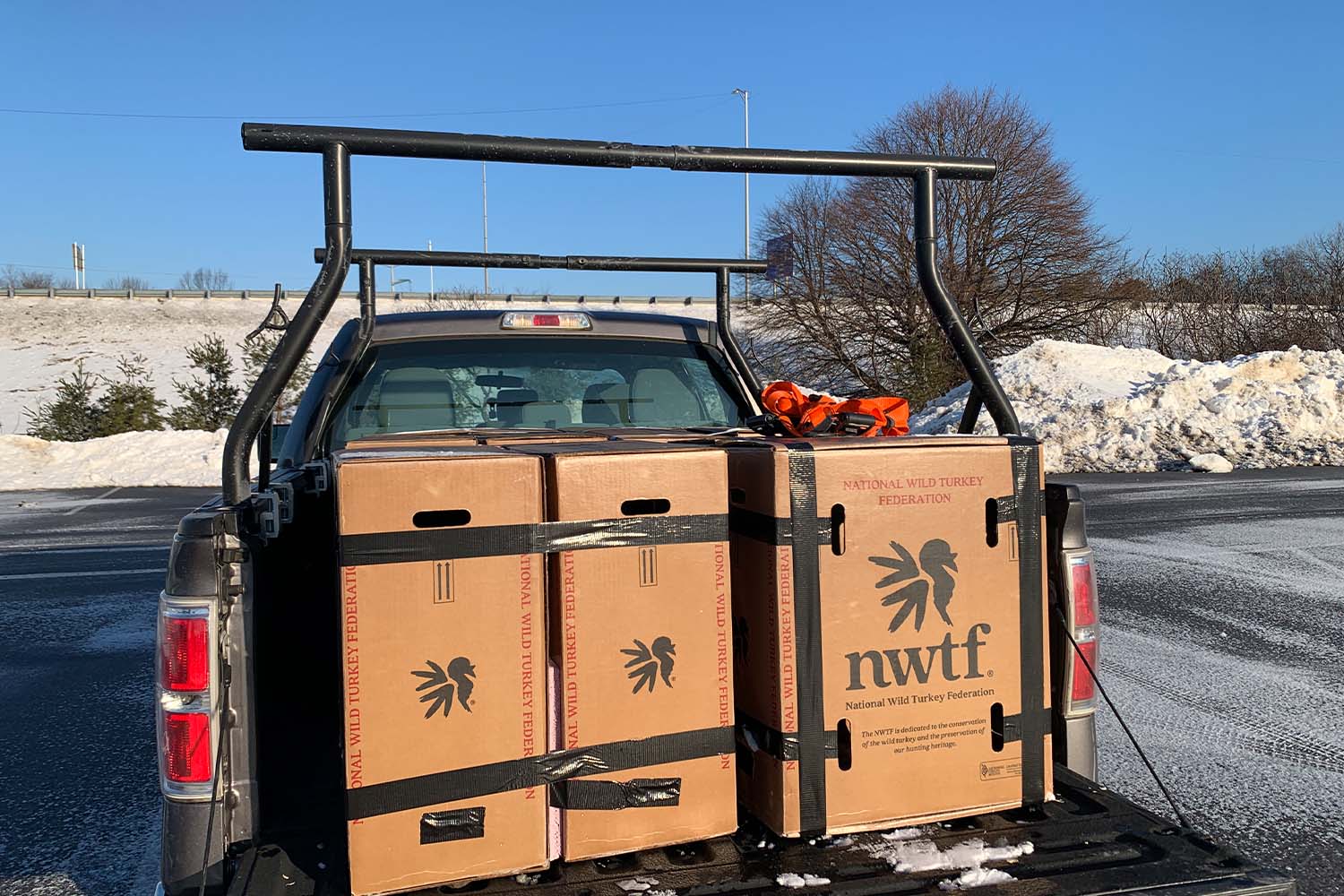 Less than 24 hours after trapping and testing by Maine wildlife agency staff, DiBona picked the birds up, loaded them in a truck and drove them a few hours to the Boston-Logan International Airport, where they flew as cargo to Houston.

The birds spend their two-day journey in NWTF Making Tracks boxes, which have been used for decades in the wild turkey restoration efforts and are sort of an icon for trap-and-release efforts.

It’s easy to envision these birds being placed on the scale at baggage check in, as we would do with our cumbersome luggage, but these birds, each in an individual box, were brought to a section of the airport that many of us are probably unfamiliar with.

“The airline staff at cargo shipping are always a little caught off guard when I tell them I’m shipping wild turkeys,” DiBona said. “But after I explain what we are trying to achieve, they always think what we are doing is pretty cool.  Most of them have never had a chance to get this close to a turkey.”

Once these rugged Maine birds arrived in Texas, TPWD staff also ran tests before releasing the birds on land that is at least 10,000 acres of contiguous habitat — no doubt a little warmer than Maine — and previously approved by TPWD and NWTF staff.

“There is a lot entailed in making this project a success,” DiBona said. “All the work that goes into getting these birds from point A to point B and ensuring that they thrive just shows the dedication between all parties involved. It really is a success story.”

Learn more about the wild turkey restoration story in Maine, which was seeded from similar efforts.