Partnerships exemplify the NWTF’s Save the Habitat. Save the Hunt. initiative on Kentucky’s Daniel Boone National Forest.

“Nature was here a series of wonders, and a fund of delight.” — Daniel Boone

The Kentucky landscape to which hunter and conservationist Daniel Boone was referring is magnificent in its scope and beauty. Some 708,000 acres of that wilderness wonderland is today known as the Daniel Boone National Forest, in honor of the legendary frontiersman.

Much of the terrain is hilly and mountainous, with some parts of the DBNF’s rugged landscape near its southern boundary rising nearly 2,000 feet. The forest encompasses three major river systems, the Licking, Kentucky and Cumberland rivers, all flowing into the mighty Ohio River. Mixed hardwoods, such as oaks and hickories, along with yellow pine are prominent tree species. Home to a spectacular variety of wildlife, notable animals inhabiting this forest include black bears, coyotes, bobcats, elk, white-tailed deer, wild turkeys, ruffed grouse and bald eagles. That partial list does not include a remarkable number of reptiles, amphibians and fish species. “A series of wonders, and a fund of delight” … Boone may have understated the case.

This splendid forest is now the setting for work involving meaningful partnerships across organizations with conservation missions that overlap and support one another. Improved habitat and new, quality hunting opportunities are main offshoots of the efforts. 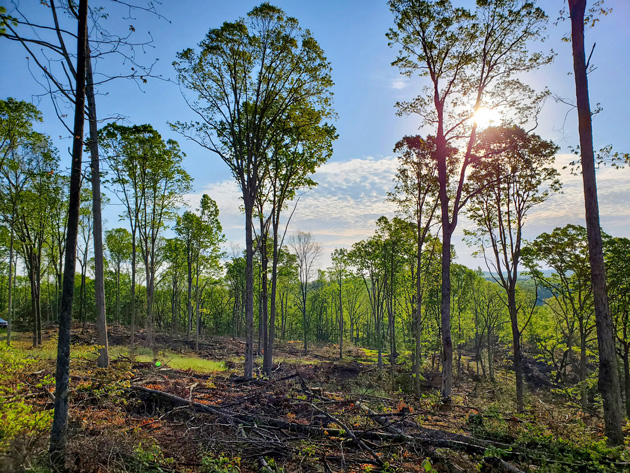 The NWTF, USDA Forest Service, Rocky Mountain Elk Foundation, Ruffed Grouse Society and the Kentucky Department of Fish and Wildlife Resources are all working together there to improve forest habitat. Their collaboration is the first Stewardship Project on the DBNF Stearns Ranger District. The work includes timber harvest, mid-story reduction (removing vegetation that is not beneficial to wildlife), wildlife openings management and tree planting on more than 1,700 acres.

Work in this ecosystem is critical to wildlife such as elk and upland game, and especially wild turkeys. By opening the forest canopy and encouraging early successional habitat, new growth is created. That growth produces food and cover for several wildlife species.

Derek Alkire, NWTF’s district biologist in Kentucky, has worked with the Forest Service on the project since July 2020.

“Because this area is so heavily forested, allowing sunlight to the forest floor through selective timber harvest and mid-story (the layer of forest vegetation with tree heights in between the heights of the smallest and tallest trees) reduction breaks up the habitat and creates diversity on the landscape. This benefits a variety of wildlife species. The early successional habitat generated does more than just produce food, it also provides quality nesting cover for ground and shrub nesting birds, as well as wild turkeys. The work that we are doing through our partnership is a home run for wildlife.”

Joe Metzmeier has been the wildlife biologist for the Stearns Ranger District for 18 years. He has an intimate familiarity with and connection to the forest and the wildlife that live in it.

“Overall, we are putting a component back on the landscape that has declined due to fire suppression and lack of herbivory (plants animals eat) from bison/elk and later domestic oxen. Part of the goal of any of these prescriptions is white oak and shortleaf pine recruitment, enhancement and development. In addition to elk and upland game, other wildlife that benefit from this project include bats, neotropical songbirds, small and mid-size mammals, to name just a few.”

Management service work activities to be completed under the Swain Ridge Supplemental Project Agreement include: 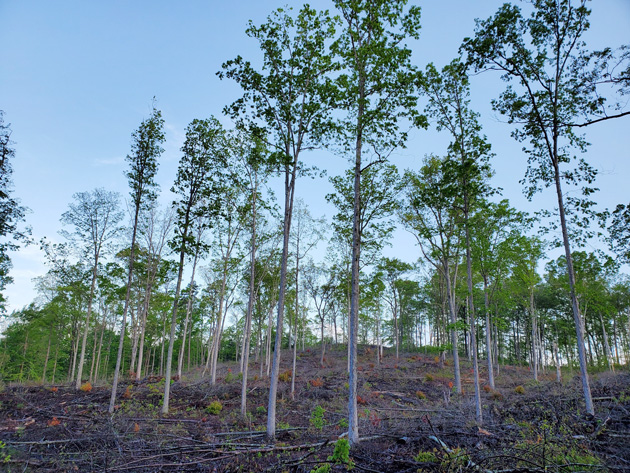 When the NWTF introduced its ambitious Save the Habitat. Save the Hunt. initiative more than eight years ago, the interdependence between the two connected concepts seemed obvious. Without healthy habitat or ecosystems, wildlife cannot thrive. Without sustainable wildlife populations, there is no hunting, and without hunting, funding (license fees and Pitman-Robertson taxes) for habitat improvement and conservation diminishes to the degree that the work is endangered.

While most of the partnership work directly pays off in terms of improved habitat, the efforts involving road maintenance and creating or improving wildlife openings should yield near-term success for hunters. Improved road systems enhance access to hunting areas while the openings advance chances for hunting success once in the forest. A trifecta for hunters, new and old alike: More game, more access and more success. 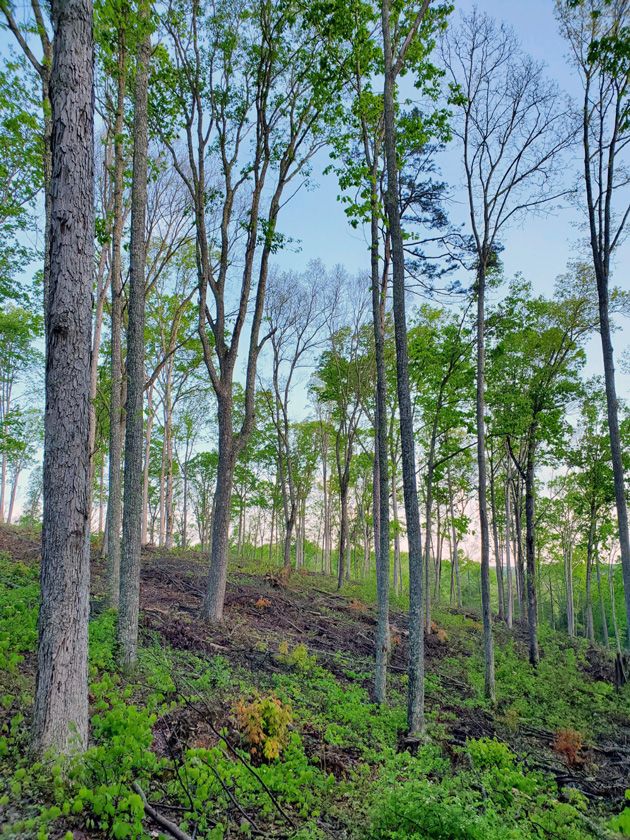 Committed NWTF volunteers are joining the professional wildlife biologists, wildlife managers and foresters in accomplishing the work on the national forest.

Metzmeier and Timber Sale Administrator Dwayne Wright are active committee members for the Southern Kentucky Strutters Chapter in Somerset, Kentucky. They work side-by-side with the NWTF and trust in its mission.

“Several Forest Service personnel and the timber buyer are NWTF members and volunteers who regularly attend banquets and help with the local chapter,” Metzmeier said. “Their volunteerism illustrates how much we all believe in the NWTF and the work we are doing in support of its mission on DBNF.”

An example of the power of the combination of professionals and volunteers is demonstrated by this compelling fact: the purchaser of the Swain Stewardship Sale is an NWTF sponsor who won the gun of the year at the Southern Kentucky Strutters banquet in 2019. His purchase of the timber set the stage for the entire project, which has a value of more than $480,000.

That select timber harvest opened the forest canopy while proceeds from the sale will fund future conservation work. The result is a boon for the wildlife, this wild place and the preservation of the hunting lifestyle. Mr. Boone would likely approve.