NPRRI: A Plan for the Plains

The Northern Plains Riparian Restoration Initiative has sustained momentum for more than a decade and continues to improve streamside habitat on public and private lands.

The NWTF manages and participates in multiple local and regional conservation efforts across the country to restore and improve habitat for diverse wildlife species, including the wild turkey.

One successful program developed by the NWTF is the Northern Plains Riparian Restoration Initiative, a comprehensive plan to address the management and conservation of these vital ecosystems, covering the Northern Great Plains states of Montana, Wyoming, North Dakota and South Dakota. 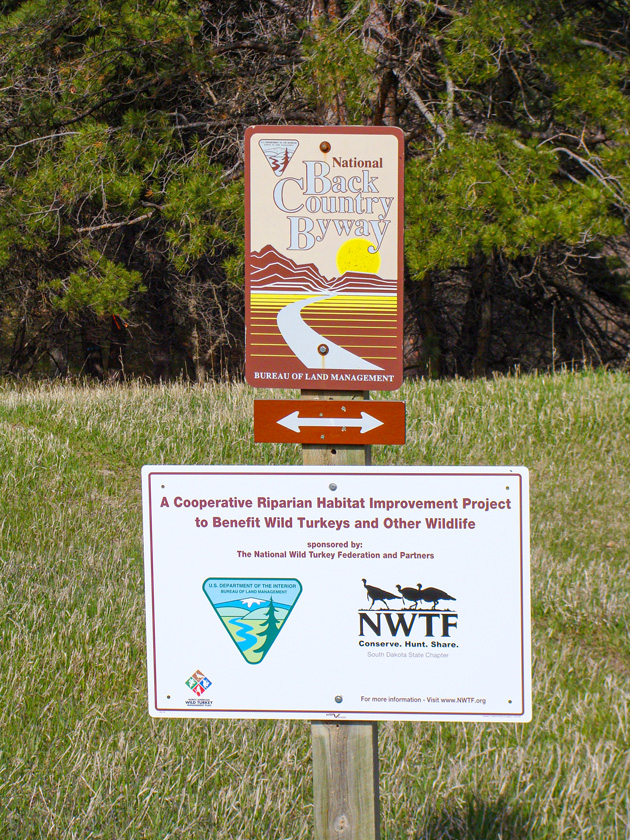 Riparian ecosystems consist of vegetation alongside streams and waterways. These areas provide critical food, water and cover for wildlife. Trees, grasses and other vegetation create buffer zones along waterways. The riparian buffers stabilize streambanks, helping prevent runoff and erosion, leading to improved water quality. It is estimated that 85% of plains wildlife, including the wild turkey, use riparian areas during their life cycle.

“Through the NPRRI,” he explained, “the NWTF has brought together a diverse group of partners to roll up their sleeves and work together to find workable solutions to address the downward trend in riparian area health.” 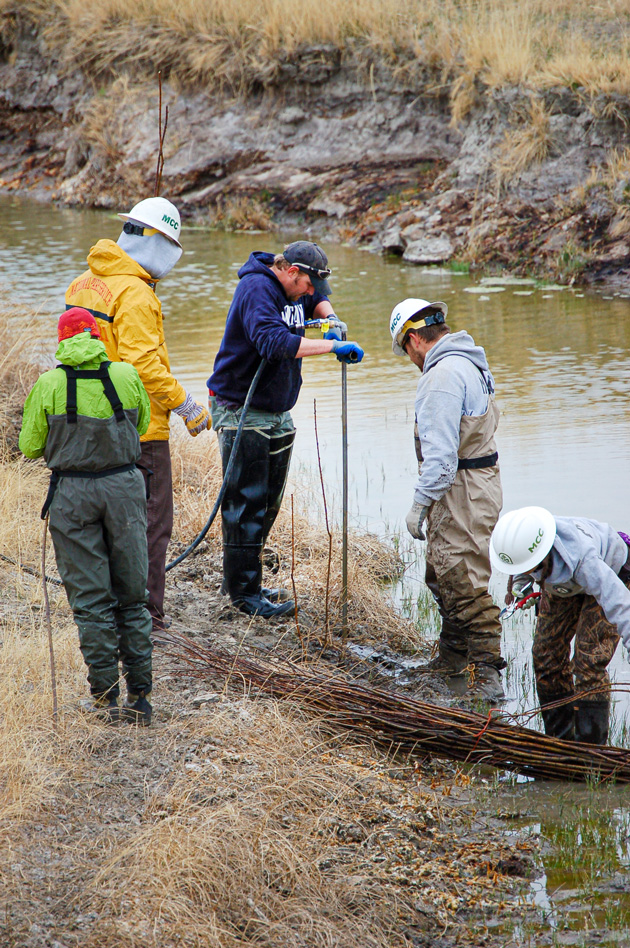 The NPRRI kicked into action in 2007 when McJunkin joined the Northern Great Plains Joint Venture management board as an NWTF representative. His aim was to help provide valuable input on how to improve riparian habitat in ways that will mean better conditions for all types of wildlife.

Since its inception, the NPPRI has grown in popularity among land managers, on both public and private lands. Through partnerships with private landowners and public agencies, the NPRRI helps with restoration of native trees and shrubs, as well as the elimination of invasive species. Nonnative plant and animal species, as well as diseases, often spread across a landscape, damaging the environment, competing for resources and causing habitat degradation and even death to native species.

The NPRRI provides the public with information about the importance of riparian areas and how proper management contributes to a healthy ecology. NWTF biologists also work with local, state and other government agencies to conduct ongoing scientific research.

Help is available for farmers and ranchers to improve their grazing practices. This can include implementing prescribed grazing plans and reducing erosion and waste runoff into the streams on their properties.

Local landowners can make a huge impact on the habitat on their individual properties. Their involvement is vitally important to the success of the initiative, McJunkin said. 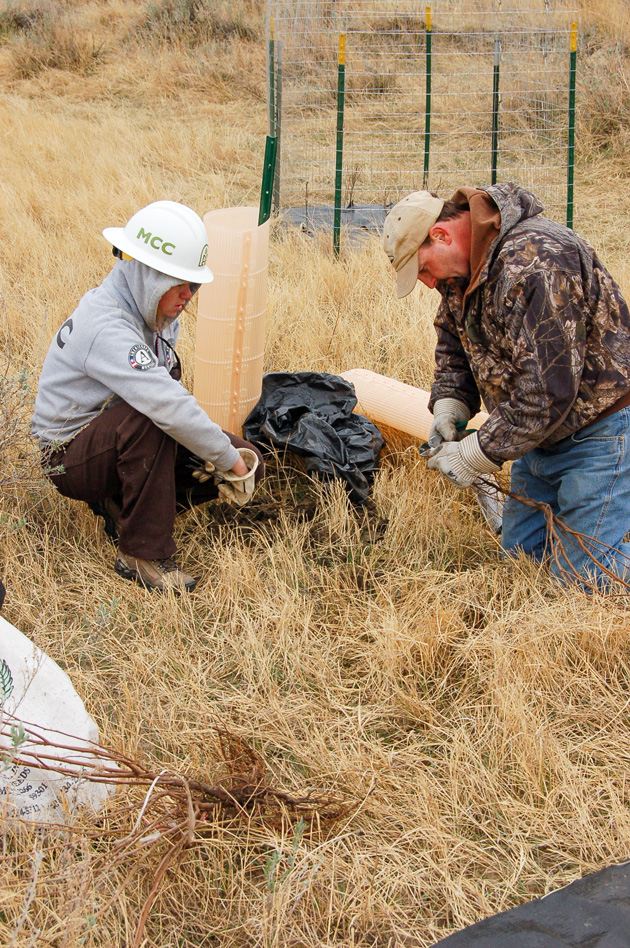 Many ranches have been owned by the same family for generations. Changing old farming and ranching practices can be challenging, but once landowners see the advantages of rotational grazing and creating buffer zones along waterways, many look for ways to do more to create and conserve wildlife habitat.

Additional funding sources over the years have included the Northern Great Plains Joint Venture, the U.S. Fish and Wildlife Service’s Great Plains Fish Habitat Partnership, the North Dakota Outdoor Heritage Fund and the Wyoming Game and Fish Commission Big Game Complementary License (donation of a license from the commissioner to the NWTF to be auctioned, with proceeds supporting the NPRRI).

Base award funds are leveraged multiple times through the funding that various project award recipients put into the projects, maximizing the “average” match rate to as much as 28-to-1. Major recipients of NPRRI funds have included all four state wildlife agencies (Montana, Wyoming, North Dakota and South Dakota), the U.S. Army Corps of Engineers, the USDA Forest Service, the Fish and Wildlife Service, Bureau of Land Management, USDA Natural Resources Conservation Service, plus numerous private landowners and non-governmental agencies.

In addition to funding, the NWTF provides technical assistance through its district biologists to help with project design and implementation from inception to completion. Some projects are designed and delivered by the NWTF on a partner’s behalf, such as the Bureau of Land Management. In cases like these, the district biologist identifies the project and provides the design, contract and construction management services, overseeing the project from start to finish, Smith said.

The U.S. Fish and Wildlife Service’s Partners for Wildlife Program has proven a solid partner working with the NWTF in North Dakota, according to McJunkin. There, the program works to efficiently achieve voluntary habitat restoration on private lands, through financial and technical assistance, for the benefit of Federal Trust Species. These include migratory birds, threatened species, endangered species, marine mammals and other species of concern.

This FWS program is built on cooperation and collaboration, and in finding common sense solutions to complex ecological problems. It serves as a bridge to owners and managers of private lands to develop partnerships to restore important wildlife habitat for the enjoyment of the American people, said Chad Maier, an FWS biologist who administers the federal program in parts of North Dakota.

A primary approach is to engage willing landowners through non-regulatory incentives, which helps conserve and protect fish and wildlife values on private lands.

The program’s voluntary, incentive-based approach to restoring habitat on private lands in North Dakota obviously resonates with landowners. More than 3,300 agreements have been signed to date. Since some 93% of North Dakota is privately owned, such landowner cooperation and collaboration is needed to achieve landscape-scale conservation.

“Since its inception almost 15 years ago, the NPRRI has been an extremely successful conservation assistance program,” Smith said. “Through ongoing efforts to address the many challenges facing riparian area management across the Northern Plains states, the NWTF has collaborated with countless partners to not only assist in restoration activities, but to also raise awareness of the many benefits of these important plains ecosystems.”

The model works, Smith added, and the plan going forward is to continue working with partners to expand these activities throughout the region.