A Tale of Fire

TO BURN OR NOT

Man-created or not, fire has been a regular part of our nation’s forest history. Slow burning fires, often ignited by lightening, crawled through mature forests, consuming debris, including fallen dead trees, small scrub bushes and trees not yet mature, along with pine needles and leaves, dry grasses and vegetation. Essentially, those fires kept the forest floor clean and ready for new growth.

But when man intervened, we began to suppress those “wild” fires. And as we began to build our homes in wooded areas, now called the wildland-urban interface, suppression became even more “necessary.” Many failed to realize that suppressing those fires would allow our forests to become littered with the debris, or fuel, that would have been claimed by natural fires over the years, and those fuels began to build ... and build.

Decades have passed and those fuel loads are so high in many areas, when a fire begins to burn, instead of a healthy crawl through the forest, we end up with out-of-control, raging, destructive and often fatal wildfires.

Those fires not only consume the fuels on the forest floor, they consume structures — personal and commercial — and they unfortunately take human lives. Since 2005, more than 89,000 structures have been destroyed by wildfires resulting in an untold number of fatalities, evacuations and personal losses.

In 1985, 82,591 fires burned an estimated 2.896 million acres, which consumed an estimated $239,943,000 in federal funds from the USDA Forest Service and the Department of the Interior, according to congressional research.

That 10-million-plus acreage figure puts the size of the fires into some perspective, but it does not convey the scope of the loss. The severity and the degree of impact to the forest itself, the soil, the wildlife and other ecological factors, nor the impact to the human side of the equation can be seen in the number of acres alone. 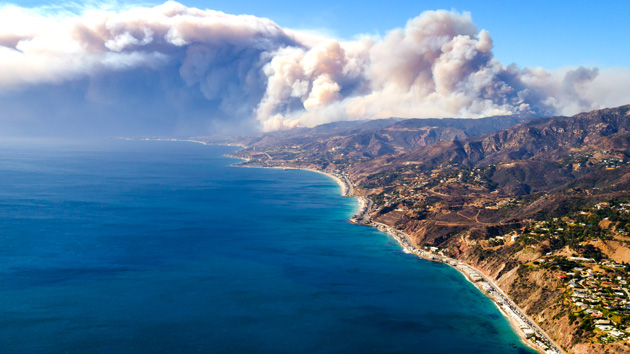 To combat wildfire, people like Keith Swope step in and race to the front lines of those fires.

Swope has been fighting fires for more than 31 years and has been a captain with the California Department of Forestry and Fire Protection for 14 years. Although you could say firefighting is in his blood, the wild turkey has also found its way in as well.

After moving to California in the 1980s, Swope said he spotted his first wild turkey and “that was it.”

“It took ahold of me and I’ve never looked back,” he said.

Swope, who is the chapter president of the High Sierra Yelpers in central California, has led the chapter for 23 years.

Although Swope loves his home state, there have also been changes afoot. Swope said he and his crews have noticed changes in forestry management where management practices have taken a back burner to hot topics and changing attitudes.

One of the largest detriments to his job, Swope believes, is the lack of logging, thinning and management of the forests in California.

“Nowadays, everything is stopped,” Swope said. “We cannot log, we cannot do much of anything to manage our forests. Progressively over the years, the forests have gotten way overgrown, and when a fire hits, it is devastating.”

Whether private or public lands, Swope said management is almost non-existent in many areas.

“[It] was completely annihilated,” Swope said. “During the fire, we thought [the wildlife area] may slow that fire down, but it did not. It completely raced through that area. There is nothing left of it.”

“It would not be so bad if we could have managed those trees and logged those trees (affected by the beetle infestation), and got them out of there and killed off the bark beetles before it got as bad as it did,” he said. “Now we are dealing with a lot of habitat destruction because of that.

“A lot of folks are completely frustrated,” he added. “As firefighters, we see it every day, and it is changing for the worse, not the better.”

CAL Fire manages forest fire protection on Bureau of Land Management property in California, and the state provides some funding for conservation initiatives to strengthen forests. But, due to the size of the landscape, much more focus needs to be placed active forest management, Swope said.

“We need to go back to times where management was key, and to be honest, the extremism needs to go away,” he said.

Swope said if forests are not managed at an increased pace soon, the entire state is going to suffer.

“We are not going to have trees anymore,” Swope said. “It is going to turn into a desert landscape.

“Fires are sterilizing the land, and the only things that grow back are fire-resistant plants that are basically just a brush component. That is what is going to happen if we keep up with the management style we are currently looking at.”

Swope believes education about forest management is the key. He said he has never seen a season like the past year, where nearly 5 million acres burned in California alone.

“What do you do about that? The answer is management,” he said.

When fire burns so hot that it sterilizes the soil, the recovery and regeneration timeline for the forest increases. While the remaining trees stand waiting for the floor of the forest to recover, heavy rains, snows and storms often cause erosion and other damage. It becomes a snowball effect, particularly when much of the damage could be prevented.

The cost of suppression of those wildfires has been growing and eating away at funds agencies could have used to do preventive work on the front end.

WHAT THE NWTF IS DOING

The NWTF is part of a team of organizations, partners, agencies and individuals who are putting forest management techniques to work on forested lands across the nation to help mitigate the devastating effects an uncontrolled wildfire can have on our forests.

This is accomplished through multiple channels. The NWTF partners with agencies like the Forest Service and the Department of the Interior to put boots on the ground to maintain and improve forest health through practices aimed at reducing fuel loads, including elective thinning, mechanical and chemical treatments to kill unwanted and invasive vegetation, and through prescribed fire applications.

Finding innovative uses for those fuels has been a focus for many agencies and partners. Creating a monetary system around the removal and use of leftover debris, or biomass, from habitat improvement projects has taken new strides in the past few years. What may seem on the outside like trash, the NWTF and conservation partners seek to turn biomass into a treasure trove of good for wild turkeys and other wildlife, while reducing forest fuel for catastrophic wildfire.

While the effort will provide better living conditions for wildlife and help mitigate the damage of future wildfires, it will also positively impact our forest health, as well as air and water quality.

The NWTF’s on-the-ground work and expanding initiatives are vital to solving the problem, but helping to mitigate the damage wildfires can cause also takes work behind closed doors. The NWTF is constantly communicating with lawmakers, promoting legislation that helps agency partners conduct more management activities on the front end, requiring less suppression work in the event of wildfire.