A Time to Burn

For a turkey biologist, spring is probably our best time of year. We’re done with trapping and tagging turkeys and are preparing for the upcoming nesting season. We spend a lot of time and effort trying to identify the types of vegetation wild turkeys select for nesting each year. Often, management decisions made two or three years ago are a driving force for wild turkeys nesting locations. Those decisions relate to where and when to conduct a prescribed fire.

What’s in a Fire?

Controlled burns are usually classified as either growing season (spring and summer) or dormant season (fall and winter). Dormant season fires are probably the most common. These fires are usually lower temperature, thus easier to control. Importantly, each type of fire brings different benefits to wildlife and wild turkeys. Both fires can reduce woody understory and encourage and rejuvenate plant communities beneficial to a host of wildlife.

However, in the pine-dominated systems of the southeastern U.S. where creating open grass and forb communities are the primary interest, growing season fires can provide considerable benefit by killing hardwoods, such as sweetgum, that are resilient to dormant season fires. Growing season fires likely allow us, as managers, to better mimic the historic, natural fire regime in the southern pine-grassland ecosystems. 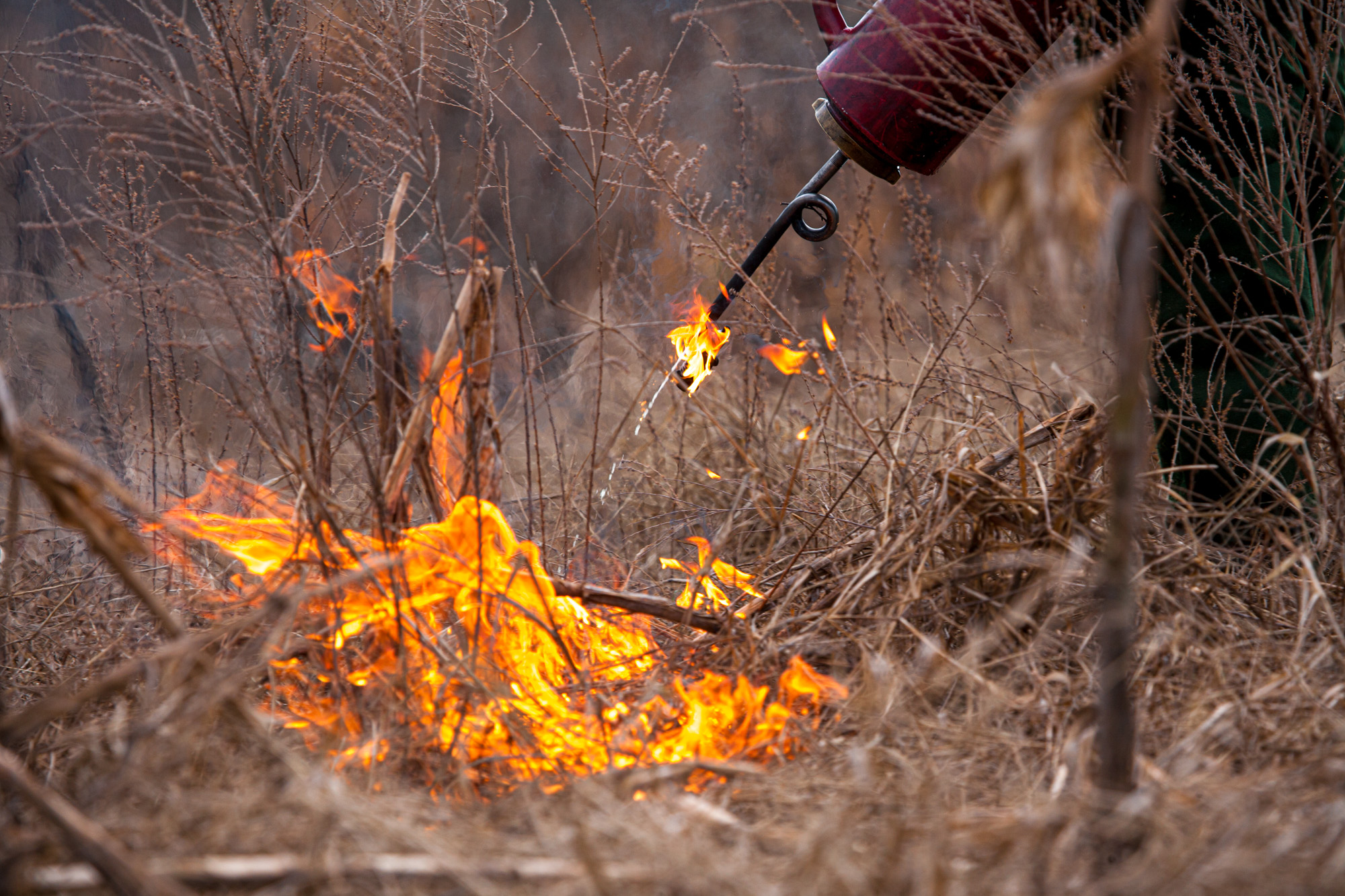 While manipulating vegetation, often focused on wildlife conservation, is a main objective of prescribed fire, reducing the potential for wildfire and property damage is an added benefit.

How frequently we use fire on the landscape is critical to meeting our goals. History shows us that a frequent interval (between one and three years) generally is best for maintaining forb and grass communities common to the southeastern pine-grasslands systems. Some grassland bird species like northern bobwhite quail might require a more frequent interval while wild turkeys might be best served by a longer period between fires.

How do Turkeys Respond?

Prescribed fire is widely used as a management tool on the vast array of public and private lands where my colleagues and I have tracked wild turkey. As such, over the last decade or so, considerable new and interesting information on how wild turkeys respond to prescribed fire is available.

First, one question is regularly asked: Do growing season fires burn turkey nests? Undoubtedly, yes. I have seen nests of radio-tagged birds that have been impacted by a growing season fire. However, the occurrence of nests impacted by prescribed fire is low enough I can count it on one hand. The science agrees, in that most studies on wild turkey nesting find little to no population-level impacts to wild turkeys via nest destruction from fire.

The reason is simple: Wild turkey females usually choose to nest in areas that have vegetation communities and structure found in areas that are two to three years post-burn. Thus, the areas where females nest are likely outside the fire return interval that managers target. Another reason we use prescribed fire is that wild turkey broods are tied directly to the early successional vegetation created by these controlled burns. Brooding females and their broods select these open vegetative communities, which are typically laden with insects that provide the high energy foods poults need to rapidly grow. Growth equals survival.

Interestingly, at least to me, both Eastern and Rio Grande wild turkeys have shown the same response to prescribed fire. Both species actively forage in burned areas, often while they are still smoking. They’ll regularly use the locations where the burned and unburned areas interface as both foraging and loafing areas. I supposed that a controlled burn just creates a pile of little toasted insects that are too tasty and easy to come by for wild turkeys to pass up.

Generally, when asked whether I prefer dormant or growing season fires for wild turkey management, my response is that all good, safe fires are welcome ― these fires can create habitat and usable space and thus benefit wildlife. Optimal prescribed fire achieves the landowner’s goals from a management perspective and creates or maintains wildlife habitat.

Land disturbance of any type is always good when managers are focused on manipulating vegetation to better meet the needs of wildlife conservation. While prescribed fire is an excellent tool, other approaches to landscape disturbance, such as discing, brush management or timber harvest, also can be used alone or in conjunction with prescribed fire to better manage our landscapes and support turkey conservation. 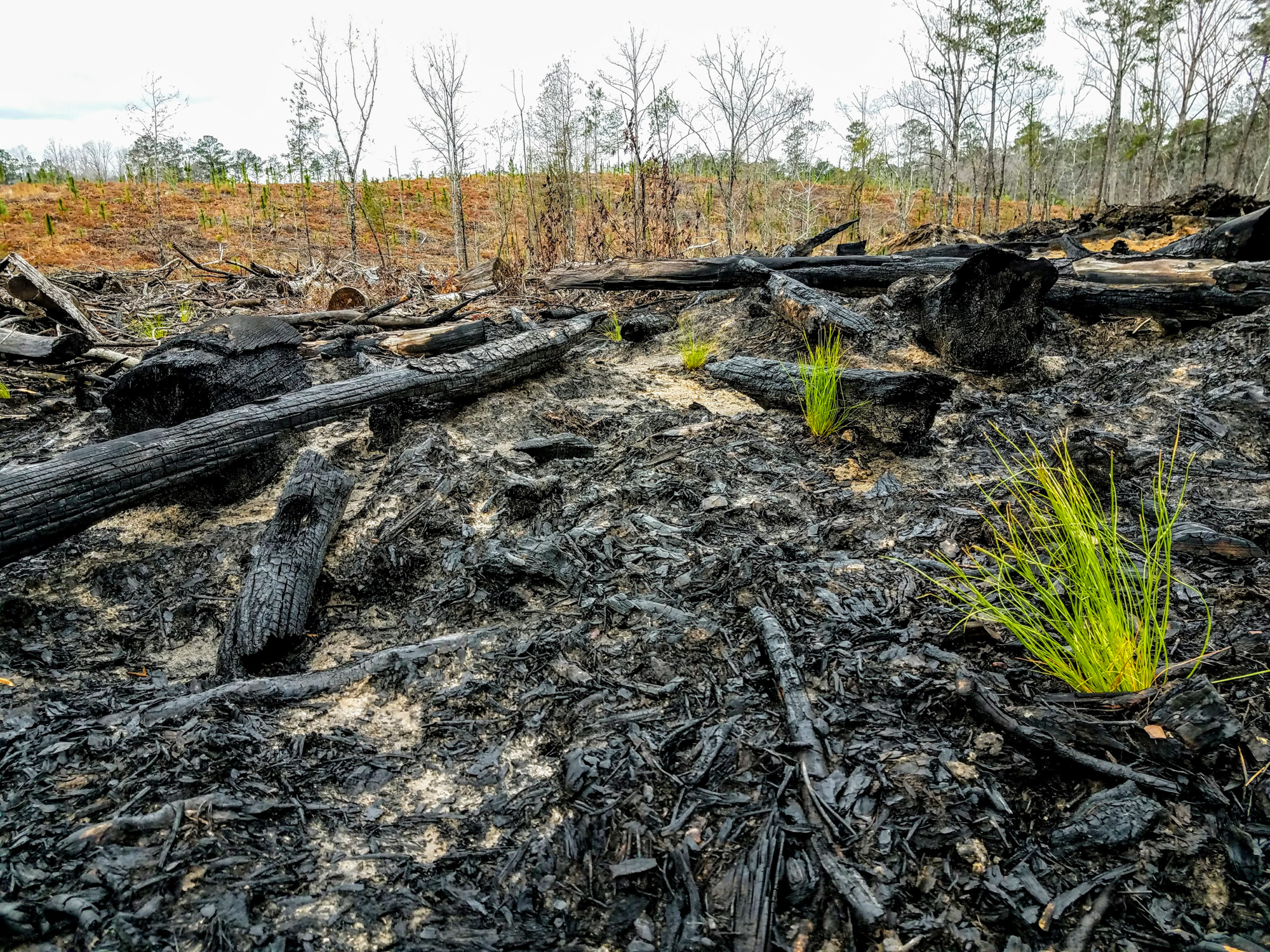 (University of Georgia researchers conducted a study in southwest Georgia over two seasons and found prescribed fire destroyed 11.5% of nests. Of these nests, 75% of females that had nests destroyed by fire re-nested. One nest in the study was even exposed to prescribed fire and hatched. Predators, particularly raccoons, are the main cause of nest failure for wild turkeys. Without fire, hardwood cover increases and groundcover density decreases. With less groundcover, predators have an easier time finding and destroying nests. — Georgia Department of Natural Resources) 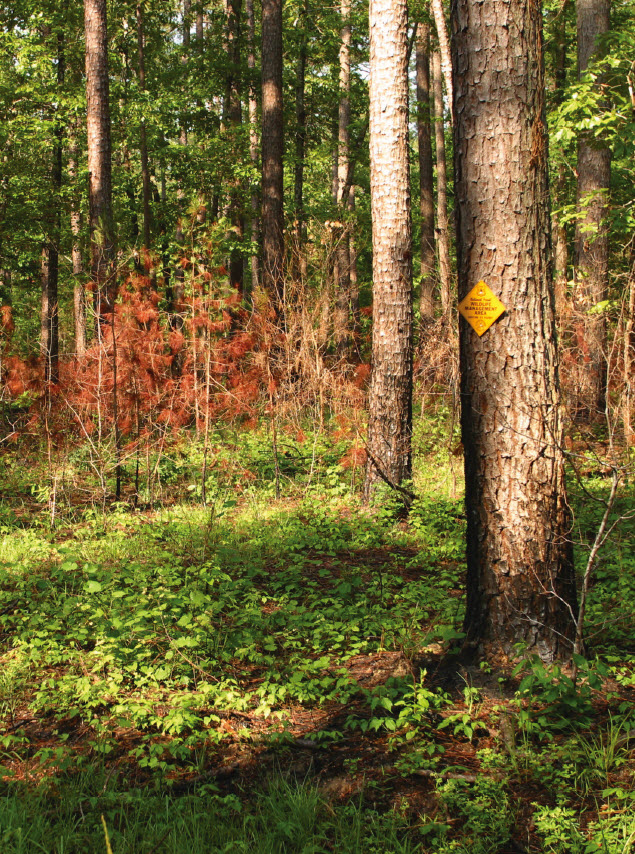 (After a controlled burn, rejuvenated plant communities benefit a host of wildlife species.)