The story behind how 10 WMAs, most of them in District 6, came to be expanded or created is even more impressive, especially if you are a West Virginia hunter or an individual who travels to the state to hunt. Gary Foster, assistant chief of game management for the West Virginia Division of Natural Resources (DNR), gives an overview.

“The Heartwood Fund Property was acquired in three phases during the period from October 2018 through September 2019 with The Conservation Fund being an important acquisition partner,” Foster said. “Funding for this large-scale land acquisition project came from TC Energy, Dominion Energy, Dominion Energy Transmission, Inc., US Fish and Wildlife Service - Wildlife Restoration Program, the DNR and the West Virginia State Chapter of the NWTF.”

The result was seven new WMAs: Toll Gate, Walker Creek, Burning Springs, Lynn Camp, Federal Ridge, Little Kanawha River and Sandy Creek. Plus, there were expansions to the following WMAs: Frozen Camp, Ritchie Mines and Sand Hill, and acquisition of a portion of a property ― the Hughes River WMA ― which had been under a license agreement, Foster said.

“The purchase of new lands and expansion of existing ones shows the NWTF’s commitment to providing hunter access and habitat improvements,” he said. “This project also shows how partnerships with like-minded groups can help further our mission on all fronts.” 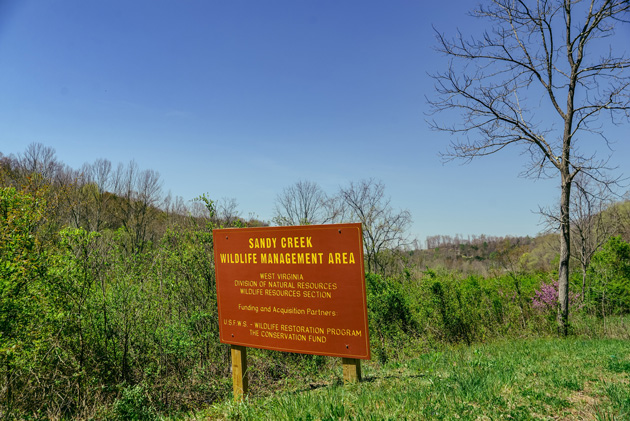 “The part of West Virginia along the Route 50 corridor from Parkersburg to Clarksburg previously didn’t have a lot of public land, so this purchase is huge to the sportsmen in this area,” he said. “And having more people travel to this area to hunt will be good for local economies.”

McCurdy added that the NWTF is heavily involved with the next steps. Through an existing cooperative agreement with WVDNR, the NWTF administered $120,000 throughout 2019 to begin those steps.

“Right now, we’re working on improving access,” McCurdy said. “We hired local contractors to mark boundaries so that users won’t inadvertently trespass onto adjacent private property and also improved signage so people will know where they are. We’re also working to create or improve parking, apply gravel and make other road improvements to make the WMAs more accessible and user friendly. The DNR has done a great job with revising and creating maps to identify changes to access and boundaries ― PDFs of the maps are available on the DNR’s website.

“Another project has been to install gates that could be opened or closed seasonably to protect sensitive areas, such as turkey brooding areas and wildlife openings.”

McCurdy said previous owners actively managed the land. Active gas lines with rights of way are present, providing both traditional and linear herbaceous openings. Some of the best brooding areas are those well-maintained gas lines as well as old logging roads. A hen and her poults can walk those areas and find plenty of protein-rich insects drawn to the linear openings, McCurdy said. 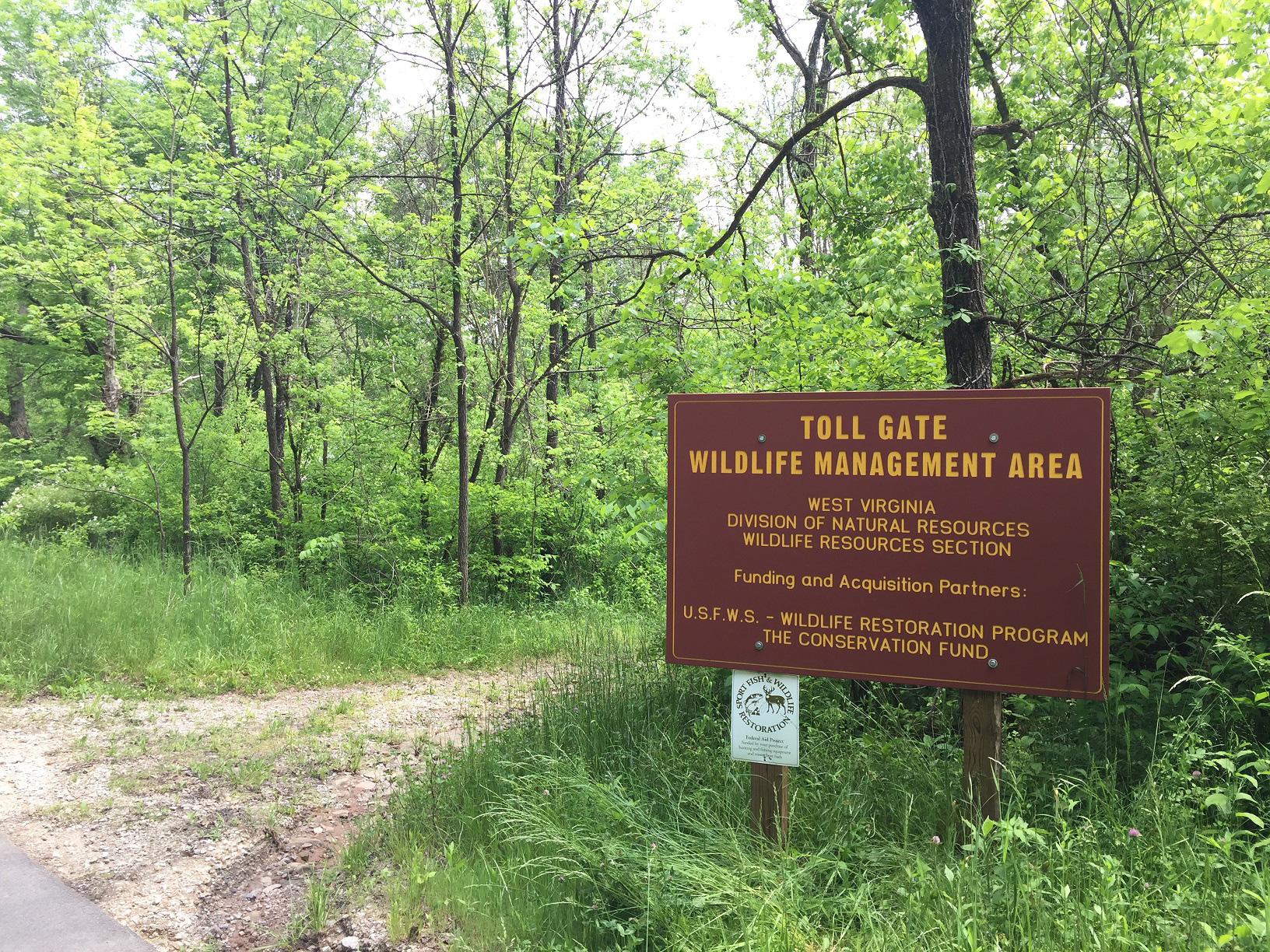 “The eventual goal for all of the WMAs is to create a mosaic with openings and different age timber stands,” he said. “We will also work to improve the existing openings and the linear habitat created by the gas line rights of way. Those openings give us a great jump on managing for wildlife, but they can be made better. For example, some of the traditional and linear openings are dominated by invasive plants such as fescue and crown vetch, and they have outcompeted native plants that are more beneficial to turkey poults and grouse chicks and other wildlife. So, we’ll be working to remove the invasive plant species and establish native grasses and forbs.”

The Sandy Creek WMA is one of seven new public lands created for West Virginia and out of state sportsmen and women.

Other habitat improvement projects include thinning existing vegetation in the openings, creating soft edges along those openings and planting soft mast producing trees and shrubs. In short, McCurdy emphasized, the NWTF will be doing what it always strives to do: manage and improve land for a wide variety of species, while partnering with state and federal wildlife professionals to attain those results. Or, as McCurdy puts it, “Whatever needs to be done to help wildlife, we’ll try to fill that niche.”

Projects as big as this state-wide endeavor can’t be accomplished with just a state wildlife agency or one or two conservation organizations.

“The Heartland Fund purchase shows the value of multiple groups coming together to form partnerships,” McCurdy said. “It also shows what can be done when the groups involved aren’t ‘keeping score.’ The more folks cooperating to take ownership, the more that can be accomplished. After all, a turkey poult doesn’t care who created habitat for it.

“Finally, I want to emphasize that what was accomplished in West Virginia can be duplicated elsewhere ― absolutely.”