Applied research and management at convention

Conservation is one of the top priorities for the NWTF, and we dedicate two days of our annual convention to conservation presentations and meetings. Some of this week’s sessions focused on applied research and management. Highlights from the NWTF Conservation Conference include:

• On Thursday, attendees learned about the “world’s worst invasive alien species,” also known as feral swine, or more commonly referred to as the wild pig, boar or feral hog. The U.S. Department of Agriculture has used research to deploy a range of measures to eliminate them in the U.S.

• The Tennessee Cooperative Wild Turkey Project, a collaborative effort between the University of Tennessee, the Tennessee Wildlife Resources Agency and NWTF, is now underway studying wild turkey harvest decline in the state. So far, researchers have found that clutch size (the number of wild turkey eggs in a nest) has declined by what appears to be one egg per nest.

• Frank Thompson, a field biologist with the USDA Forest Service, gave us a snapshot of the organization’s approach to research and management. The Forest Service manages 154 national forests and 20 grasslands, totaling over 193 million acres. Their research footprint spans the entire country and is divided into research stations to conduct field operations.

• And lastly, our own Mark Hatfield explored the history of the NWTF Research Program, which NWTF founder Tom Rodgers began in 1973. Since our founding and first grant of $2,900, the NWTF has conducted research in over 25 states and Mexico, provided $5 million in funding for projects and participated in every National Wild Turkey Symposium since 1977 (the first symposium was in 1959).

Research is integral to conservation and protecting habitat and species. This can’t be done without scientists and adequate funding.

The Forest Service had nearly 1,200 scientists in 1985. Today, they have 550 covering the entire U.S. and conduct integral research to protect and sustain our nation’s resources and all our lands – a challenge to say the least. While Hatfield was walking us through the NWTF’s approach to research, one thing became clear: The dollars allocated for research projects continues to decline.

At the end of the day, we need to challenge ourselves to get creative in how we identify new funding avenues for the important research that must be done. 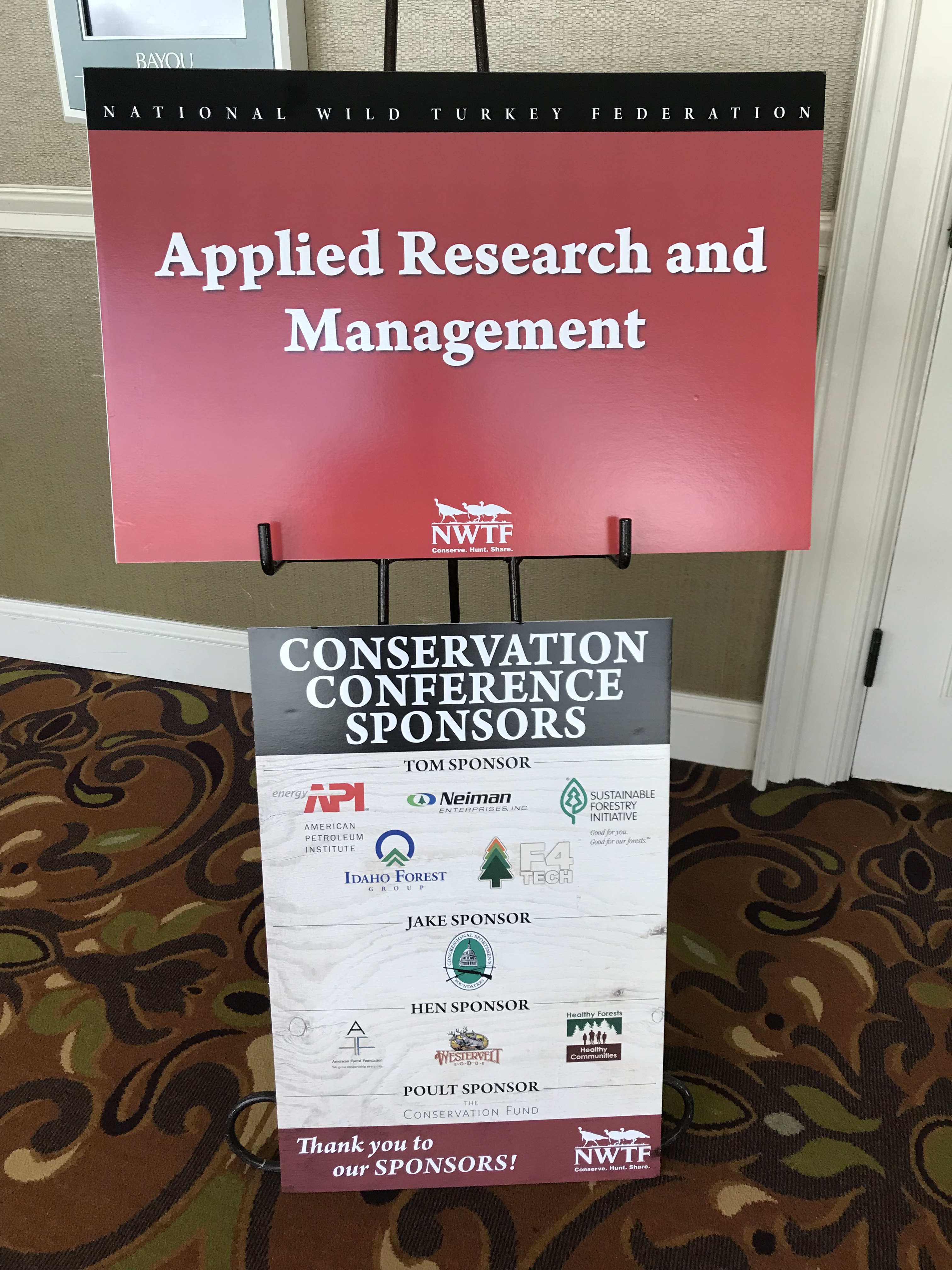