The NWTF is working with multiple partners on a multi-year forest restoration project on three key wildlife management areas within the NWTF’s Black Hills Pine Ridge Focal Landscape, which is part of the NWTF’s Great Open Spaces Big 6 regions of conservation.

The NWTF was awarded a $226,929 grant from the Nebraska Environmental Trust to build upon recently completed projects in the area and implement more forest management over the next three years. These funds are being leveraged to even further heights with the Nebraska Game and Parks Commission and the Nebraska Forest Service to improve forest health on the Gilbert Baker, Peterson and Ponderosa WMAs.

“We are treating over 600 acres across all three WMA’s with multiple forest thinning techniques,” said Annie Farrell, NWTF district biologist. “As the project makes headway, the ecosystem is already becoming more resilient and less susceptible to the threat of severe, high-intensity crown fires.”

Crown fires are severe wildfires that spread from treetop to treetop and occur when forests become overly dense from a lack of forest management or from suppressing naturally occurring disturbances, such as putting out natural forest fires.

“It was once thought that to protect wildlife and wildlife habitat, we must put out all fires,” Farrell said. “That was the old school of thought, though. We know now that these naturally occurring fires are great for wildlife habitat. The caveat, however, is that from suppressing fires for so long, many forests throughout the country are like tinder boxes. That is why thinning these WMAs is so important; this both improves habitat and reduces the risk for catastrophic wildfire.”

Thinning practices include hand- and machine-falling selected trees, limbing trees up to a specified height, removing small-diameter pine saplings that allow fires to spread and dispersing felled trees and tree material, among others. These forest management techniques are all done in accordance with wildlife habitat needs.

These three project sites are home to an array of unique plant and animal species that are important to this area of Nebraska, 112 of which are part of Nebraska’s Natural Legacy Project. Merriam’s wild turkeys, elk and many other species that depend on the ponderosa pine ecosystem for survival will all greatly benefit from the forest thinning.

“Good wild turkey habitat includes a mixture of early and late successional habitat. With this project, we are creating more early successional habitat. Through forest thinning, more sunlight can penetrate the forest canopy, thereby optimizing growth of the herbaceous grasses and forbs on the forest floor. These spaces can be used not only by wild turkeys and elk, but at-risk species such as the Pinyon Jay and northern long-eared bat, to name a few.”

In addition to securing crucial funds for this project, the NWTF is helping fund a cooperative forester position to facilitate the work ahead. NWTF forester, Luke Gazak, is working closely with Nebraska Forest Service and the Nebraska Game and Parks Commission on management prescriptions that maximize the benefits for wild turkeys, countless other species and overall forest health with the available funding.

The benefits of this project are already being noticed on the completed areas, including a resilient, fire-tolerant forest with reduced soil erosion, increased stream flows, improved air quality and, of course, improved wild turkey habitat.

“Now that these areas are becoming less susceptible to high-intensity wildfires, we can slowly reintroduce prescribed burning, which will recycle valuable nutrients back into the soil and stimulate the understory growth of grasses, shrubs and forbs that wild turkeys love,” Farrell said.

Once the project is completed in 2023, the areas will be used as a forest management demonstration area for conservation field days and highlighting partner accomplishments. 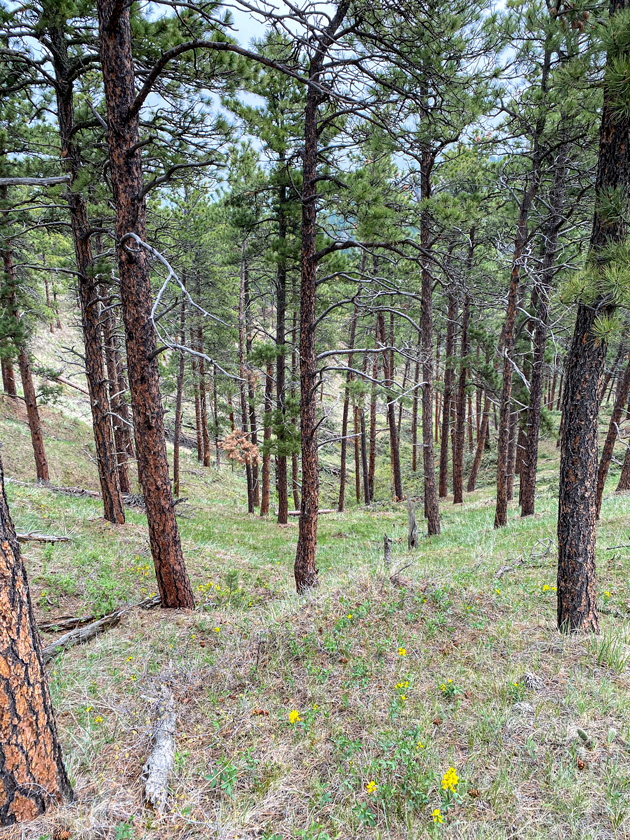