The U.S. offers millions upon millions of acres of public land for our nation’s outdoor enthusiasts. It is no secret, either, that much of this land is inaccessible to the general public due to access points or critical connective areas being privately owned. While the NWTF and many organizations are working to increase access to the country’s public lands, there is an increasingly more incendiary problem keeping Americans from gaining entry to their natural treasures.

“At one point during California’s deer season in 2021, hunters were locked out of 21 million acres of public hunting lands that, on a normal year, would have been open for public hunting access — due solely to catastrophic wildfires,” said Kevin Vella, NWTF Pacific Coast district biologist.

These 21 million acres only include USDA Forest Service lands in one region, in one state; catastrophic wildfires are a national problem encompassing all types of public lands administered by different agencies, including U.S. Fish and Wildlife Service, Bureau of Land Management and state-owned lands, among others. Whether you’re hunting, fishing, backpacking, kayaking or mountain biking, no matter how you recreate, wildfires are hindering Americans’ ability to get outdoors. This is alarming for the NWTF, as preserving our hunting heritage and working to ensure Americans have access to pursue wild game is integral to the organization’s mission. 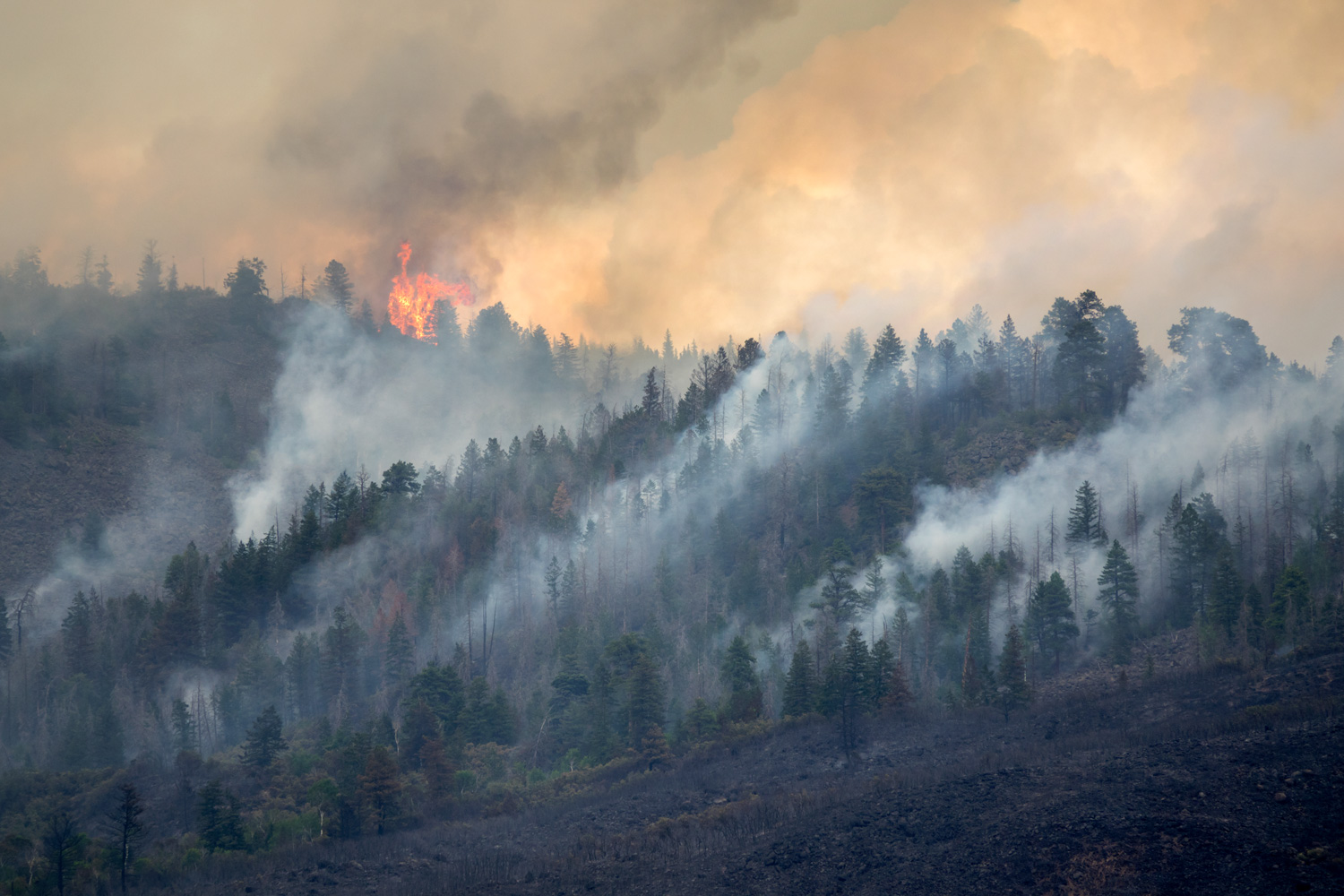 Catastrophic wildfires are occurring more often than ever in recorded history, throughout all of the western U.S., and the NWTF, along with many partners, are working to mitigate the devastation they cause.

“Nearly all ecosystems in the U.S. have evolved alongside naturally occurring wildfires,” Vella said. “Occurring at frequent cycles on the landscape for millennia, naturally occurring wildfires would burn dense underbrush and small diameter trees, leaving the large, fire resilient trees in one place, and setting forests back to a young forest state in other places. This phenomenon maintained a mosaic of early successional and fire resilient landscapes. The resulting open canopy would allow more sunlight to the forest floor, giving the remaining trees more room to thrive; stimulating the growth of native grasses, forbs and shrubs; and greatly benefitting pollinators, wildlife, waterways and the overall biodiversity of an ecosystem.”

For over the last 100 years, however, it was the paradigm in forest management that every fire must be put out, even these low-intensity, naturally occurring ones. As a result, forests across the U.S. have become overly dense and thick with vegetation that would otherwise have been set back by low-intensity wildfire.

It wasn’t until later in the 20th century that forest mangers realized the benefit of naturally occurring wildfires and started using prescribed fires to mimic mother nature’s tool to reinvigorate ecosystems.

A century of fire suppression, exacerbated by new climate events, has led to fires burning hotter and longer and spreading more rapidly. The underbrush and shade tolerant tree species that would have been eliminated by naturally occurring wildfires has grown to act as fuels that feed wildfires and allow them to spread at alarming rates and reaching, sometimes engulfing, human communities.

Couple this with unusual extended periods of drought, insect infestations, and misconstrued views of forest management, and we arrive at the current dilemma.

“Despite the scientific realization of forest management as a tool, it is still a point of contention amongst many Americans,” said Patt Dorsey, NWTF director of conservation operations in the West.  “’Conservation’ and ‘preservation’ are two differing views. The differences may be nuanced but they are important. Preservation means letting an ecosystem act as it would without any human interference and to disturb it as little as possible; ‘it is capable of solving its own problems.’ Conservation is the act of actively managing or stewarding our natural resources for wise use.”

While there are some ecosystems capable of being managed from a preservationist lens, the overwhelming scientific body has indicated that the conservationist view, which includes hunting and the North American Model of Wildlife Conservation, is the leading perspective to make forests and habitats healthier and beneficial for Americans and wildlife alike. Conservation, to wildlife managers, means actively managing habitats and ecosystems to conserve them and the wildlife that inhabit them into perpetuity. This is the view the NWTF subscribes and implements across the country.

“Whether we realize it or not, whether it is intentional or not, humans have an impact every day on our forests,” Dorsey said. “Ironically, deciding to ‘do nothing’ has an impact. We must be proactive when it comes to forest health, because reacting isn’t working. We must manage our forests to make them safe, resilient and less susceptible to catastrophic wildfire. When we thin an overly dense forest, we are not only making the area safer for nearby human communities, we are recreating the habitat the native species have evolved with and ensuring recreational access for people to enjoy the great outdoors. This is integral to NWTF’s mission to conserve the wild turkey and preserve our hunting heritage.”

To ensure its mission to conserve the wild turkey and to preserve our hunting heritage is alive and well in the West, the NWTF has taken bold steps to ensuring thriving wild turkey populations, healthy forest and access for hunters. 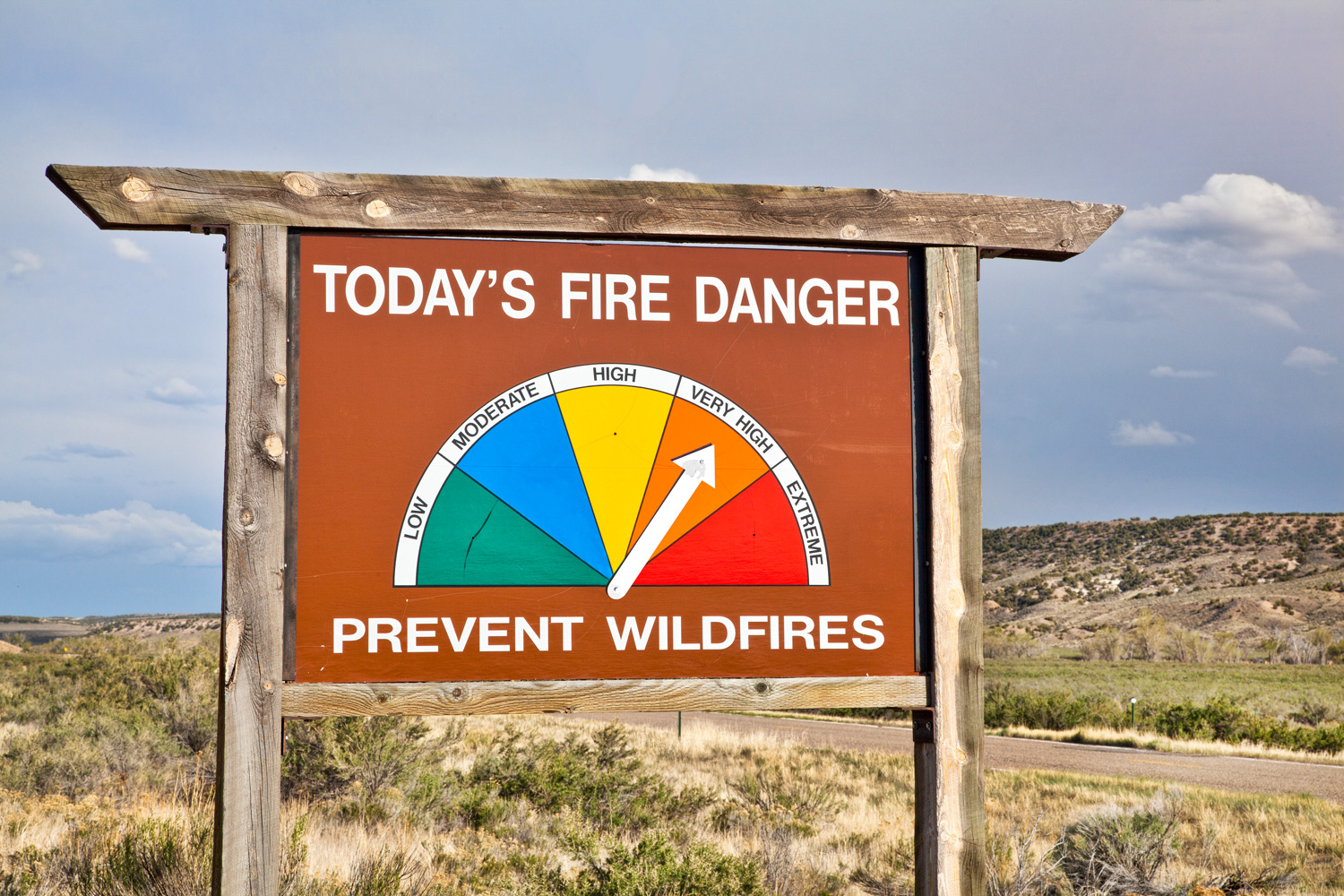 The NWTF is involved in numerous landscape-scale initiatives and stewardship agreements throughout the western U.S. Essential to success, the NWTF has pulled in partners from varying arenas, including hunting groups, water providers, water users, energy companies, government municipalities, state and federal agencies, additional conservation organizations and more. The NWTF is currently working with the Forest Service and these array of partners on large, landscape-level forest stewardship work in Arizona, California, Colorado, New Mexico, Oregon and Utah. To learn more about how the NWTF delivers its conservation on a landscape scale, click here.

Moreover, in 2019, the NWTF made a bold move and hired its first-ever Western Water Specialist. Now a pivotal position for organization, the Western Water Specialist has been developing strong relationships with water interests in Colorado to expand NWTF’s footprint in the West and opening doors for non-traditional partners to invest in NWTF’s mission delivery. To learn more about how managing forests for habitat and wildfire benefits water, also called “the trickle-down effect,” click here.

“The benefits of our stewardship agreements and landscape-scale initiatives are so far-reaching that we have the opportunity to bring in so many different partners with shared values, and we are just getting started,” Dorsey said. “When we manage a forest at risk to growing threats, we are making wildlife habitat better, providing cleaner water for aquatic species and human communities downstream, making forests safer against wildfires and insect infestations, giving Americans their endowed access to their lands — this list goes on. I can’t stress how important it is that we continue this work with partners and grow the scale at which we are doing it for the betterment of the world we live in.”

NWTF’s members, volunteer and partners are the lifeblood of the organization. Their generosity and determination are what drive the NWTF’s ability to make a difference on a landscape scale.

For more information on NWTF’s conservation delivery in the West, contact Patt Dorsey at Pdorsey@nwtf.net