Chufa (Chew-fa) is one of the most popular crops planted for wild turkeys. It grows 1-3 feet tall and produces up to 150 fingernail-sized tubers just below the soil’s surface. These tubers are relished by wild turkeys, ducks and other wildlife. Turkeys scratch the tubers out of the ground, throughout the fall, winter and spring. Simply put, once turkeys find it, they do not leave as long as there are tubers available. 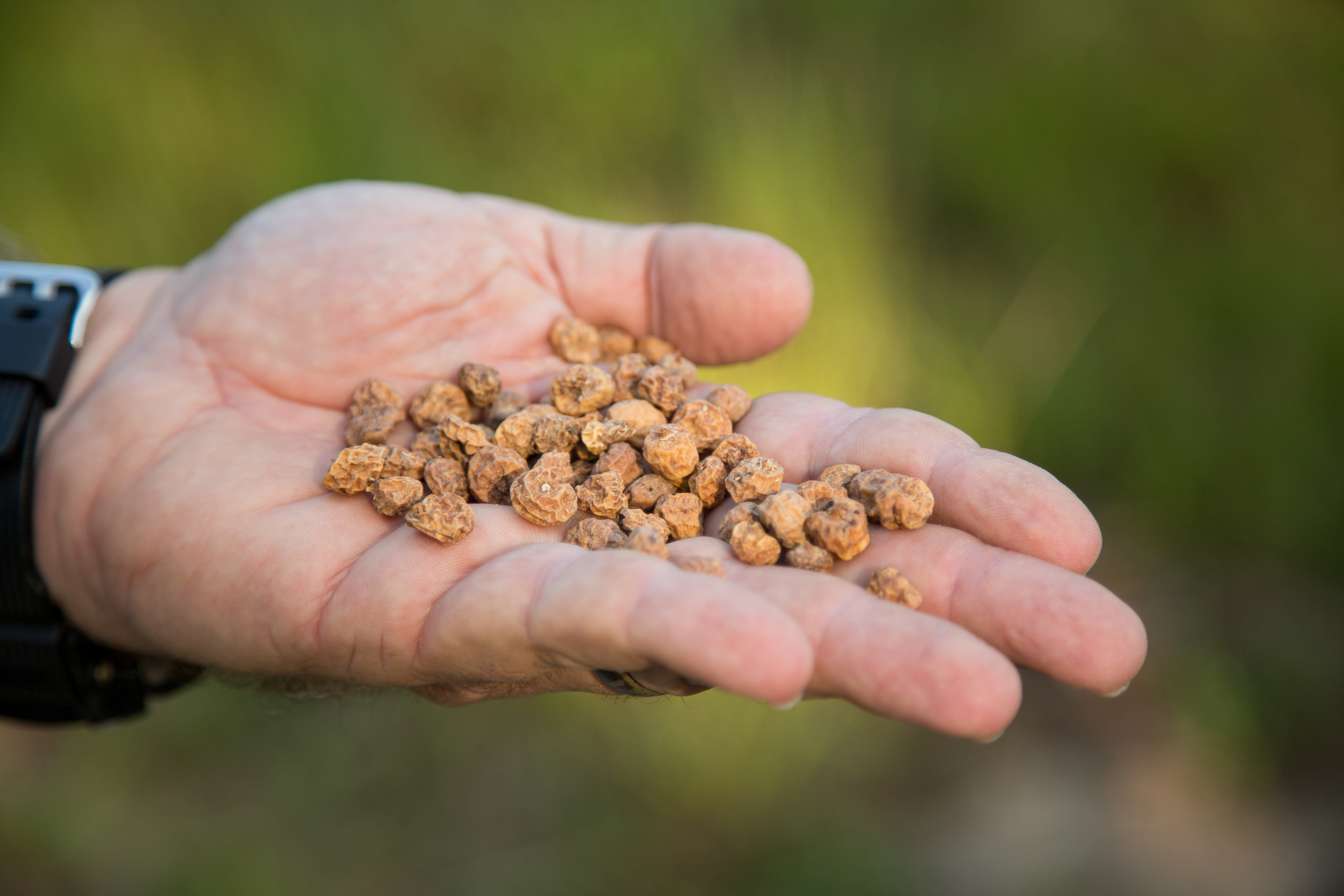 When to Plant Chufa

In the South, the general timeframe to plant is from April through July. The range for more northern states is May through the first week of June. Though it only needs about six days to germinate, chufa requires 90 to 110 frost-free days to mature.

While Chufa is a warm-season sedge and thrives best in the South, Chufa can grow in the North, too. A general rule of thumb is chufa will grow anywhere corn will grow.

Creating and maintaining a chufa plot properly requires various products, including seed (NWTF members get seed for a discount here), pre-emergent and follow-up selective herbicides (see below for products and application rates). The size of the chufa plot will ultimately depend on how much you are willing to maintain.

Soil structure is an important factor to consider. The ideal soil should be sandy/well-drained and loamy with a balanced pH, typically between six and seven. The soil’s pH determines whether to add fertilizers, lime or other products. Ask your local agricultural extension where to send soil samples.

Certain factors should dissuade you from creating a chufa plot in a particular area. For instance, hard soil, comprised primarily of clay, can be difficult and expensive to transform.

Consider the presence of local wildlife, such as feral pigs and raccoons, as some wildlife can destroy months of hard work in a day.

After selecting the location and size of a chufa plot, you will want to clear the area of any existing vegetation, as it will out-compete the chufa and yield a poor harvest. The chufa plot should be an open space with little to no trees, making it an ideal landscape for plant growth, brooding ground and foraging. If possible, take advantage of an old agricultural field or a naturally occurring wildlife opening.

Prepare the soil by discing or harrowing on a deep setting. Using an initial pre-emergent herbicide keeps weeds and other grasses from choking out chufa. After discing and agitating, weed seeds make their way to the surface and will germinate just as fast as your chufa. Using a selective herbicide, such as Treflan, and incorporating it into the soil will help ensure chufa will be weed free. You also can work in an initial starter fertilizer into the soil, such as a 17-17-17, to jump-start the chufa.

Note: Do not use a barrier-type pre-emergent, as it will inhibit the chufa from sprouting. Treflan and Prowl are the recommended pre-emergents, applied at one quart per acre. 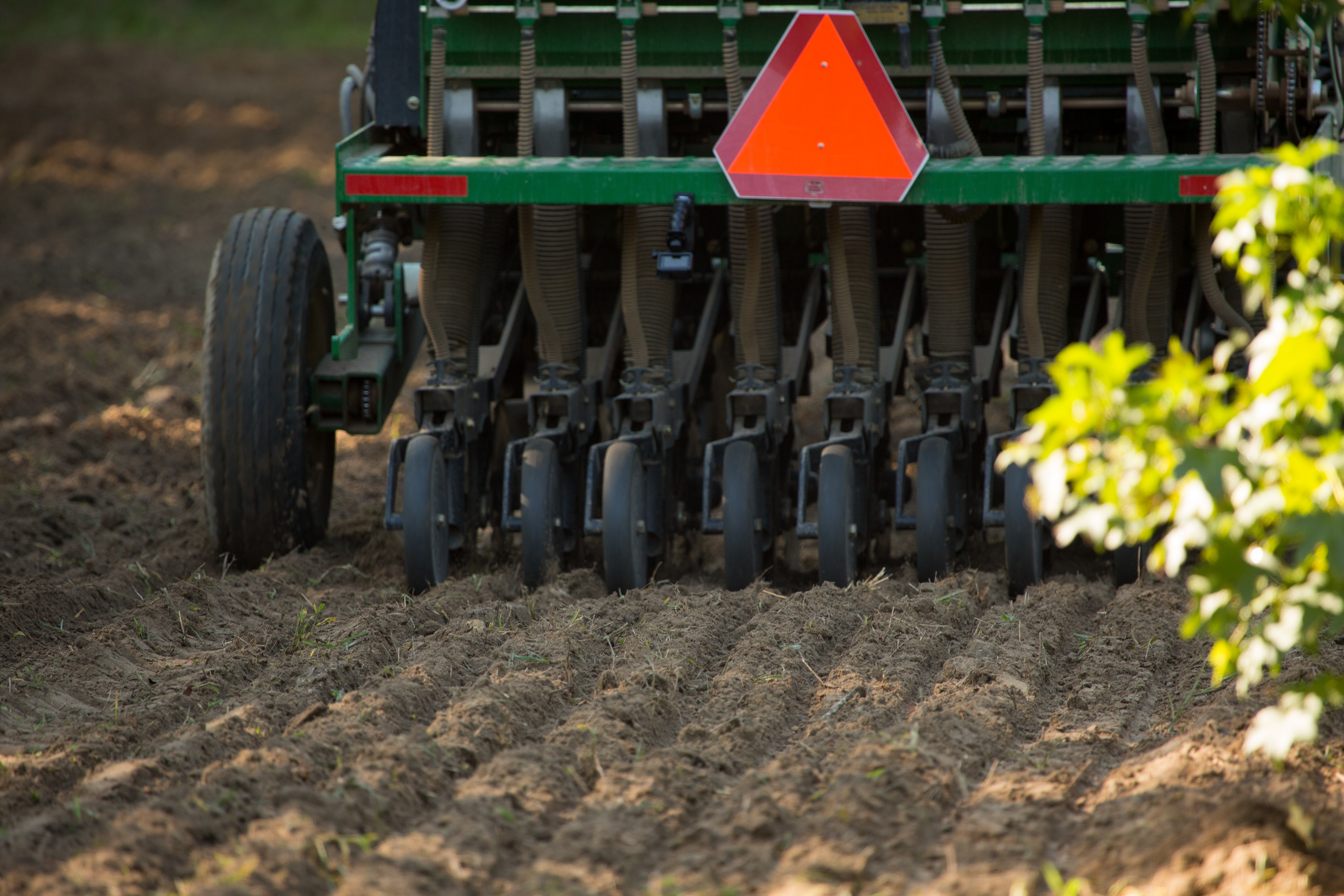 Seed chufa at 35 to 50 pounds per acre, by either broadcasting or drilling the seed. Drilling seed eliminates the need to disc an additional time and ensures an exact depth. Broadcasting seed also will suffice, but make sure to cover seed with 1½ inches of soil. 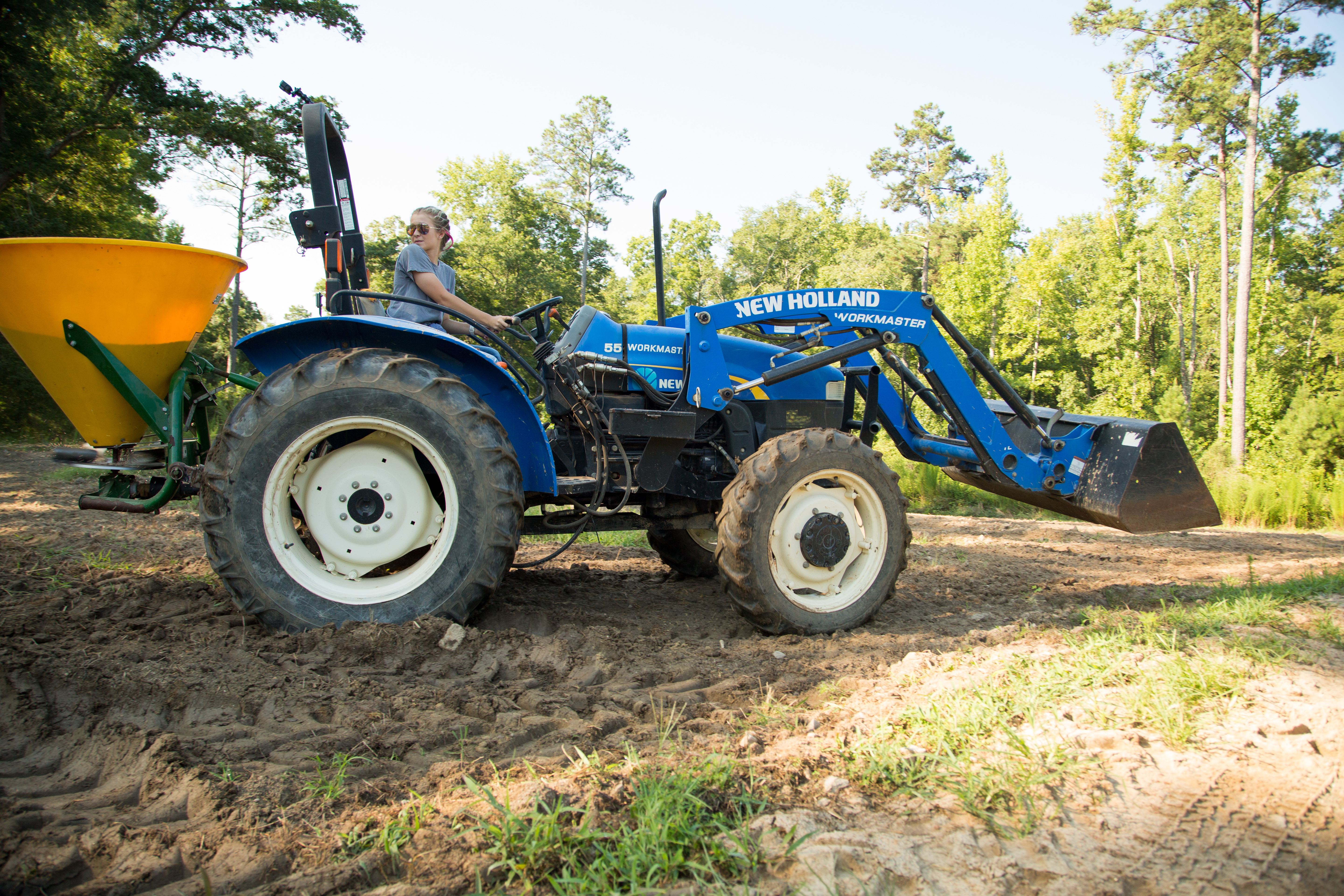 Though pre-emergents do a sufficient job suppressing weeds initially, more than likely weeds will emerge again after chufa is established. Spraying a post-emergent will kill unwanted weeds and grasses, allowing your chufa to thrive. For unwanted grasses, spray Poast or Fusilade at 1½ pints per acre. For broadleaf weed control, spray 2,4-DB at 1-2 pints per acre. To maximize effectiveness, add an oil surfactant at one quart per 100 gallons.

It is important to be cognizant that weeds can build an immunity to pre-emergents and selective herbicides. Rotating between Treflan/Prowl and Poast/Fusilade every one to two years can help prevent chemical resistance.

“You can use the same chufa plot year after year,” said Travis Sumner, NWTF hunting heritage and habitat manager. Perennial chufa plots can emerge for up to five consecutive years if managed properly. Chufa benefits from repeated discing, so start with a deep discing in May to reinvigorate pre-existing chufa plots. After some rain, chufa will begin to emerge. Disc the plot again in mid-June and one last time in late July. Apply fertilizer before discing a final time in July to incorporate fertilizer into the soil; however, according to Greg and Deborah Yarrow’s Managing Wildlife, if the soil is particularly sandy, it may be more beneficial to apply fertilizer after discing, preventing fertilizer from flushing through the soil before plant intake.

Harrowing a chufa plot continually suppresses existing weeds, allowing chufa to thrive. While it is usually not necessary, you can add 10 to 15 pounds of chufa to thicken up a previous year’s plot. If continual discing does not stop weed growth, apply Treflan at the same rates mentioned above before a final discing.

It is important to check with your state’s regulations regarding baiting, as discing during turkey season may by prohibited by state game laws.

When spraying chemicals, ensure you follow all labels and are in accordance with state and federal laws and regulations.

Whether trying to integrate chufa as part of a habitat management plan on a property or strengthen a hunting lease, planting chufa can be essential to attracting turkeys. Once a chufa plot is established, it will enhance hunting opportunities and create brood and forage habitat.