The Congressional Sportsmen Foundation held a policy and conservation summit at NWTF’s 46th annual Convention and Sport Show for the first time.

Since 1989, the Congressional Sportsmen’s Foundation has maintained a singleness of purpose that has guided the organization to become the most respected and trusted sportsmen’s organization in the political arena. CSF’s mission is to work with Congress, governors, and state legislatures to protect and advance hunting, angling, recreational shooting and trapping. 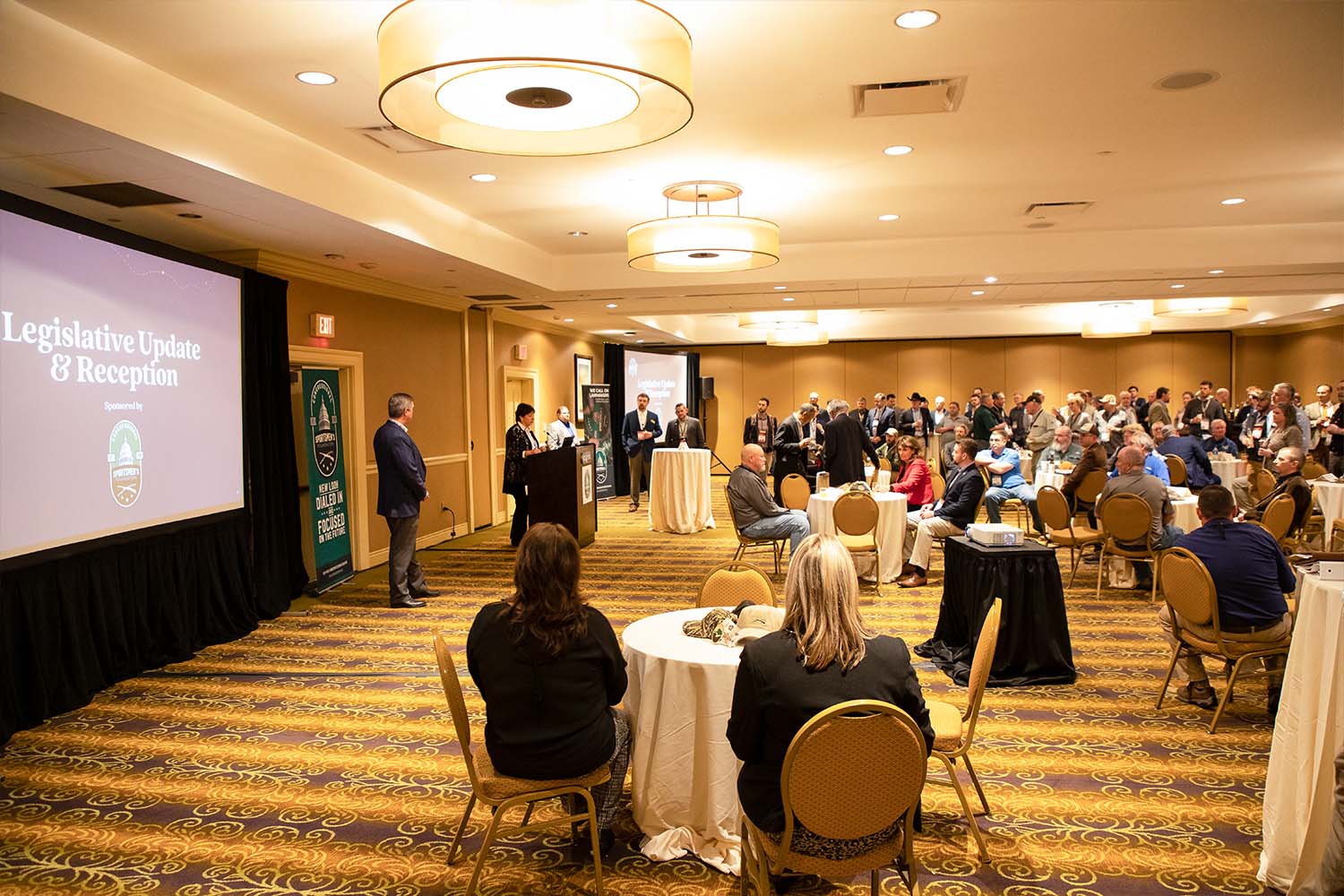 The CSF is by far the NWTF’s largest policy partner and is greatly responsible for why the NWTF is so effective on Capitol Hill fighting for policy measures that benefit wildlife conservation and sportsmen’s rights. NWTF CEO Becky Humphries joined the CSF Board of Directors earlier this year.

Matt Lindler, NWTF director of government affairs, and Tom Spezze, NWTF national director of field conservation and state policy elaborated to the audience of NWTF staff, volunteers and industry and conservation partners on the NWTF’s effective partnership with CSF and the collaborative presence the two organizations have in advancing sportsmen and conservation policy at both federal and state levels.

“CSF’s staff is laser focused on Congress as well as state legislatures and agencies across the country to protect hunting and fishing and trapping as well as wildlife conservation,” Lindler said. “Without them, we couldn’t be nearly as involved at the policy level and have as strong as a voice to promote and protect our conservation priorities and our way of life.”

In 2021, CSF had one of its most productive years in congruence with the continuing commitment of long-standing partners and the establishment of new partnerships. As 2022 unfolds, the NWTF looks forward to continue collaboration with the CSF and will continue to work toward the conservation of wildlife habitat, the protection of sportsmen's rights and the access of public lands.