Conservation Boots on the Ground in Montana 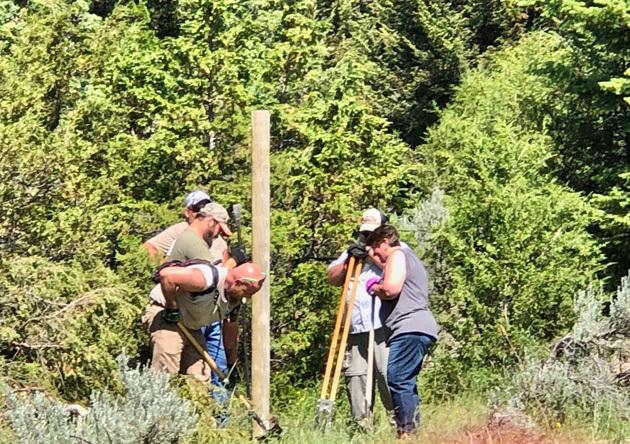 “We were able to secure all wooden corners and braces and 70 percent of T-posts,” said David Nikonow, NWTF cooperative biologist in Western Montana. “The Forest Service will use the remaining grant dollars for this project to contract Montana Conservation Corps. to finish the T-posts and erect wiring. This fencing will eliminate grazing from wild and domestic ungulates in a decadent aspen stand where shoot production is suppressed from excessive herbivory.”

Aspen stands are clonal tree communities (the same organism, connected by roots, spouting hundreds, sometimes thousands, of shoots that eventually grow into trees) that supply a high level of biodiversity for both plants and wildlife. Retained moisture in aspen stands allows for abundant grasses and forbs on the forest floor, resulting in insect-rich forage and brood habitat for wild turkeys and many other game and nongame species. 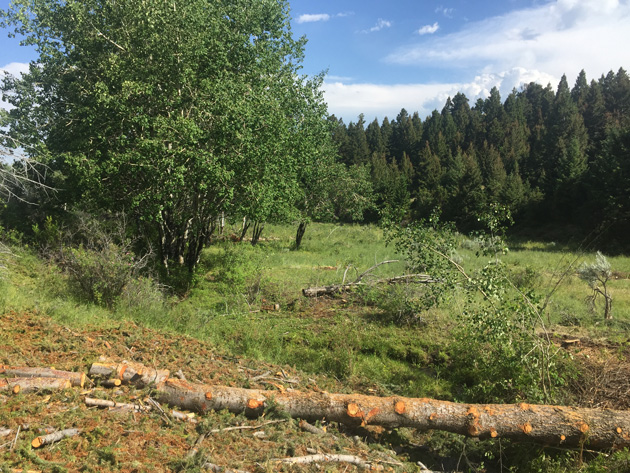 While aspen stands are common in Montana’s Lewis and Clark National Forest, “Much of the aspen throughout the LCNF are experiencing reduced vigor and size from conifer competition,” Nikonow said. “A lack of natural fire disturbance has resulted in prolific growth and regeneration of ponderosa pine, Douglas fir, juniper and Engelmann spruce; these conifers compete for water and light resources while the shade intolerant aspen often succumb to a degraded state.”

With the fencing, aspen suckers will mature into trees, making the stand healthier and more abundant. 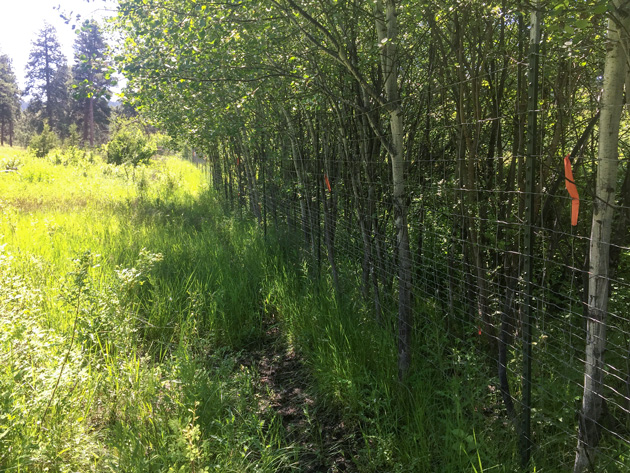 This stand is one of the 24 priority stands surveyed in the LCNF, and the remaining 23 stands will receive similar treatment, especially in regards to evergreen removal.

“Without the collaborative funding from conservation groups and the partnership through volunteer efforts, this project would have never been possible, Nikonow said. It took many people with the mutual interest of improving wildlife habitat to make this project a success.”