The Cumberland Plateau and the Southern Appalachians swallow a swath of rolling, rugged, forested land that sweeps across eastern Kentucky and Tennessee, dips into northeastern Alabama then hooks into northern Georgia.

This is turkey country, timbered and hilly. Hunting here can range from good to terrific, but much of the challenging terrain is not for the faint hearted. The region also serves as a microcosm for how proper timber management will boost habitat conditions for wild turkeys and the critters that live with them. 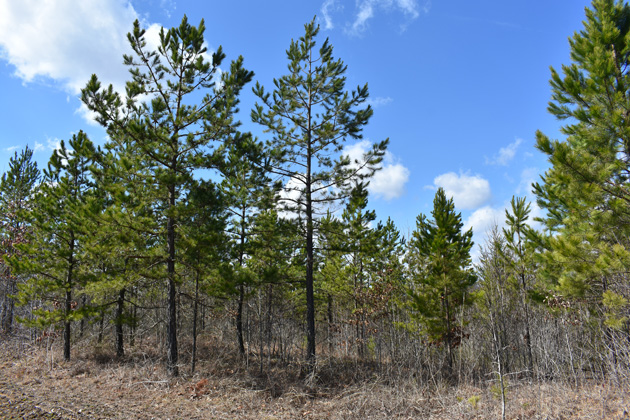 Timber management isn’t glamorous and rarely grabs headlines, but it is critically important, according to Steve Beam, the NWTF district biologist for Kentucky and Tennessee. Beam helps oversee bird and habitat management, including timberwork, across the plateau and Southern Appalachians.

“We think of turkeys as a forest bird, and they are,” Beam said. “But turkeys are very much habitat generalists, meaning they can use different habitat types for their survival, and they use a variety of habitat types at various times in their life cycle. They don’t live in only one place, thankfully.”

For forest management, this means mature hardwoods and young regrowth are equally important.

“Turkeys need forests of all ages,” Beam said. “They need mature forests for mast production, and they need big trees from a roosting standpoint. A nesting hen is going to be looking for a location with some type of visual obstruction or overhead cover; a place that’s difficult for predators to see her while she’s on the nest.” 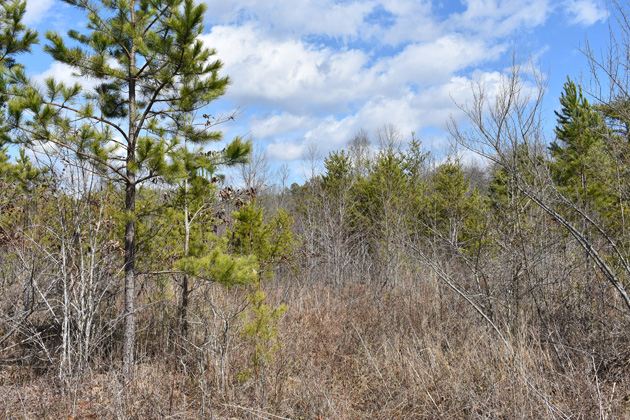 After the hatch, habitat needs change. Forests managed to provide varying age structure provide the type of cover where birds can survive, prosper and thrive.

“Once [the hen] goes off the nest, she is looking for habitat rich in insect abundance and sparse in vegetation, with ‘sparse’ meaning her small poult must be able to walk through it,” Beam explained. “She may take them to the edge of a crop field or a pasture field or a patch of clover.”

Food, ease of movement and proximity to escape cover are the keys.

Regional forest diversity was once achieved by natural cycles of fire. Fire is now closely controlled and the miles of shortleaf pine forests that once defined the region are largely gone.

“Shortleaf used to be a really important habitat component,” Beam said, noting that some parts of his management zone saw shortleaf pines decline up to 80% since the 1980s. Pine beetles and fire depression were the two major factors in this decline.

Sprawling stands of shortleaf pines aren’t coming back anytime soon. From a habitat and forest health standpoint, though, one way to offset the pine’s demise is to remove timber from areas not suited for it and, then, promote hardwood growth. 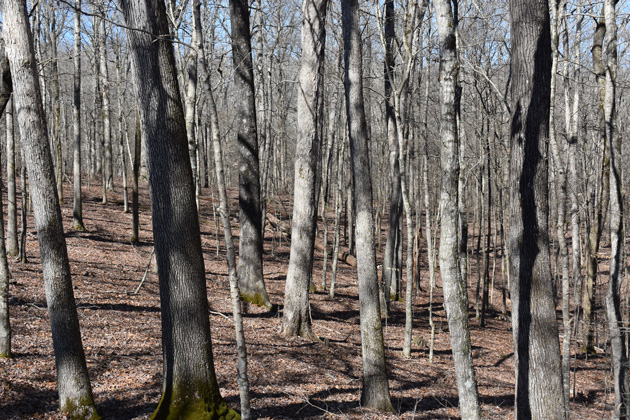 “That’s one thing fire does,” Beam said. “It helps get tree species on the right site.

“In most places in Kentucky and Tennessee, for example, you shouldn’t have beech or hemlock on top of a ridge. But sometimes on those drier sites, because there hasn’t been any disturbance — there hasn’t been any fire — you see shade tolerant species begin to dominate. So, many things we do are designed to give oaks the advantage. Likewise, if harvest is part of what’s needed, it needs to be well thought out and planned so you get back the growth you want.”

The NWTF has long recognized the critical role proper timber management plays in bird habitat. Some of this long-term habitat work likely goes unnoticed by the general public, and the federation occasionally hears criticism when the work involves removing mature trees, Beam noted.

Education can help offset that criticism.

“We are promoting forest health,” Beam said. “We are promoting forest age diversity. People get upset sometimes when they see timber that has been what I would describe as ‘cut hard’ — and I’m not talking about clear-cutting in a way that’s bad for water quality. Sometimes, though, cutting most of the trees from an area when you do a harvest is the best way to regenerate the oaks you’d like to get back.

“There has been, particularly on public land over the last few decades, a decline in a really young age class (of timber),” he said. “That’s one of the things we’re working with our partners to try to improve; get younger age class and early successional habitat out there. 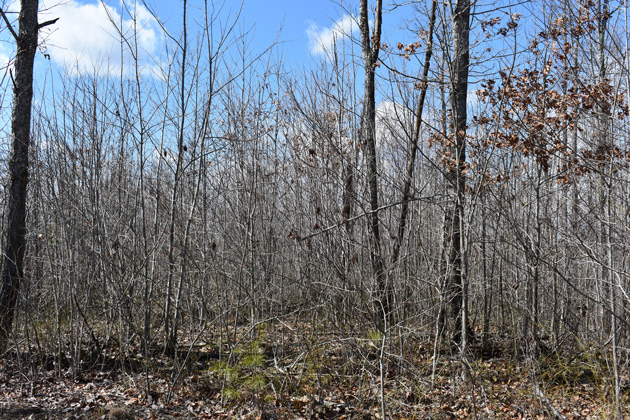 “These young forests have more grasses, forbs and herbaceous understory where turkeys and other wildlife that use early successional habitat can find what they need.”

The 706,000-acre Daniel Boone National Forest has such management work both ongoing and planned. Some of the work is being done through the USDA Forest Service Stewardship Agreement program, of which the NWTF is a major partner. Money from timber harvest and sales is funneled back into on-the-ground conservation work.

“The stewardship program is where organizations like the NWTF can partner with the Forest Service and exchange goods for services,” he explained. “In this case with the Daniel Boone National Forest, we basically buy their timber. We then sell this timber with the revenues used to do other needed conservation or service work that can’t be done commercially.

“For example,” Beam explained, “you may have a stand of timber that really needs to be thinned, but there’s no commercial value in the timber. Stewardship is a way to take the dollars generated from a sale and use it to do that work.”

“Money generated from the timber harvest will be used for conservation work in that same area,” Beam said. That work varies by location and need but can range from feathering edge cover around forest openings to restoring shortleaf pine.

Considerable timber management work happens on private land. Landowners are thoughtful stewards of their property and the wildlife it supports. Beam encourages them to seek expert guidance.

“Some of the harvest on private lands isn’t done under the eye of a professional forester and, in many cases, those harvests don’t leave enough sunlight on the ground to regenerate the oaks we would like to have,” Beam said. “I suggest contacting the state fish and wildlife or forestry agency or your local USDA Natural Resources Conservation Service office for help. Get a forester or wildlife biologist to come to your farm. It’s free of charge. It’s what they’re trained to do. It’s what they’re experienced with.” 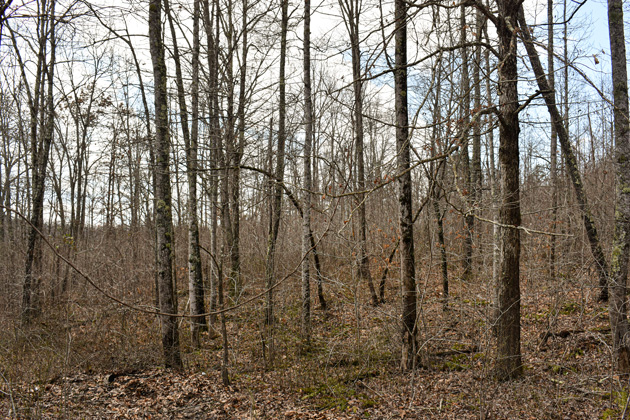 If a timber harvest is warranted, Beam urges landowners to invest in a consulting forester.

“While taking some of the potential profit to pay a professional may seem counterproductive to some, the landowner will actually make more money on the harvest than if they just cut directly with the logger,” Beam said. “And, they would certainly end up with a better cut that will make their forest more productive for everything in the long run.”