Having a professional land manager analyze the vegetation on a property will quickly reveal how prevalent invasive species have become across the landscape.

The NWTF’s Mark Hatfield, a certified wildlife biologist, said the first step toward eliminating invasives is realizing the difference between nonnative invaders and naturalized nonnatives. A good example of the former is the Chinese privet, which thrives from southern New England to western Texas.

“The Chinese privet can absolutely take over a 10-to-15-acre section of a riparian zone or bottomland hardwood stand,” he said. “It’ll choke out any young hardwoods trying to come up and become so dense that animals, like turkeys, can’t walk or feed through there. Dormant season treatment can readily remove privet without disturbing other native plants.”

Two invasives behaving similarly are autumn olive (found from Maine to Florida and west to Louisiana and Nebraska, with West Coast populations as well) and sericea lespedeza (which thrives over most of the eastern U.S.). 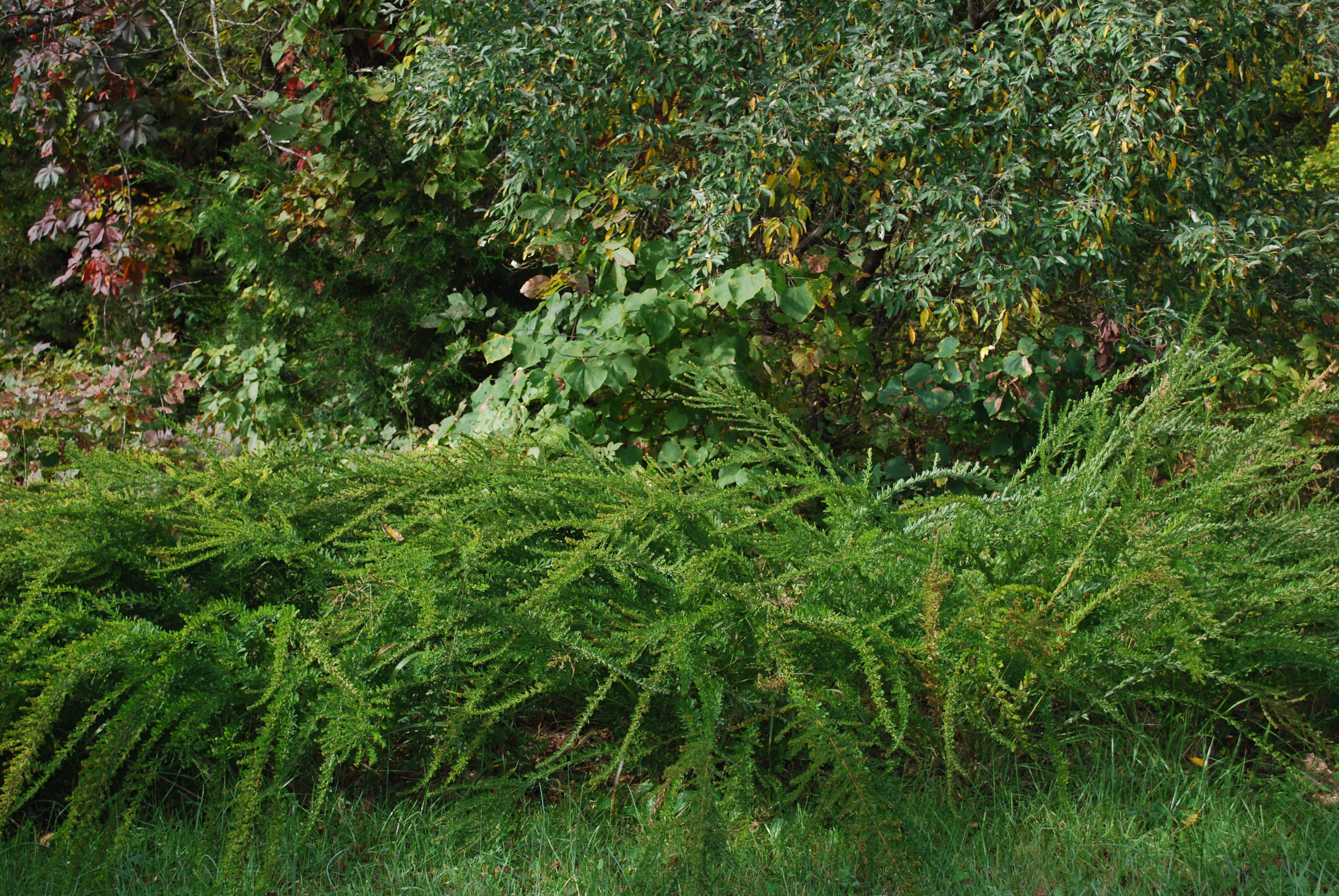 Examples of naturalized nonnatives are wineberries and the various species of clover. Wineberries are an important summer food for wildlife. And who hasn’t planted clover in our food plots? Japanese honeysuckle is another nonnative providing wildlife food and cover.

Then, Hatfield added, there are native plants that become invasive as they colonize new areas. Eastern red cedar is a prime example.

“The red cedar can provide quality thermal cover in the East, but its spread westward has negatively impacted sage grouse and prairie chickens,” he said.

In the Midwest, bush honeysuckle is one of the nasty species managers are trying to tackle, said Jason Lupardus, NWTF Midwest conservation field manager. “An innovative technique to treat this species is being used in Illinois. In late fall, a helicopter applies an aquatic-friendly, glyphosate-based herbicide paired with a surfactant.” 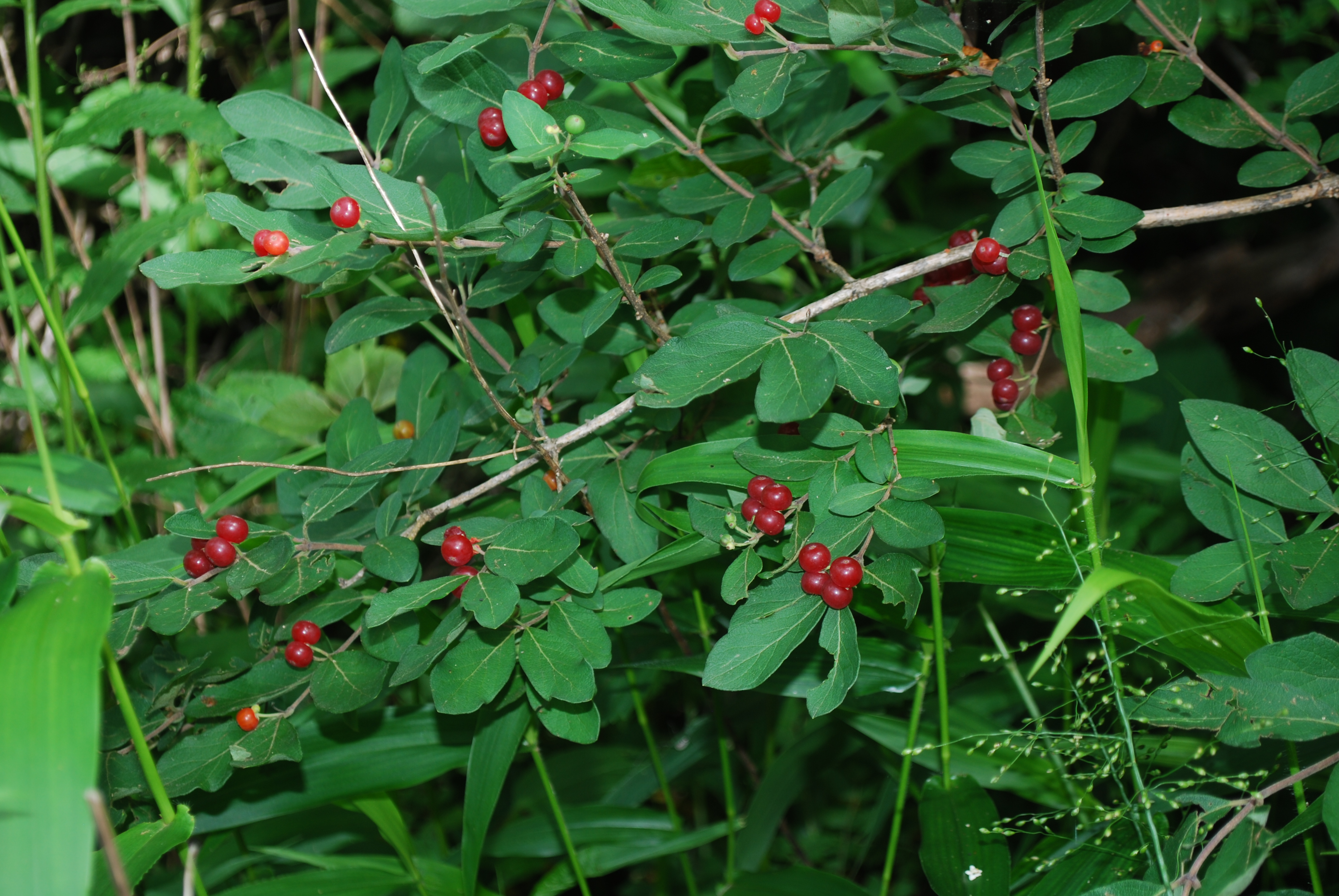 The results thus far have been fantastic, Lupardus said, with treatment costs lower than with any other technique. The treatment can take place over fields and hardwood forests after leaf fall.

“Native grasses and numerous forbs, such as ragweed, pokeberry and partridge pea that have been choked out in the understory, respond quickly once bush honeysuckle wilts away,” Lupardus said.

Sericea lespedeza is one of the most significant threats to the last remaining tracts of native Tallgrass Prairies. Eastern red cedar, though, may be the most fearsome grasslands intruder. 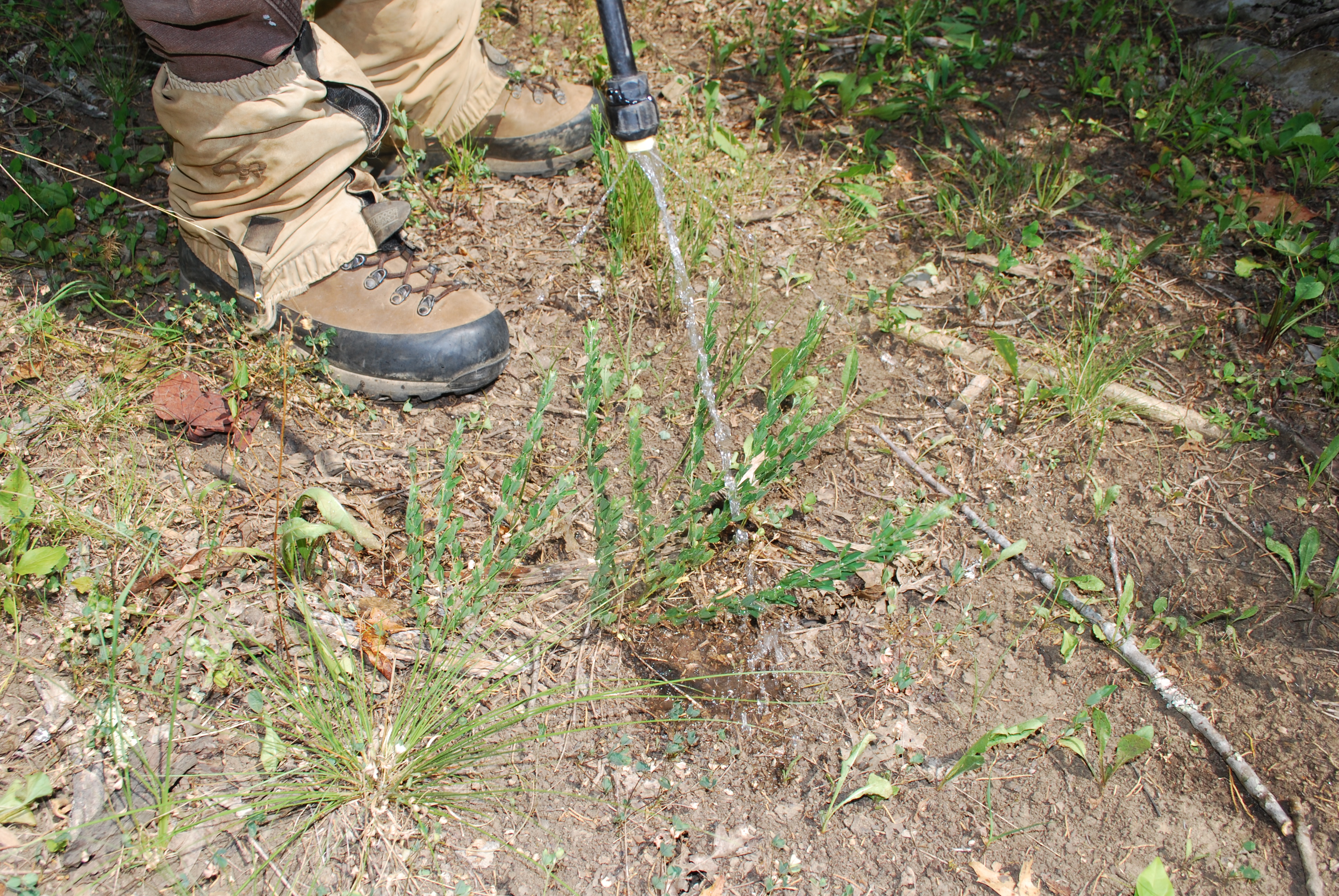 “This invader, along with other invasive juniper species, are major threats to Western grasslands and contribute to increased wildfire risk and impacts,” McJunkin said. “Eastern red cedar has been identified as one of the highest priority resource concerns in Nebraska by the Nebraska Conservation Roundtable. In addition, the expansion and abundance of red cedar across the West has likely been a contributing factor to the severity and spread of the largest wildfires in Kansas the past two years.”

The Northeast also has plant interlopers.

“Japanese stiltgrass is an annual, warm-season grass that is tolerant of a wide range of conditions,” said Doug Little, NWTF conservation field manager. “The grass grows to heights of 12 to 24 inches and can often be found in disturbed areas, including roadsides.” It often outcompetes desirable native vegetation and reduces the regeneration of woody species. 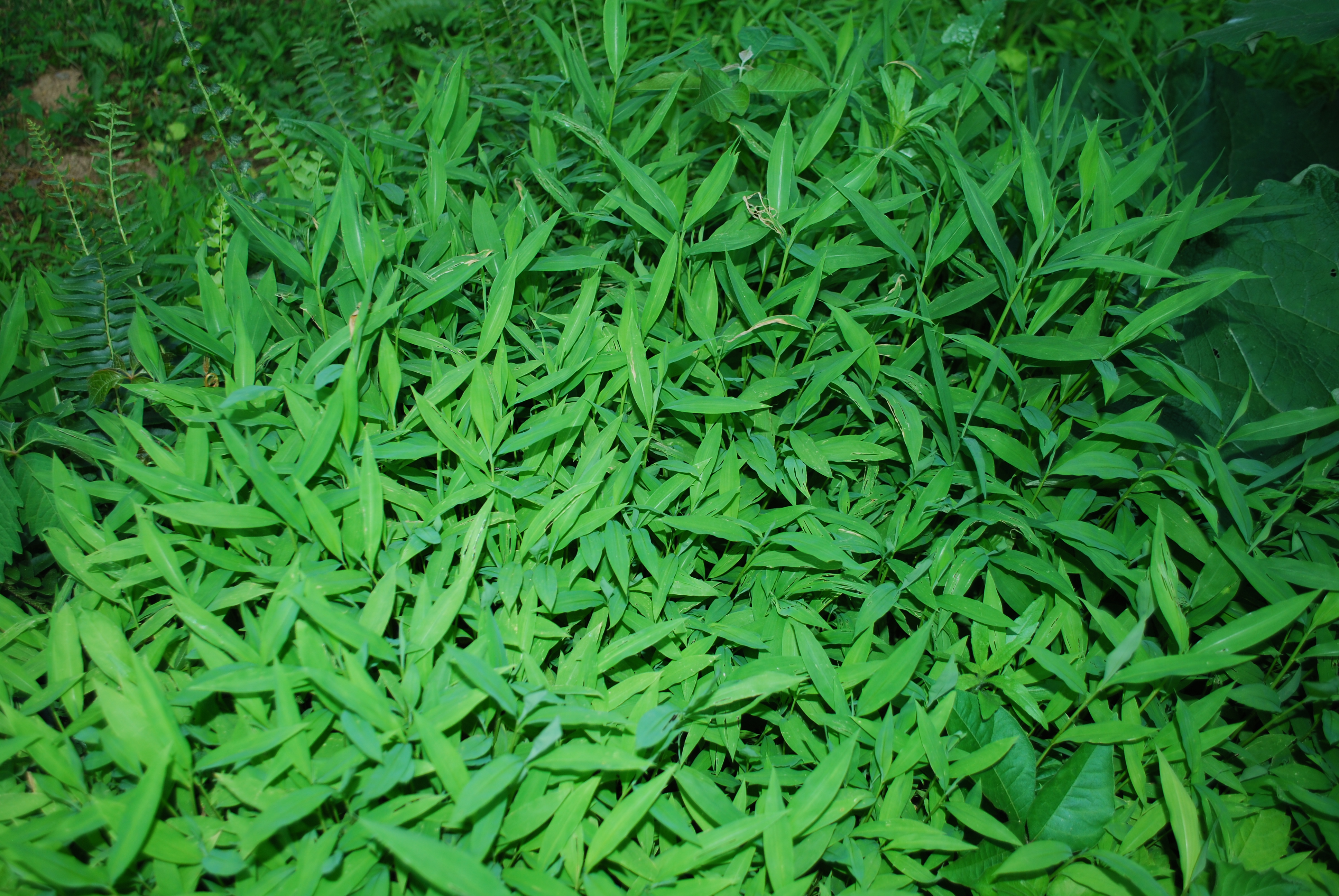 Research control measures for stiltgrass thoroughly before beginning work. For example, Little said, timing of mechanical and chemical options are crucial to prevent disturbances that could cause greater spread of stiltgrass.