Eliminating tree of heaven in Ohio

The NWTF and the USDA Forest Service treated 2,988 acres of tree of heaven, a fast-growing deciduous (sheds annually) tree, in Scioto, Lawrence and Washington counties in Ohio, all of which are located in the Ohio River Foothills focal area.

Tree of Heaven is an invasive species brought from Asia to North America in the late 18th century. The NWTF has joined the USFS in eliminating tree of heaven, as it has the ability to change an entire ecosystem. 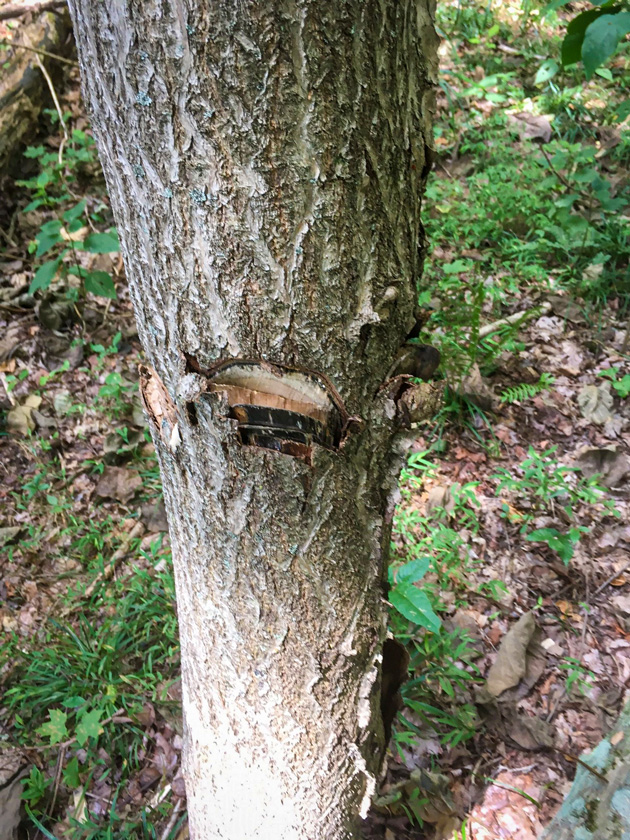 “There are currently multiple agencies working together to combat the decline in oak and hickory forests that once dominated in southeastern Ohio,” Bowman said. “Oak and hickory forests remain intact, but they are at a tipping point. Regeneration is not keeping up with the changing conditions, and intermediate-staged forests are underrepresented. Nonnative species control is a huge part of this effort to turn our forest back to its original oak- and hickory-dominant forest type.”