A recent tree planting on the 147,000-acre Camp Grayling—a National Guard training facility within NWTF’s Huron-Manistee Focal Landscape—exemplifies not only the conservation success between partners in the focal landscape, but it also captures many of the foundational pillars the NWTF represents, volunteerism, sweat equity and leaving the land better than you found it.

“This tree planting is a great representation of a grassroots conservation effort in Michigan,” said Ryan Boyer, NWTF district biologist for Indiana, Michigan and Ohio. “This project and others we’ve completed through this grant would not be possible if not for partners like Michigan United Conservation Clubs, the Michigan Department of Natural Resources, Michigan Army National Guard, the USDA Forest Service, as well as others that have supported previous projects in this Focal Landscape. The NWTF has received nearly $1.2 million in Michigan DNR Wildlife Habitat Grant funding since 2015 to support this project and others like it within the Huron-Manistee and other Michigan Focal Landscapes. This tree planting is one component of the multi-faceted project  where we utilize and leverage generous MDNR funding to enhance wildlife openings and oak/pine barren ecosystems.” 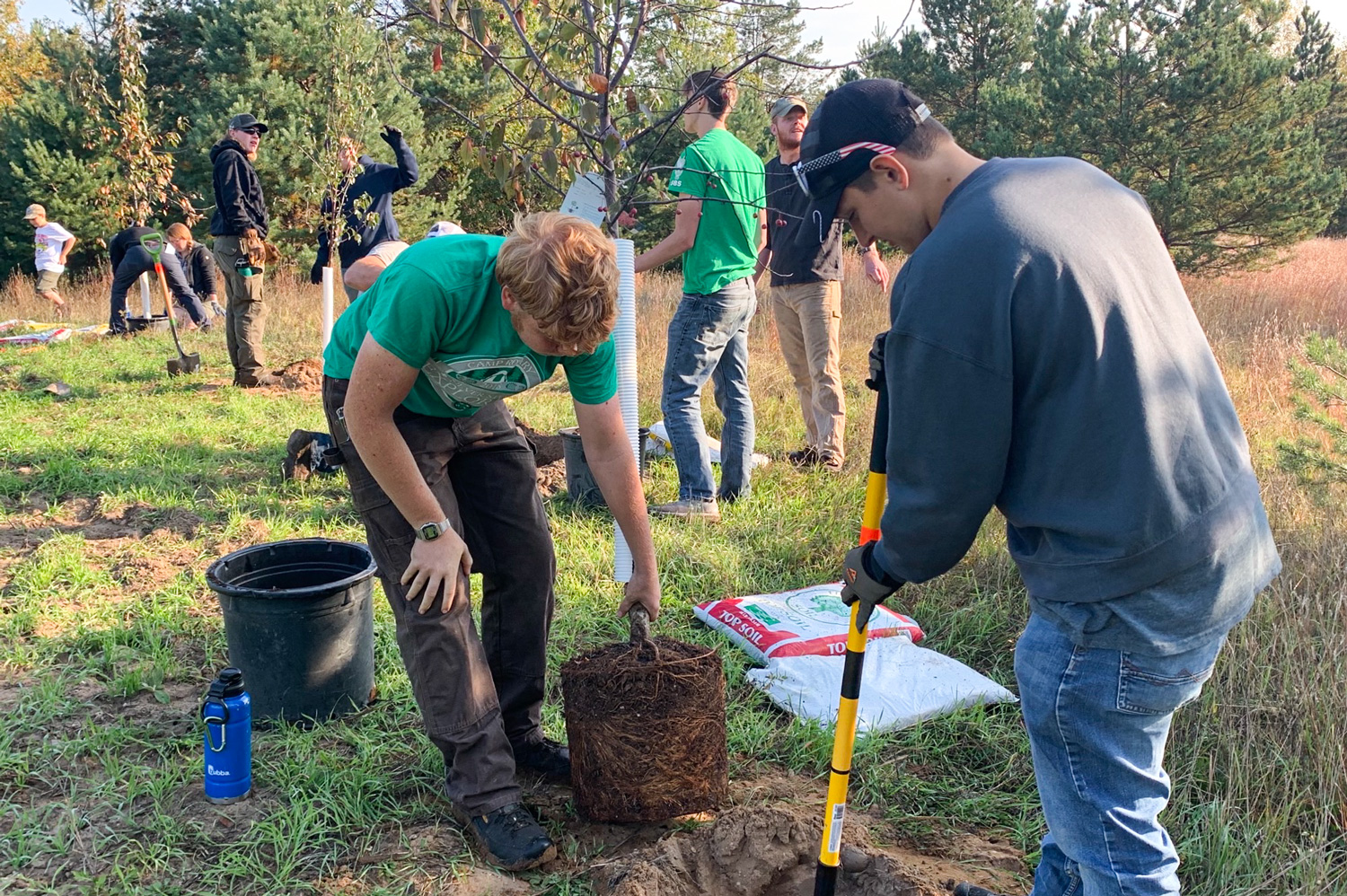 “Having many mast producing trees, both hard and soft mast, is crucial for wild turkeys in Michigan,” Boyer said. “Having nutritious food sources is necessary for these birds subjected to harsh Michigan winters.”

“Makhayla LaButte [MUCC’s habitat volunteer coordinator] did a great job getting volunteers from around the state involved,” Boyer said. “I’ve done these projects where it’s just a few conservation staff doing the planting, so it was great to see such a tremendous turnout, but it was even better seeing the volunteers and our supporters take pride in their role in the success of the project.” 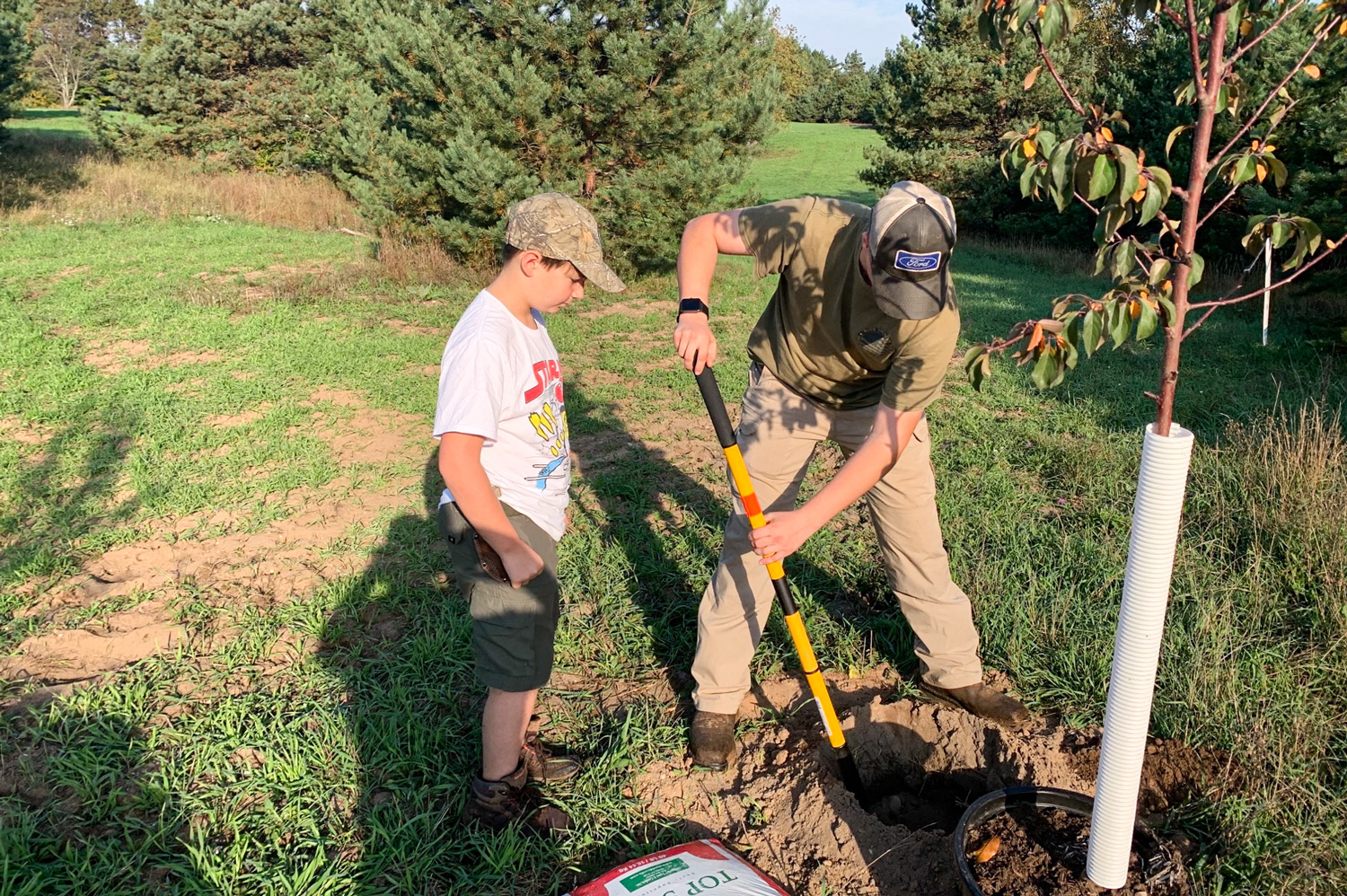 “We were lucky to get such a great northern Michigan day for this event,” said Cullen Haesler, Camp Grayling natural resources analyst. “Once we met at the MDNR field office in Grayling, we were able to convoy up to the first planting location, where Ryan and Makhayla were able to give brief demo on what we were doing. Once everyone was on the same page we spilt into three teams to tackle the task. We were able to get the work knocked out quicker than anyone really anticipated. We got to enjoy a great day, see lots of hunters in the woods and even got a brief airshow from the A-10s, which were conducting training in the airspace above our heads. The day really couldn’t have went smoother or better executed.”

The tree planting on Camp Grayling is one of the many instances where the NWTF has helped with habitat enhancements on military bases. Military bases, whether for training or other purposes, often included hundreds of thousands of acres of important wild turkey and overall wildlife habitat. The NWTF frequently works with these military bases throughout the country to improve these areas through forest management and plantings, which in turn benefits the U.S. military too. 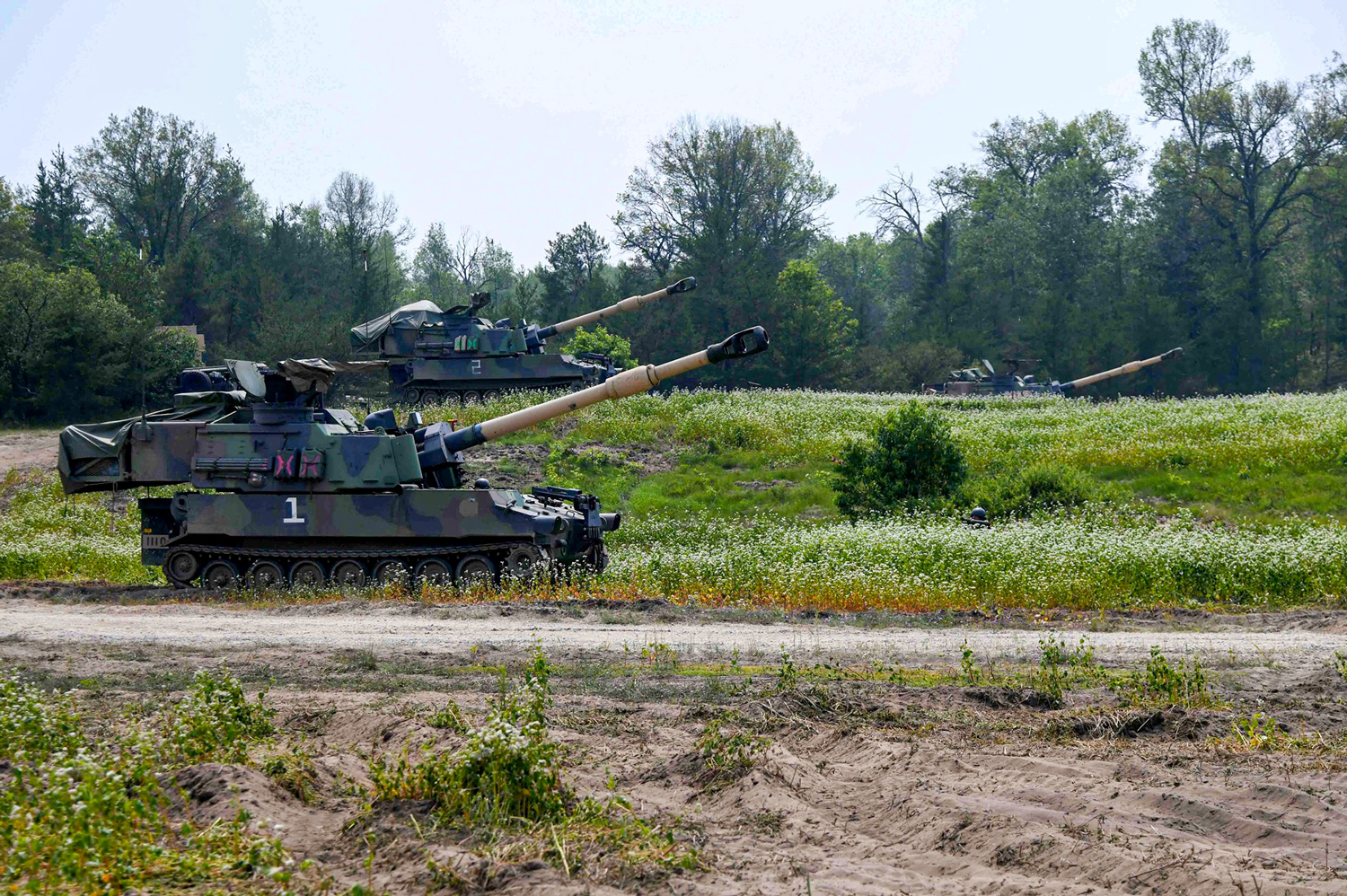 “One of the greatest aspects about the NWTF is how much we honor and support our veterans and service members,” Boyer said. “When we get to do conservation work that benefits wild turkeys, wildlife and our service members, that what it’s all about. This project is saving the Department of Defense money by reducing maintenance costs on these openings while also making better habitat for wild turkeys. ”

The NWTF’s presence in Michigan is prevalent and continually growing, bringing in a variety of interested parties and making a difference on a land-scape scale. Keep an eye out for more conservation success in the Great Lakes state soon.