One part of the upper Midwest that largely escaped glacial drift over millions of years continues to thrive. It’s known as the Driftless Area, which encompasses southwest Wisconsin, southeast Minnesota, northeast Iowa and northwest Illinois, and is extremely important to wild turkeys and other wildlife.

Rick Horton, NWTF’s district biologist for three of these four states, knows this region well. The historical significance of the area, he explains, is that the last glacier to cover this part of North America split and went around this region.

“It didn’t get leveled like the areas around it,” Horton says. “A glacier leaves a deep layer of rocks, dirt and gravel, or ‘drift’ in its wake. This area doesn’t have that, which is why it is called the Driftless Area. It has high hills, deep ravines, rock outcroppings, trout streams and is bisected by big rivers like the Wisconsin, Minnesota and Mississippi.”

Horton says the area is “perfect turkey habitat” and merits the emphasis NWTF places on this landscape. Its hillsides are covered with oak-hickory forests and the hilltops and stream bottoms are farmed with corn, soybeans and hay.

“Back in the 1970s, this is one of the areas where we first introduced turkeys,” Horton says. “It has been a turkey stronghold ever since.”

Continued focus on the Driftless Area will keep it that way. 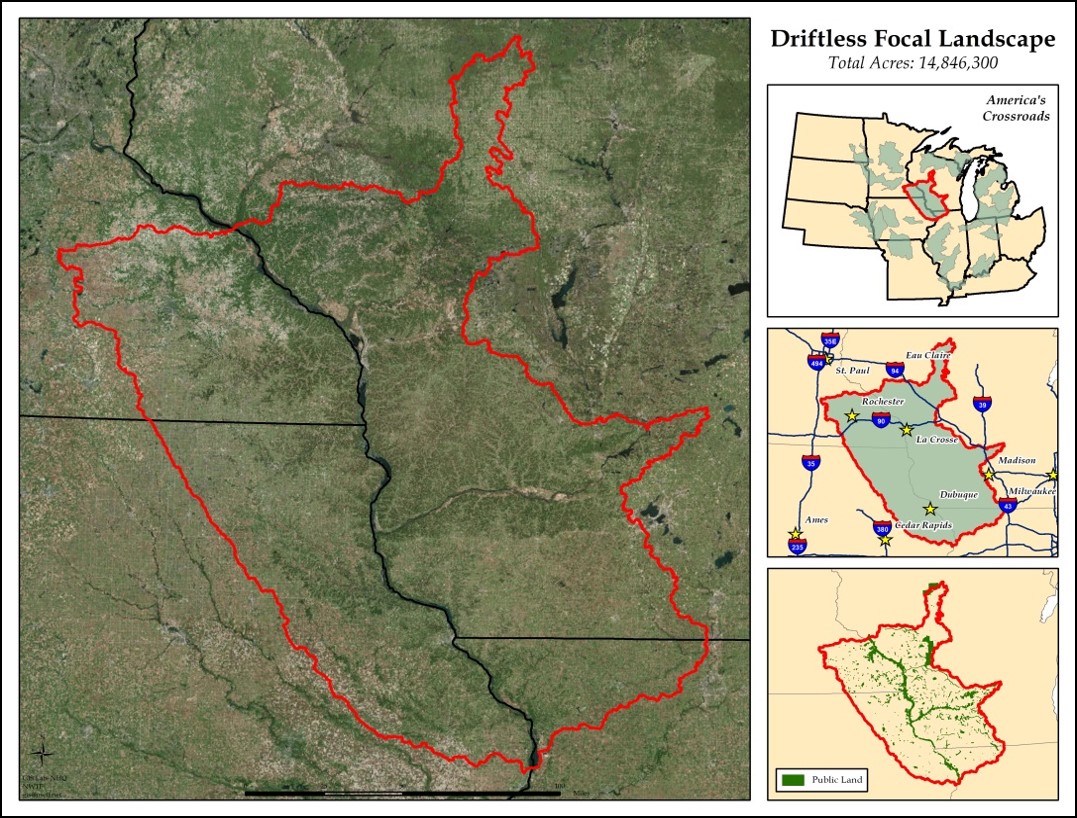 The Driftless Area is largely held by private landowners. This poses a challenge for conducting landscape-scale habitat improvement.

“There are a couple of large blocks of public land on the Minnesota side of the Mississippi River,” Horton says, “but, for the most part, the public land in the Driftless Area consists of small parcels. More than 95 percent of the land is privately owned. This requires us to reach out to these private land owners and partner with them.”

That is the NWTF’s largest challenge in the area.

“Many farm owners don’t manage their land for wildlife and, in many cases, they don’t properly manage their forests,” Horton notes. “The oak and hickory forests in this area are getting old and dying off. Oak cannot reproduce in its own shade, so if forests aren’t managed, the oaks and hickories slowly die off and end up being replaced by maple, basswood and other mixed hardwoods that thrive in the shade.”

Those trees don’t produce acorns and nuts favored by turkeys, deer and other wildlife like oak and hickory trees do, and that can be a problem if they overtake more beneficial hardwoods.

The NWTF and its partners strive to educate landowners about the importance of properly managing their land for the benefit of wildlife, while protecting water and soil resources. Horton explains, “Some folks think logging is bad for the environment, but you must harvest some timber to regenerate oaks and create young forest habitat favored by a suite of animals, such as turkeys, grouse, woodcock and many different songbirds.”

The conundrum: Oak forest regeneration isn’t easy and is a lengthy process.

“Oak isn’t like an aspen forest that immediately sprouts back after a clear-cut,” Horton says. “Oak forests need several steps of active management to ensure a healthy future forest. The NWTF can offer professional assistance and guidance for landowners to help them with that process.”

The NWTF can assist landowners who would like to enroll in USDA Natural Resources Conservation Service programs that provide Federal Farm Bill cost-share funds for private landowner projects.

“Landowners are far more likely to participate in forest management once they discover that there are funds available to help them,” Horton says. “One of the biggest things the NWTF does is to educate people on what is available to them. We hold workshops in cooperation with other conservation groups, including the Aldo Leopold Foundation, American Bird Conservancy, Ruffed Grouse Society and state natural resources agencies. We all feel that the Driftless Area is a unique and extremely important region.”

“We recently received grants from the NRCS in Iowa and Illinois so NWTF could hire a private-land forester in those states,” Horton notes. “That professional forester will contact and work with landowners who’ve expressed an interest in actively managing their land.” 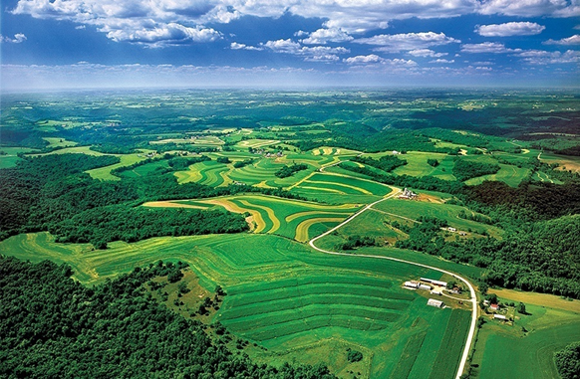 The NWTF forester will write management plans for private landowners, help them enroll in cost-share programs and help them complete the projects.

“This process can be very involved,” Horton says. “One reason many landowners don’t participate in land management projects is because getting the funding, hiring a contractor and all the other parts and pieces of a project can be daunting. This can scare landowners away, even when they know the funding is available.”

Securing other grants that could result in millions of dollars is also on the NWTF’s agenda. These funds will be used to hire private-land foresters in Wisconsin and Minnesota.

Horton points out that each piece of property usually has unique features or issues that require specialized plans. Still, some basic tenets apply.

For example, Horton says, “One initial task is often to control invasive species. We have to treat and get rid of invasive plants like buckthorn and honeysuckle first, or they can impede the growth of young trees.”

A next step may be to conduct a shelterwood harvest, which is a selective cutting of less desirable trees to open the understory. The largest and best oak trees are left to produce an acorn crop.

“In this case, maple, elm and other trees are removed so the large oaks and future oak saplings can thrive, which will produce food for wildlife,” Horton says. “This sets the stage for a new oak forest.”

This is a long-term process with multiple project phases. It can take several years and lots of nurturing to see the payoff. Protecting and regenerating oaks often includes caring for the saplings once they start to grow. Deer kill many saplings that aren’t protected by repellants, protective caging or other barriers. Nursing along those young trees until they are up above deer browse height is a key part of the process, Horton says, adding “It can take three to five years to see a substantial difference.”

Once young oak trees are large enough to stand on their own, a final cut can take place. Older oak trees can be removed, leaving behind a young oak forest that can thrive for years.

“We’ve done similar projects on public land,” Horton says. “Although it can take years to see a huge difference, eventually the young forest matures into another old forest that provides food, cover and roosting trees for wild turkeys and other wildlife.”

Horton says working with other agencies and partners, including state agencies, wildlife groups and the federal government, is the key to making a difference for wildlife on the Driftless Area’s private lands. Partnerships can help secure and leverage grants and other financial resources to make a larger impact.

“NWTF, by itself, couldn’t fund all of these projects; but by partnering with many other like-minded groups and individuals, we can succeed,” he added.

Much of the Driftless Area reminds Horton of the turkey-rich Missouri Ozarks. With a little help, he believes it can remain that way.

“It’s a lot of work for us and our partners, but without it we will end up with forests that aren’t very good for wildlife,” he says. “Without this focus, when the last oak tree falls, we will end up with a forest full of maple trees and no mast-producing trees. Then you won’t have many wild turkeys living there. With the rolling hills and waterways that run through the Driftless Area, that would be a shame.” 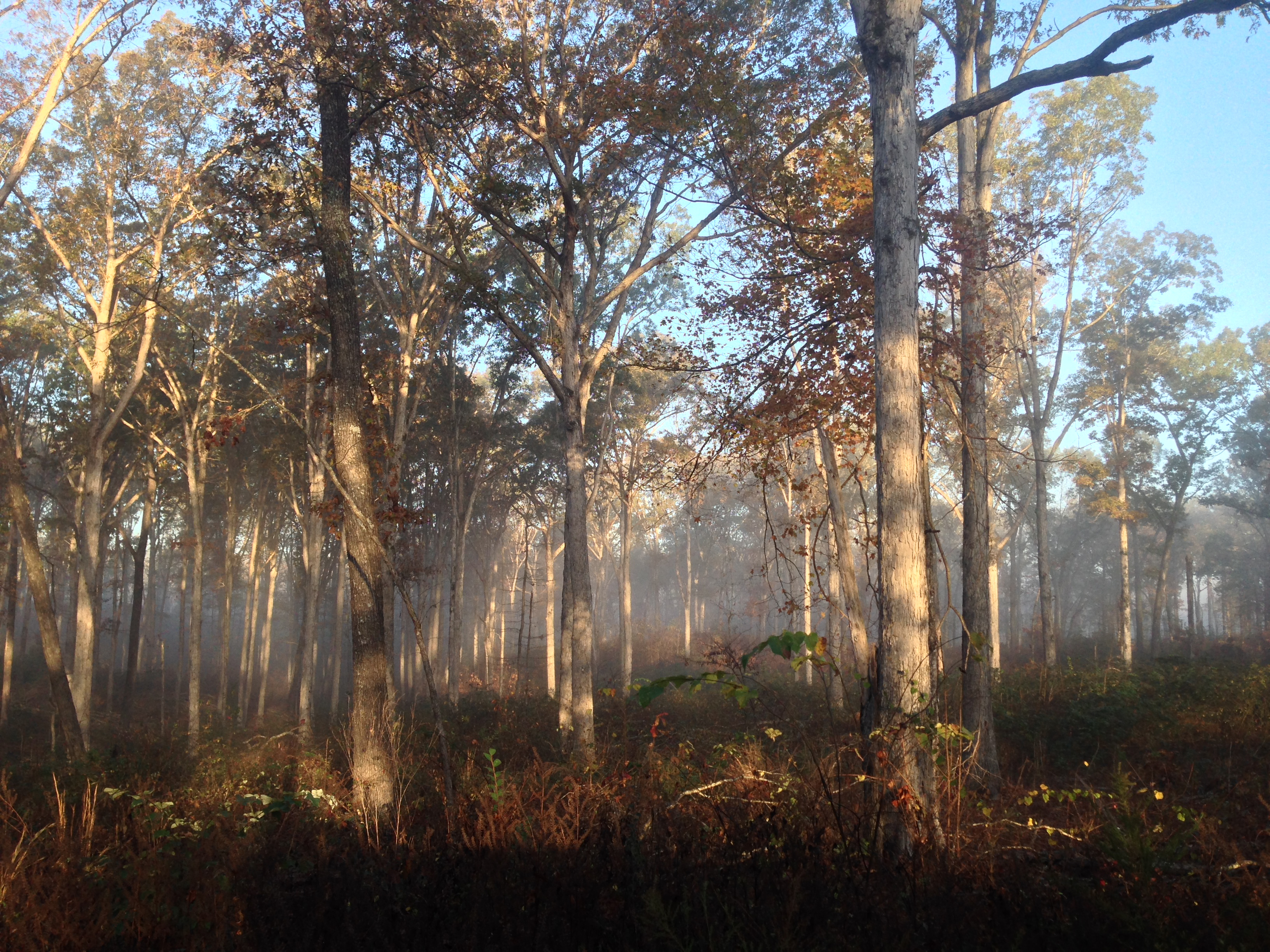