The past, the present and the future – all in one vision – is at the core of the NWTF’s rebranding strategy.

It was early March, 1985. I had drawn one of the 2,750 permits for Minnesota’s seventh wild turkey season in modern history and was spending Saturday afternoon attending the requisite DNR clinic put on by volunteers from a new conservation organization designed to introduce erstwhile deer and duck hunters like me to the basics of this new game. During a break, attendees were invited, for a mere $25 investment, to become members of the state’s first NWTF local chapter and attend their fundraising banquet, one of fewer than 20 held nationwide that year, the following weekend. As it has for thousands of others, accepting that invitation changed my life.

Over the ensuing 36 years I’ve become an NWTF “old timer.” I’ve been privileged to serve our mission and members in roles from the local chapter committee to state chapter president, followed by two terms on the NWTF National Board of Directors. Turning passion into profession in 2012, I became an NWTF regional director, ultimately retiring from NWTF staff ranks a year ago as COO.

During this time, regardless of the vantage point that I occupied, it was always clear that the NWTF’s successes and growth were based on the steadfast focus of principled and passionate members, volunteers, partners and staff on a mission that held conservation and a treasured lifestyle at equal levels of importance. Because of those core elements, the dual mission of wildlife conservation focused on the wild turkey and the outdoors lifestyle, coupled with the people committed to working for that mission in their daily lives, the NWTF has become a solid and successful brand with a positive impact in the conservation and outdoor world. 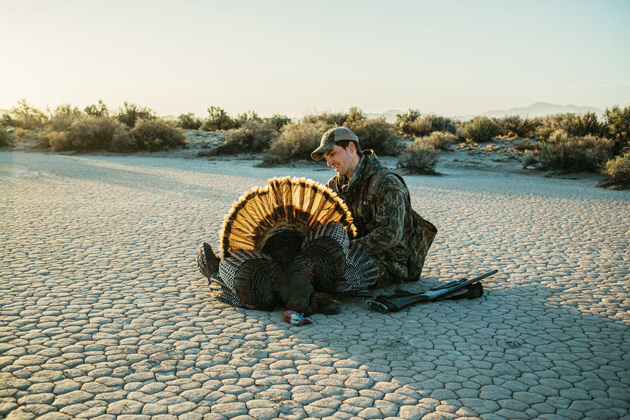 Because of this track record of success, the idea of “rebranding” the NWTF appeared, at first glance, counterintuitive.

“If it ain’t broke, why fix it?” seemed an appropriate response. Appropriate that is, until I understood that “branding” the NWTF is not the same thing as the NWTF “brand” itself. The NWTF brand is our mission and the people who drive it.

Branding is simply the way the NWTF story is communicated and positioned to those within and, more importantly, to those outside our organization to make it relevant and attractive while continuing to grow in an ever-changing world. For the NWTF, the purpose of “branding” is to bring greater visibility, new and engaged members, volunteers and partners, and growth to the mission. Unless those means of communication and that positioning are continually evolving, the NWTF is at risk of becoming stagnant and irrelevant.

I’ve also come to realize that during the 36 years I’ve been involved, the NWTF has been continually rebranding. Heck, the internet as we know it didn’t exist until 1991, and since then we’ve developed and redeveloped our website several times. This magazine and other NWTF publications have evolved and gone through numerous changes over the years.

There have been at least five different “standard” NWTF logos along with countless permutations in the past four decades. These are but a few examples of NWTF branding elements evolving, reflecting internally driven efforts to keep the NWTF brand positioned and relevant.

Unfortunately, data from the 2016 membership survey made it clear that our internal best efforts were falling short. In 2012, the average age of an NWTF member was 48. By 2016, it had climbed to 54. For each year that passed our membership was aging 1½ years. Perhaps more alarming was learning that in 2016 almost one quarter of our members were over the age of 66 compared to only 12% in 2006. During the same 10-year period, the number of NWTF members between 19 and 35 years old had declined from 22% of the total to 10%.

The path we were on was unsustainable. I’d become an average age member. Like it or not, folks like me weren’t going to be around forever. It became clear to both volunteer and staff leadership that we needed some outside eyes with experience in rebranding in the outdoor/conservation arena to help us plan for our future.

In January of 2019, The Truth, a company specializing in changing the branding positioning of solid outdoor brands, including Browning, Winchester and Under Armour, joined forces with the NWTF staff, volunteers and partners to lead that effort. The two years of intense research and planning since have involved thousands of people including current members, volunteers, staff and potential members. Those collective efforts have led to the exciting changes in our branding elements — the way we tell the NWTF brand story, which will be rolled out over the coming months.

I hope, as an “old timer,” that some of the changes may even make me a little uncomfortable. The new logo, for instance, didn’t give me instant warm fuzzies, but I understood that it was the overwhelming choice of test group participants under age 45, including current and potential turkey hunters and NWTF members. When younger family members explained that it’s appealing, inviting and “cool,” I realized that if simple changes like this help us grow and revitalize our brand, I’m fine with being initially uncomfortable. 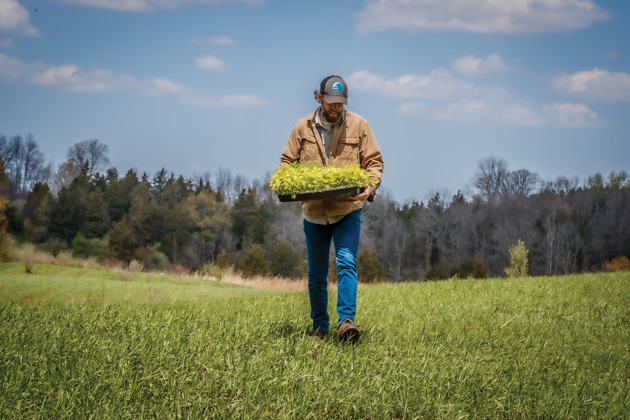 Stephen Hoye of The Truth put it best early in the rebranding process: “In whatever we do, we have a moral obligation to the mission.”

The NWTF’s brand is its mission and its people. The branding evolution that we are about to participate in is a fulfillment of our obligation to both.