“This project is in response to the most severe drought on record in California, between 2012-2015, that was responsible for killing over 100 million trees statewide,” said Kevin Vella, NWTF district biologist. “The drought weakened the trees to the point that allowed large swaths to be killed off by bark beetles.” 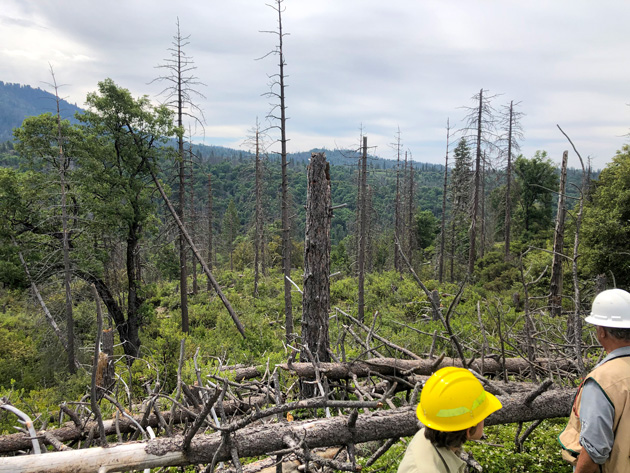 The work will enhance wildlife habitat and forest health by removing 1,440 acres of woody biomass and 1,387 acres of small tree mastication and mulching, beginning in 2020 and completing in 2022.

The project includes cutting down dead standing trees, mulching young coniferous trees that are 10 inches in diameter or less, in addition to removing trees that have already fallen due to drought. This biomass removal results in a healthier, more diverse, and well-groomed forest that is less susceptible to wildfires and is more suitable for the wildlife that inhabit it.

The NWTF has a stewardship agreement with the Sequoia National Forest that allows the NWTF to consolidate federal, state and private funds into one large budget that ensures habitat and forest restoration work is accomplished. 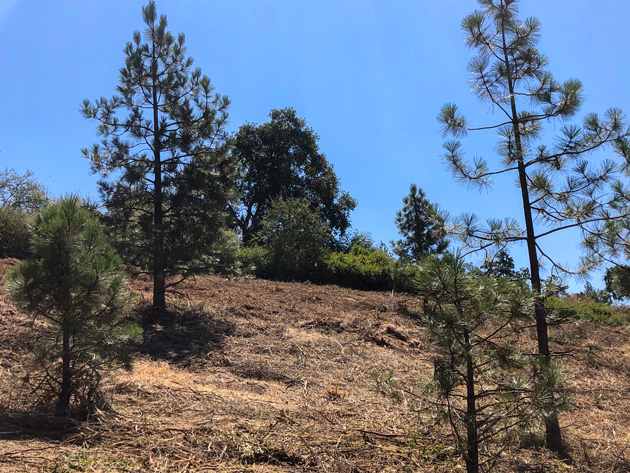 The NWTF then acts as the project manager, along with other partners, by putting together bid packages for the project, selecting contractors, writing up contracts, coordinating the contracted work and inspecting for compliance as the work is being performed. At the end of the job, the NWTF pays the contractor and invoices the Forest Service to be reimbursed from the stewardship agreement.

“Partnering the way we do through our stewardship agreement with the Forest Service is a win across the board for everybody, especially the wildlife, the public and forests,” Vella said. “The Eshom Ecological Project is just one of the many great projects the NWTF is involved in out west, and our landscape-scale impact is becoming more evident as the work continues.”