In search of answers

Can we turn the tide of wild turkey declines in Missouri? The research is under way.

In the early 2000s, Missouri had some of the highest Eastern wild turkey densities in the United States and boasted the best turkey hunting found anywhere, and northern Missouri was its epicenter. Over a 20-year period, turkey populations in the state have declined at a worrisome rate, and researchers want to know why.

Missouri is one of the states that still maintained wild turkey populations throughout the early 20th century, when turkeys were mostly extirpated in many states and populations dipped to around 250,000 nationwide. This was after pre-colonial estimates of upwards of 10 million birds throughout North America.

Trap and transfer efforts within Missouri bolstered that population, allowing it to soar to post-colonial highs by 2004. That year, hunters tagged over 60,000 birds and turkey hunting there was in a Golden Age.

In just under two decades, however, the population has plummeted by more than a third of its former glory based upon harvest data. In north Missouri, the turkey harvest has declined by almost 50 percent compared to 2004, and harvest rates are closely correlated to population numbers.

A five-year study that wrapped up in 2019 concluded that poult survival was far less than normal rates, and in an effort to reverse that decline, the Missouri Department of Conservation and the University of Missouri have embarked on a multi-year research project to identify the reasons why. 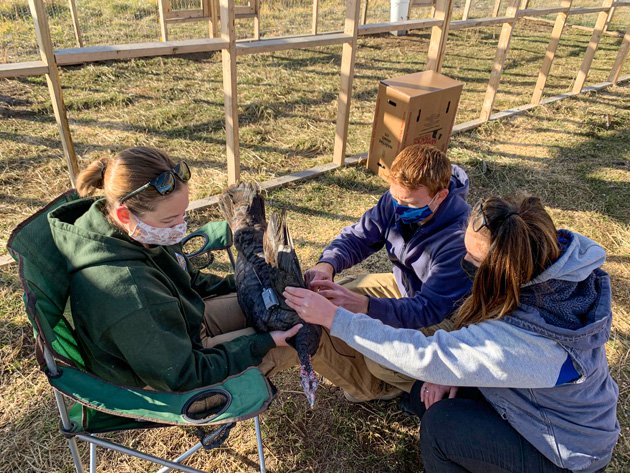 “Our whole goal is to determine what’s influencing production,” said Reina Tyl, MDC wild turkey and ruffed grouse biologist. “If we can reduce what’s negatively affecting poult survival, we should see a turnaround of the populations.”

Specifically, the study hopes to answer these questions:

The team that is tackling this issue is broad and experienced. Professors Mike Byrne, Ph.D., and Mitch Weegman, Ph.D., are leading the field research effort with support from graduate assistants and MDC staff. The NWTF has skin in the game, as well, and is pitching in with annual funding through the Missouri State NWTF Chapter and the NWTF Foundation.

“Most of our members are very passionate about the wild turkey resource and very proud of Missouri’s reputation as THE place to hunt Eastern turkeys,” said John Burk, NWTF biologist for Missouri. “They have been steadily mashing the panic button for the last three years. From demanding regulations changes to supporting predator bounties, I field a growing number of calls from frustrated members every year. I share their passion and concern, but there isn’t a simple regulatory fix to the problem. The answers will, hopefully, be revealed by this important research.” 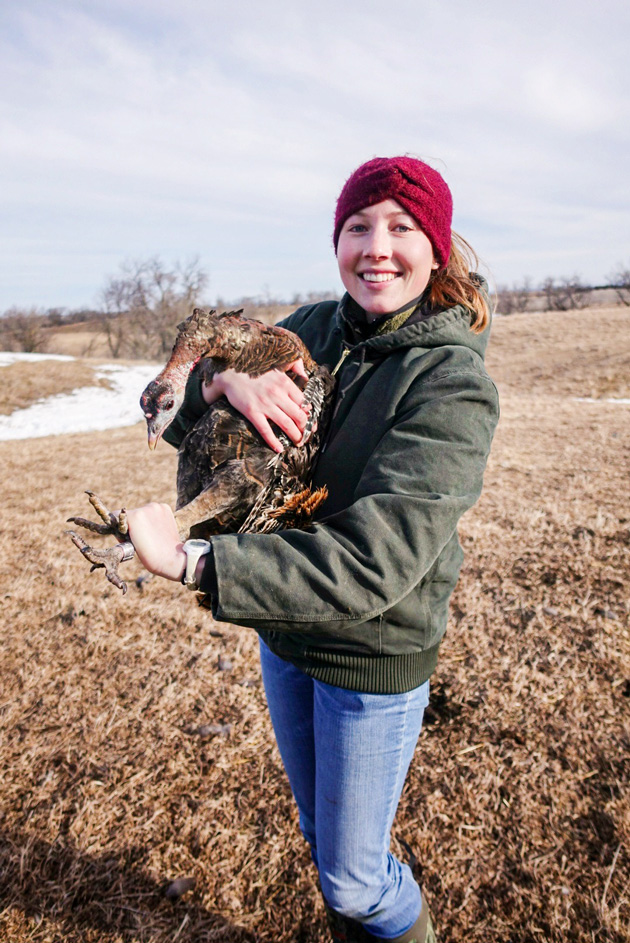 The official field work is expected to begin in January 2021 on mostly private lands in Putnam County, but preliminary work has been occurring since July.

They have constructed an aviary to house heritage breed domestic turkey hens and poults to calibrate and test the GPS and Accelerometer enhanced transmitters and mounting methods that will not inhibit poult growth or interfere with normal activity.

And data collected from the domestic birds will allow them to correlate behavioral data to what they capture when the research moves on to actual wild turkeys.

“We observe and note precisely when a bird is resting, walking, running, feeding, nesting, roosting, etc. and can pull up that time frame in the Accelerometer data and identify the characteristics of the behavior captured by the transmitter,” Tyl said. “That provides a baseline for specific behavioral traits that we can then use to translate the Accelerometer data captured from wild birds into known behaviors.”

This will allow researchers to paint a picture of exactly what the turkeys do throughout the day and throughout the mating, nesting and brooding seasons and how different variables affect those behaviors.

When the research moves to the four-year field phase, it will allow them to answer those questions that could affect poult survival, such as how do changing weather patterns, habitat conditions, large-scale landscape changes, predator distribution and densities and declining insect abundance affect nesting success and poult mortality. They’re also looking at habitat preferences for different behaviors such as nesting and brooding. Is there a nexus where these habitats and time periods overlap with higher predator use, making a predator/turkey interaction more likely? 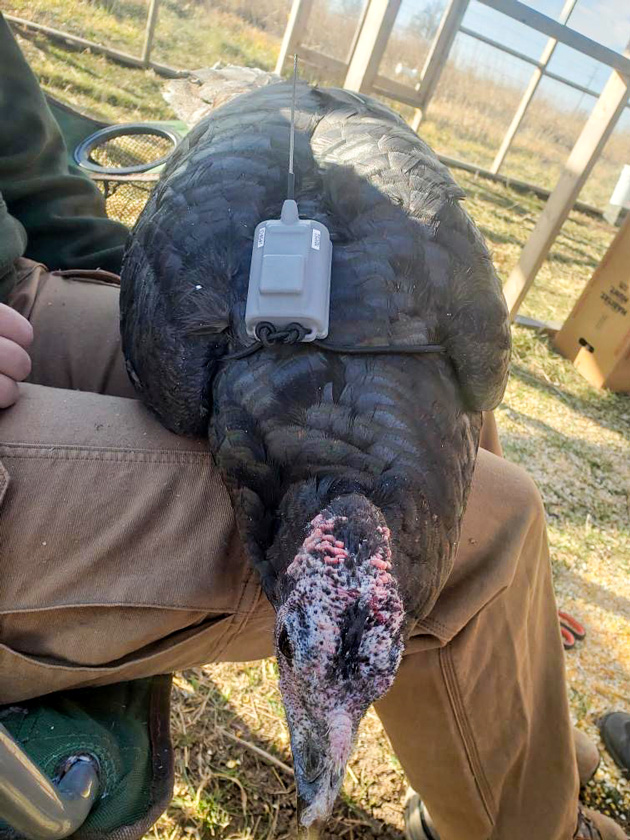 That means the research will require tracking of a variety of predators to assess locations and densities.

“We’ll capture and tag nest predators, such as skunks and raccoons, install an ear tag then release them,” Tyl said. “By trapping over a period of time, we’ll be able estimate their densities based on captures and recaptures. For larger predators, such as bobcats and coyotes, we’ll use camera arrays and scent stations to estimate their population distribution and density.

“Once these questions are answered, we’ll be able to mitigate the challenges by manipulating habitat to improve nest success and poult survival. This information would inform habitat management efforts on public and private lands in Missouri to increase turkey recruitment and ultimately abundance.”

While population trends have been dire for nearly 20 years, good news has come for this year’s poult production.

“Northern Missouri just experienced some of the best production that we’ve seen in the past five years,” Tyl said. “People have reported seeing large flocks of young birds.”

This glimmer of hope is particularly needed in a year blighted by a pandemic, and for those who are passionate about wild turkeys and turkey hunting.

“We hope to have some answers soon,” Burk said. “When we do, we can adjust our management activities and bring the wild turkey and turkey hunting back into their former glory in Missouri. The information that comes from it will likely benefit future turkey management efforts throughout the Midwest and probably even at a national scale.”