Forest management is labor intensive and often costly, representing an investment beyond the reach of many landowners working alone. Consequently, needed work does not happen, leading to increased invasive species and stagnant forests due to overstocking, essentially too many trees per acre, which reduces growth and makes timber stands more susceptible to attack by disease and insects.

To address this need for active forest management, the NWTF partnered with the Illinois Department of Natural Resources to create the Illinois Habitat Incentive Program, or as it is commonly known “HIP.”

Jason Lupardus, former NWTF director of Midwest Conservation Operations and current director of Development (Central-East), developed the HIP concept and created the grant proposal in 2019. The goal of HIP is to provide cost-share resources to private landowners to help them fulfill their forest management goals, an aim aligning closely with IDNR’s management goals and objectives. The Forest and Woodland Campaign of IDNR’s Wildlife Action Plan aligns well with the NWTF’s Save the Habitat. Save the Hunt. goals.

The NWTF Super Fund is an account financed by local chapter fundraising banquets. Event revenues go into a state-specific account that makes the money available for approved projects. An 18-member volunteer board meets annually to approve a budget based on the account’s available funds and to rank and approve project proposals. Often, project proposals received by the Illinois State NWTF Chapter come from partner agencies and organizations. The NWTF funds are often matched at a 10:1 or better ratio, making conservation projects more effective.

A portion of the HIP funding provided staff support for three NWTF foresters who deliver technical assistance to private landowners throughout Illinois. The foresters, stationed in geographically significant management areas, include Cody Widner in the Driftless Area of northwest Illinois; Stacy Lindemann in the Illinois and Kaskaskia River Basins of central Illinois; and Chase Seals in the Shawnee Hills of southern Illinois. 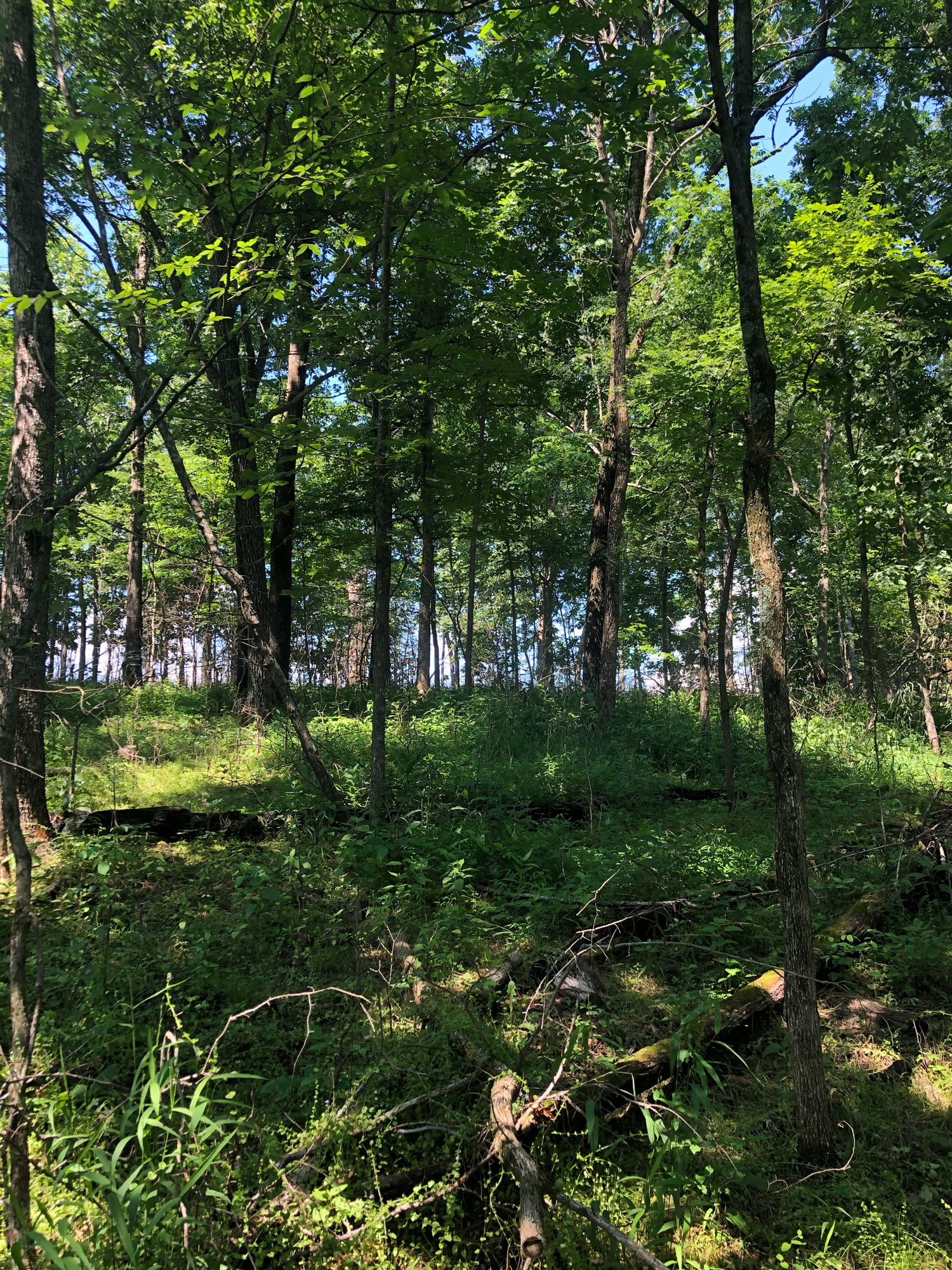 Once a landowner contacts an NWTF forester, a meeting is set up to determine the property location, examine any previous forest management plan and discuss objectives. The forester then uses a computer program to draw in the property and create a GIS referenced map.

The next step involves an on-site property inspection to validate the timber stand conditions laid out in the old plan. A reassessment is often necessary to address invasive species levels. After this inspection, the property is scored and ranked based on a set of criteria that includes whether it is located in an NWTF focal landscape or IDNR area and has a completed forest management plan. Landowner willingness to actively manage the property is also gauged. Properties scoring the most points are accepted.

Once a landowner is accepted, the foresters create an agreement packet that outlines the designated work, treatment maps and other plans. After the landowners sign off on the project, they can begin the work themselves or contract it out. The foresters offer a list of DNR-approved contractors if landowners opt for that route. If landowners do the work themselves, help is provided in identifying invasive species and native tree species for timber stand improvements.

Throughout the project, USDA Natural Resources Conservation Service job specifications are used to grade the work. A final inspection ensures the finished project passes all criteria. The NWTF forester then submits the paperwork to pay the landowner the set cost share listed in the agreement.

Will Gillespie who took part in the NWTF HIP program recounted the process: “Our family purchased 120 acres of steep, rugged woods in southern Illinois in 2018. After meeting with our local Illinois district forester, she said we would be a good candidate for the HIP program. She put us in touch with Chase Seals, the NWTF forester for our part of the state. Once we were approved for the process, he worked with us to put a plan together for habitat improvements on our property.”

Gillespie said controlled burns were employed to open up the forest floor and eliminate invasive plants.

“We learned how to create fire lines and safely do the burns under controlled conditions,” Gillespie said. “Post-fire, we’ve seen substantial growth of native grasses and plants that we hope will provide good nesting habitat for turkeys. The funds and support provided by the NWTF, along with the addition of our own money, made this project possible.”

The Habitat Incentive Program has helped 56 landowners manage forests on their properties and impacted 2,072 acres statewide.

Noting many folks are concerned about declining turkey populations, Seals said he hopes to expand the effort, calling the kind of work enabled by programs like HIP the “most effective medicine.”