Across the country, NWTF members are faced with invasive plants negatively impacting wildlife habitat. From West to East, the organization’s biologists have identified some of the most significant offenders – and how to control them as much as possible.

Patt Dorsey, NWTF director of conservation operations in the West, surveyed her regional biologists and they proclaimed that cheatgrass, Russian olive, and tamarisk rank as the three worst invasive species, with Medusa head and yellow starthistle being a problem west of the Sierras and Cascades in California and Oregon.

District biologist Chuck Carpenter added the major threat is habitat conversion due to cheatgrass outcompeting native species because of increased wildfire frequency. Though this invasive provides early forage, it doesn’t remain green long enough to provide nutrition during summer and fall. It also does not provide good cover or nesting habitat.

Regarding control, Carpenter says that cheatgrass continues to bewilder land managers by its resiliency. Herbicide treatment paired with mechanical removal works best, but unless a robust native community exists that can compete with cheatgrass, land managers may have to begin anew in three to five years. The best option is to maintain a healthy, robust, native plant community that is resistant to cheatgrass invasion and to minimize any disturbance that allows cheatgrass to thrive.

Russian olive and tamarisk can create a monoculture, offering little diversity in structure, food and cover type. “Efforts to control unwanted concentrations of Russian olive have included mowing seedlings, cutting, burning, spraying, girdling and bulldozing,” Carpenter said. “Most effective is a combination of repeated control efforts, cutting trees, then spraying or burning the stumps. For tamarisk, bio-control with beetles (genus Diorhabda) has had some success.”

Central Region
In the Central region, Director of Conservation Operations Jared McJunkin said that Russian olive and tamarisk are also issues in the western part of the NWTF’s Central Region and were noted by staff as causing significant issues for riparian, or streamside, corridors. 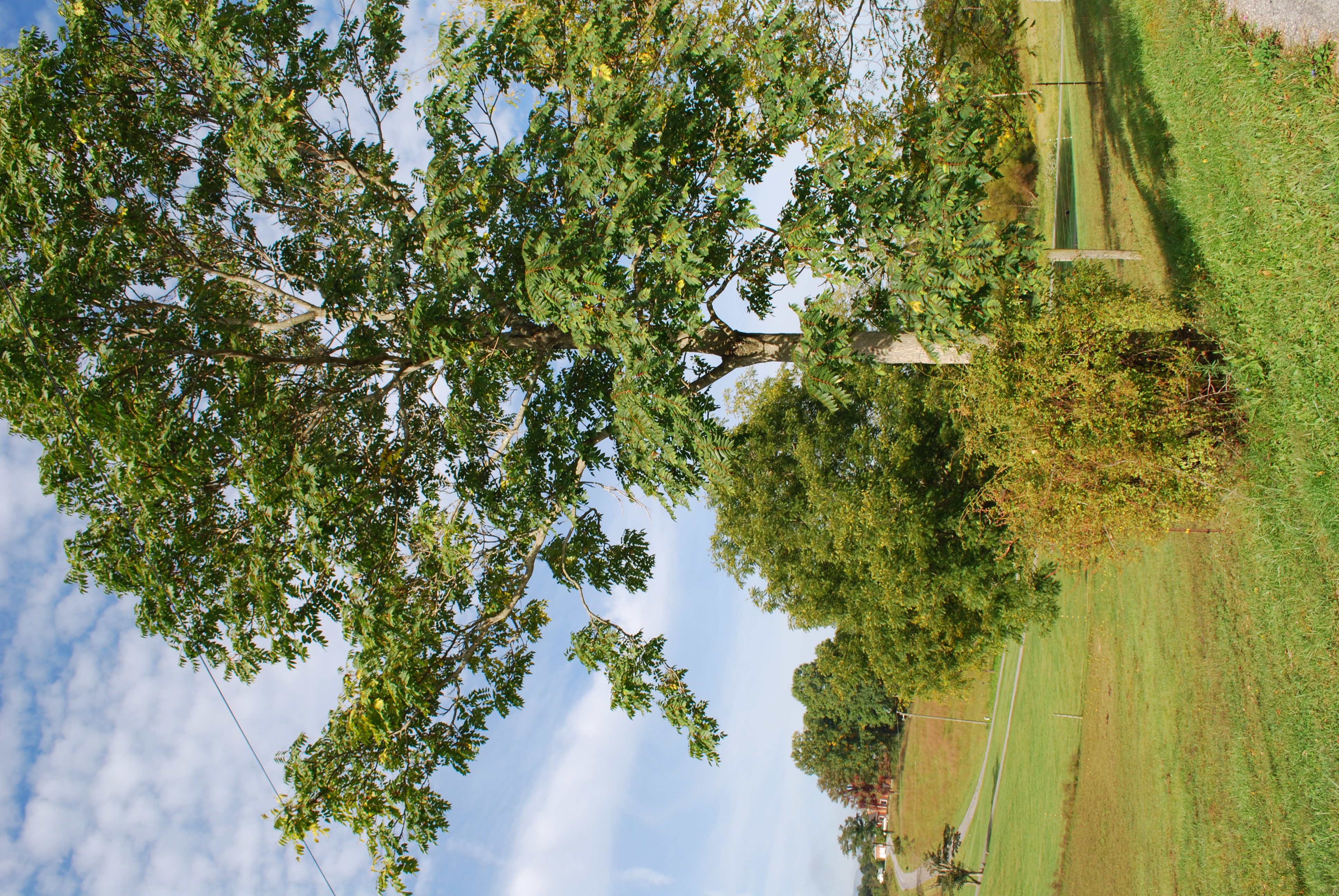 (Ailanthus with multiflora rose growing under it – a nightmare scenario for sure.) 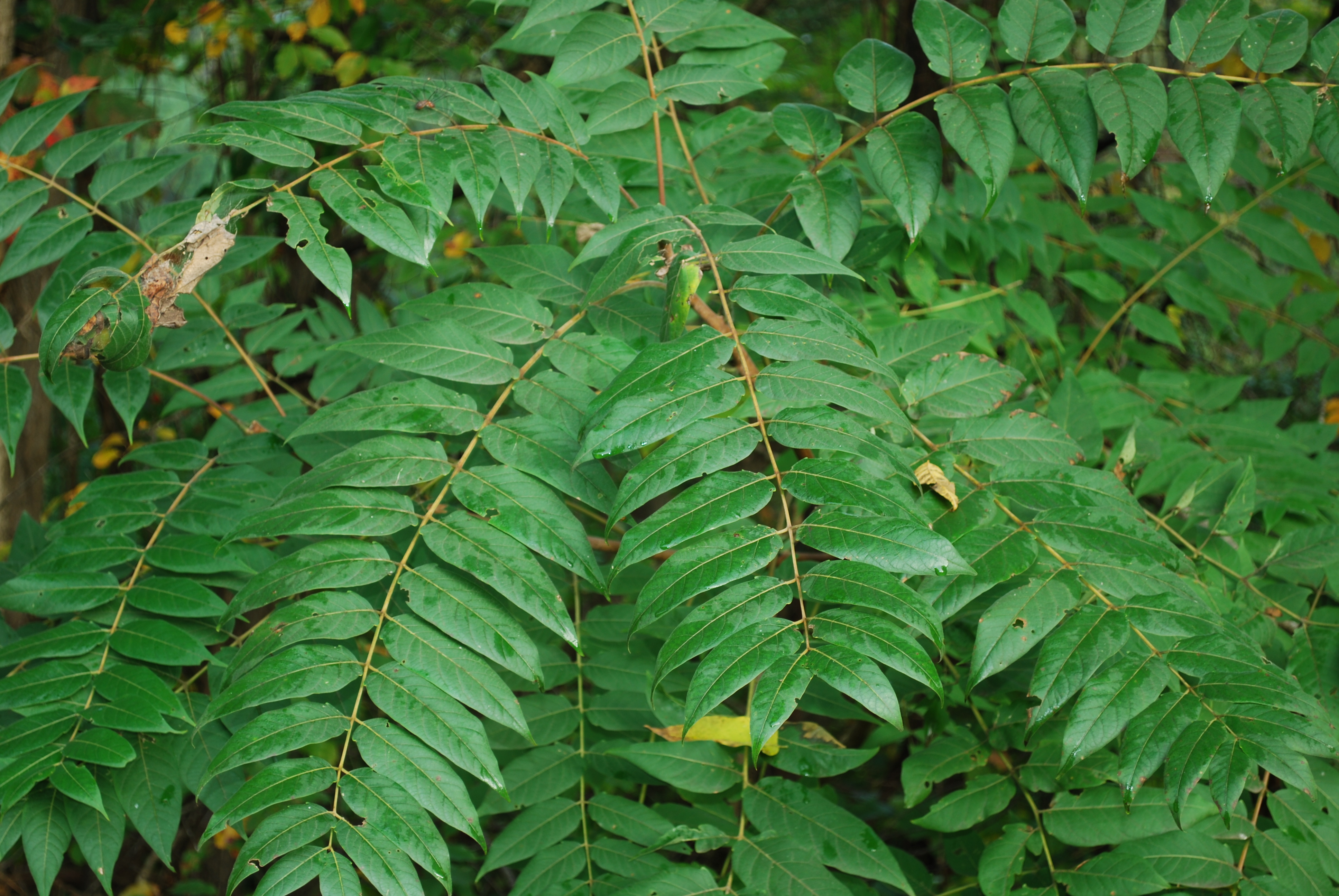 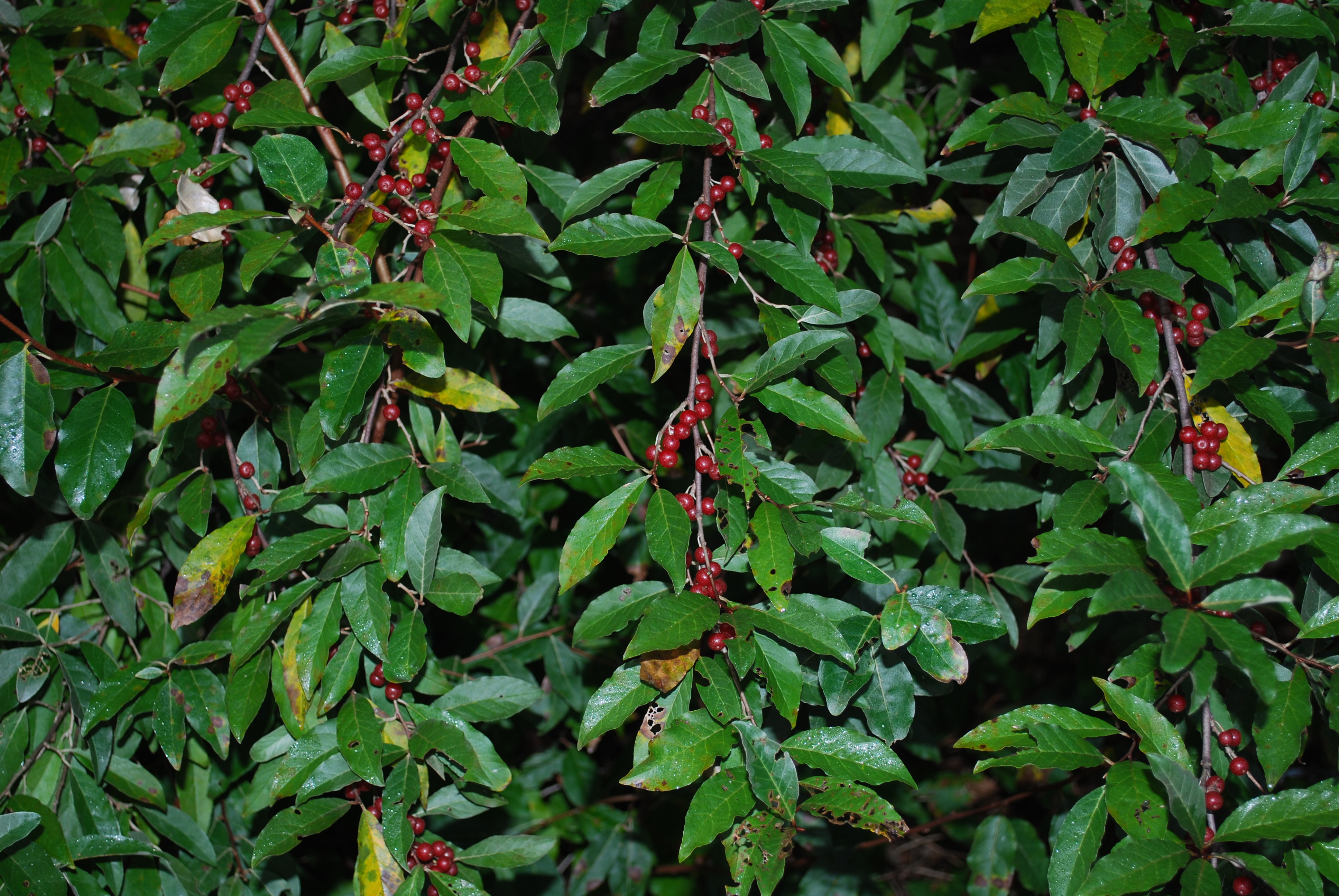 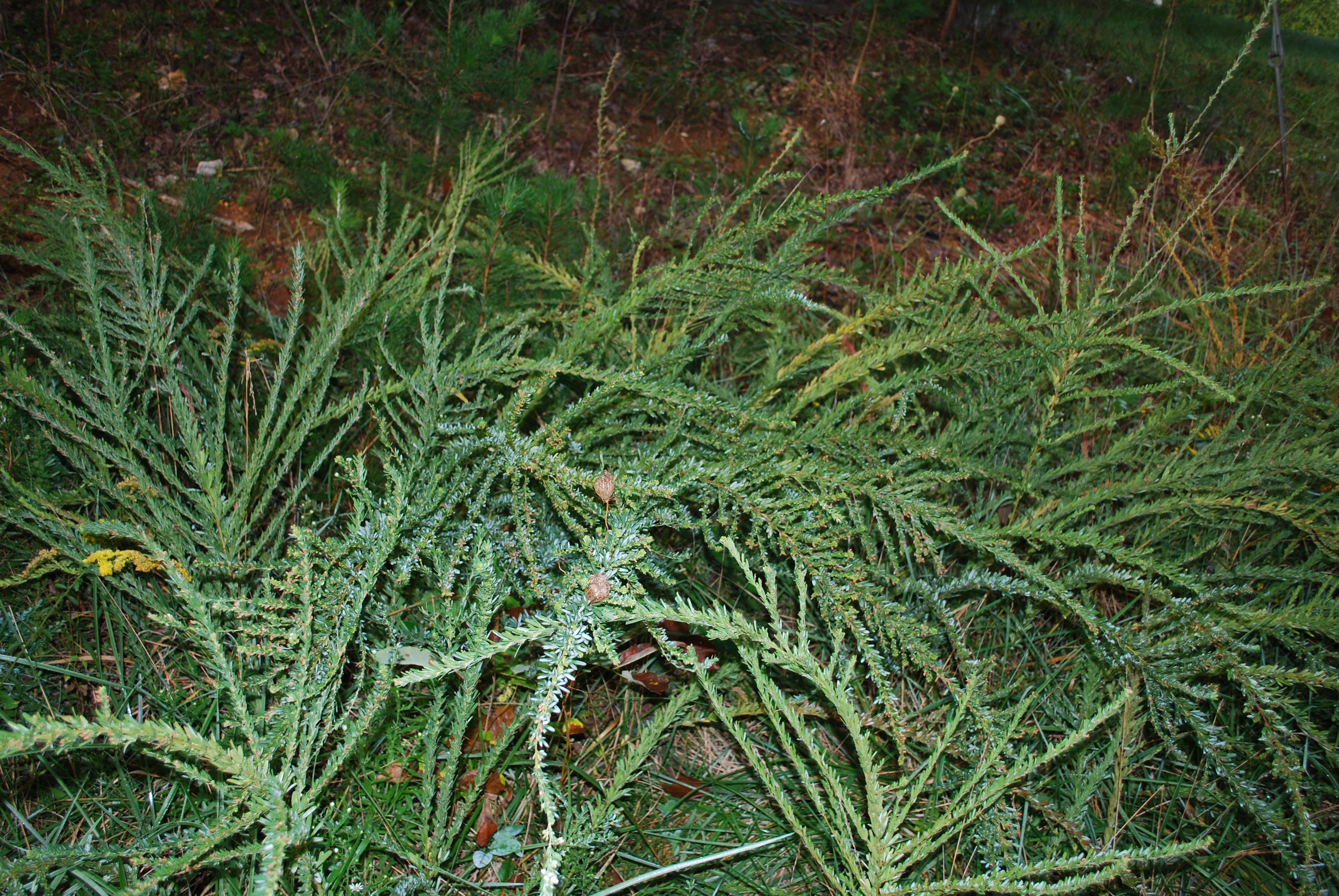 (Very few plants can compete with the dense growth that Sericea lespedeza creates.) 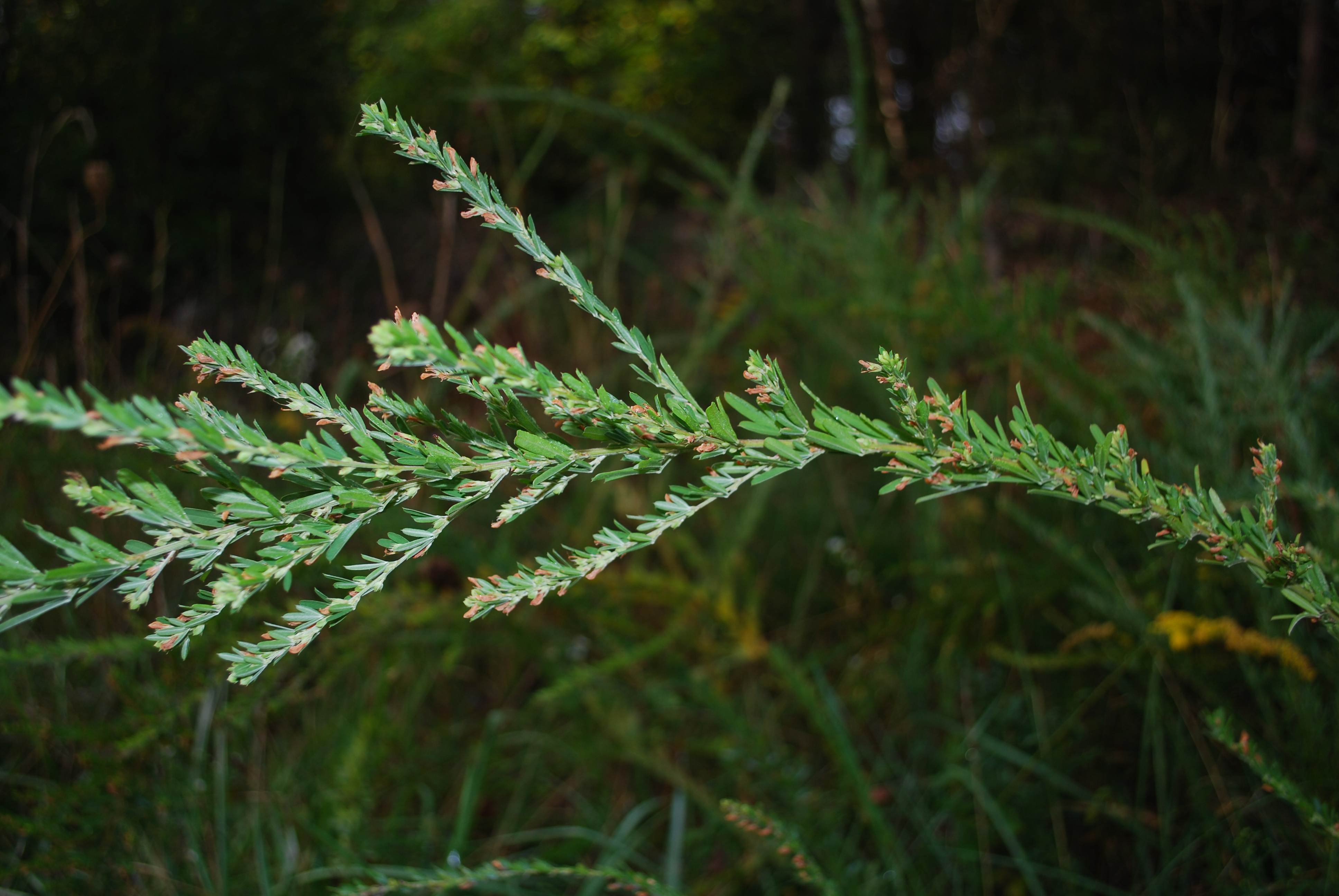 (Better treat Sericea lespedeza immediately when it produces seeds like these.) 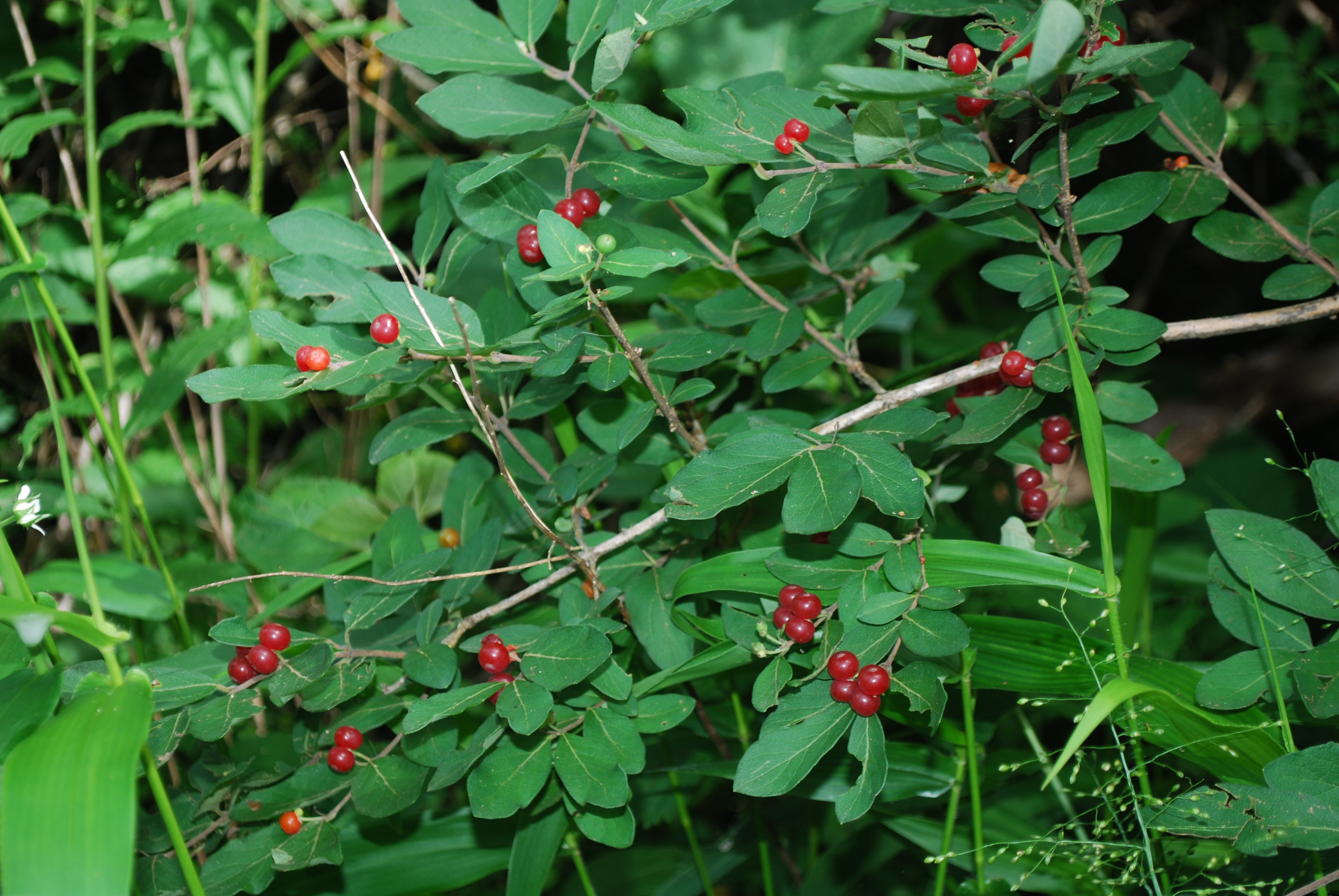 (Bush honeysuckle is listed as a major threat in the Central region but also a problem in the East.) 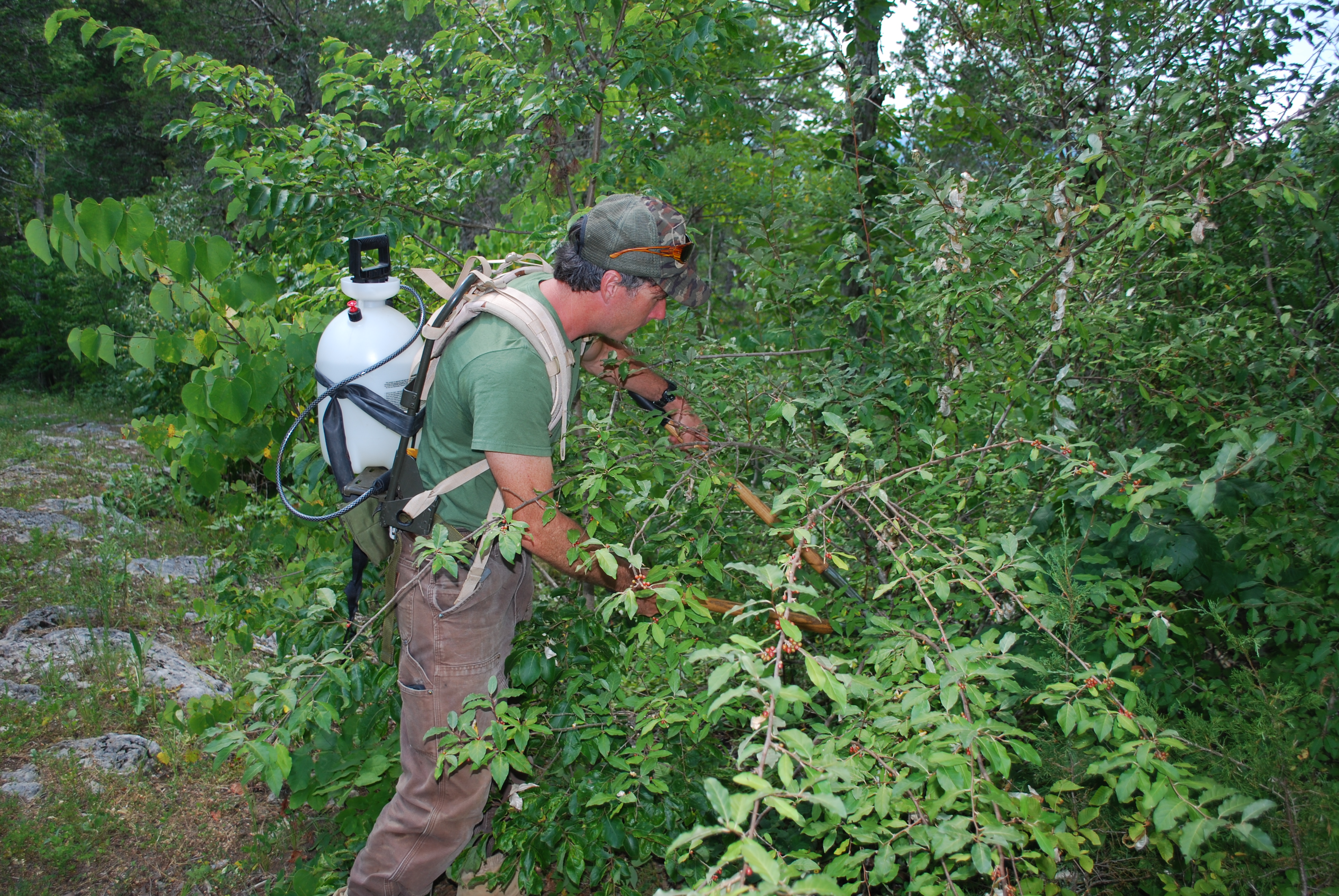 (The cut-and-spray approach is a viable method of control for many invasive flora.) 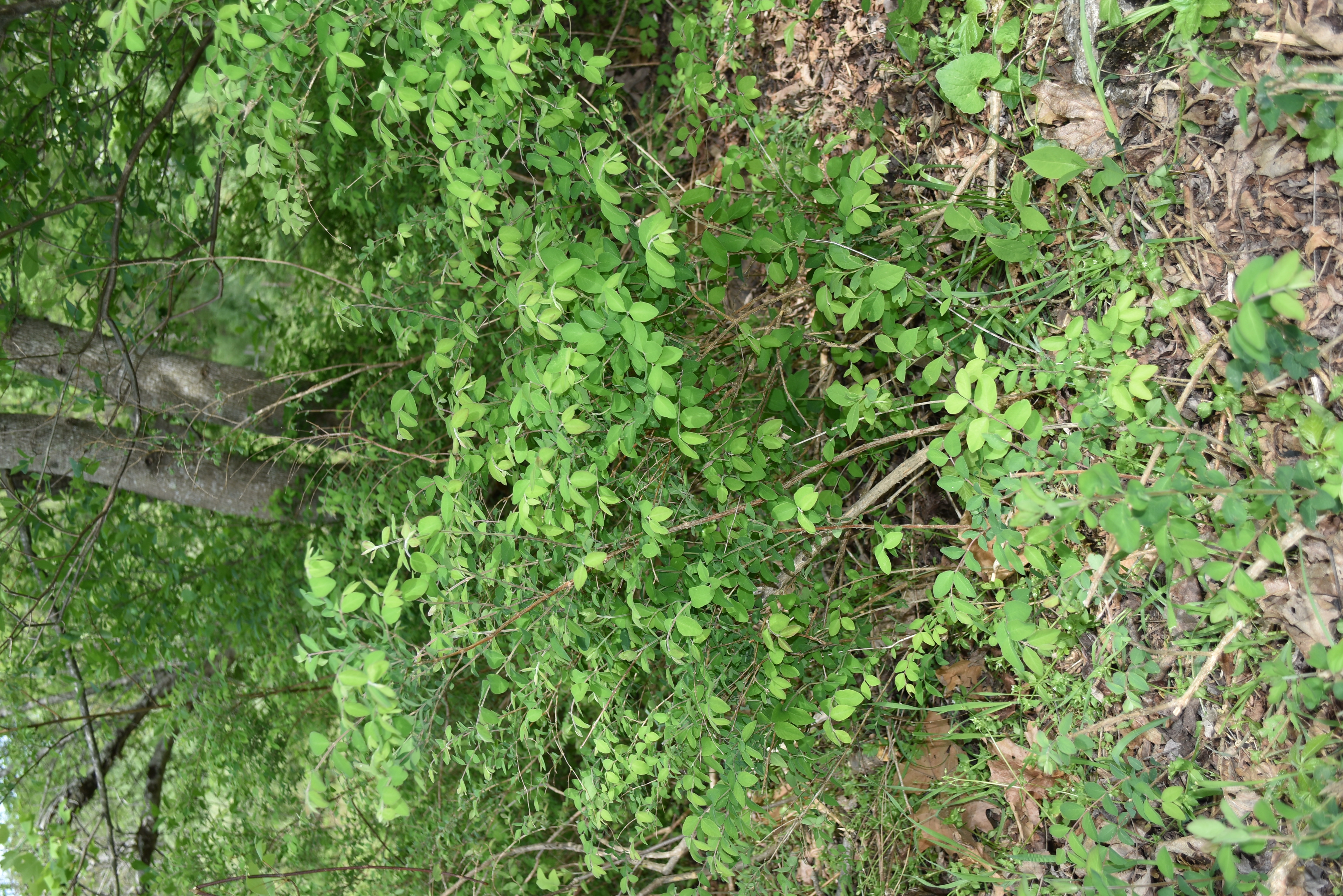 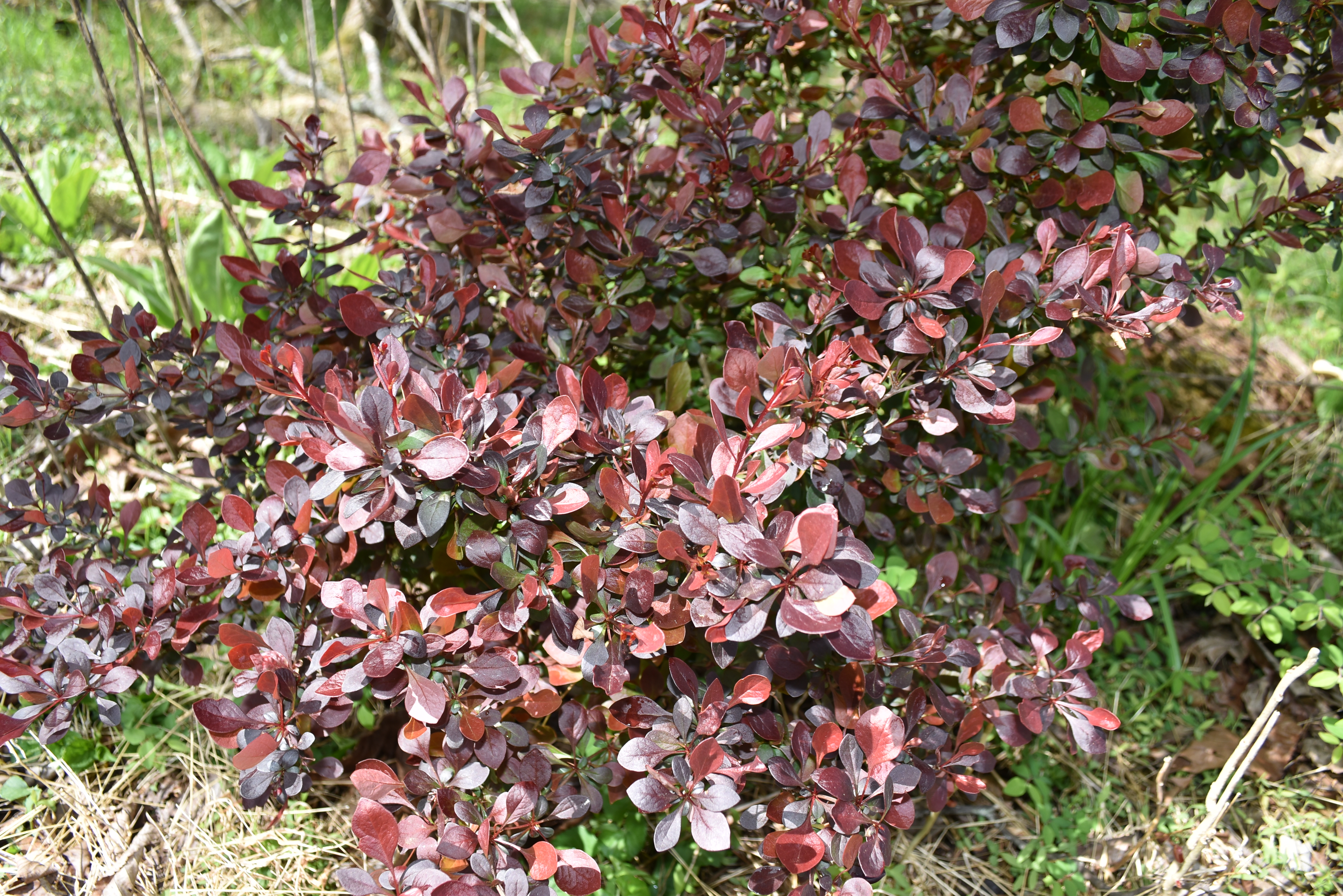 (Japanese barberry has little benefit to wildlife and crowds out native plants.) 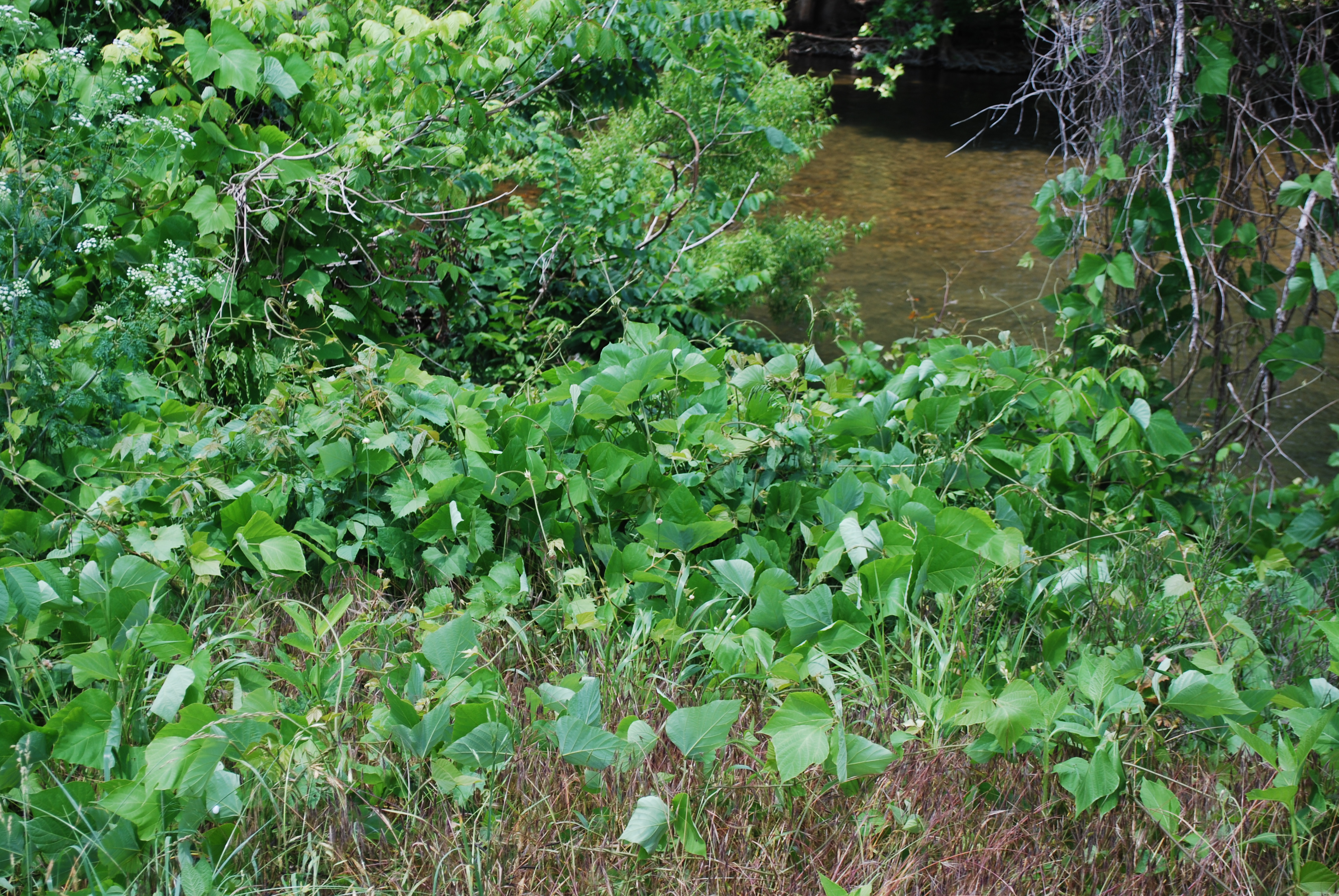 (Once established, kudzu will quickly overwhelm native vegetation, as it is along this streambank.) 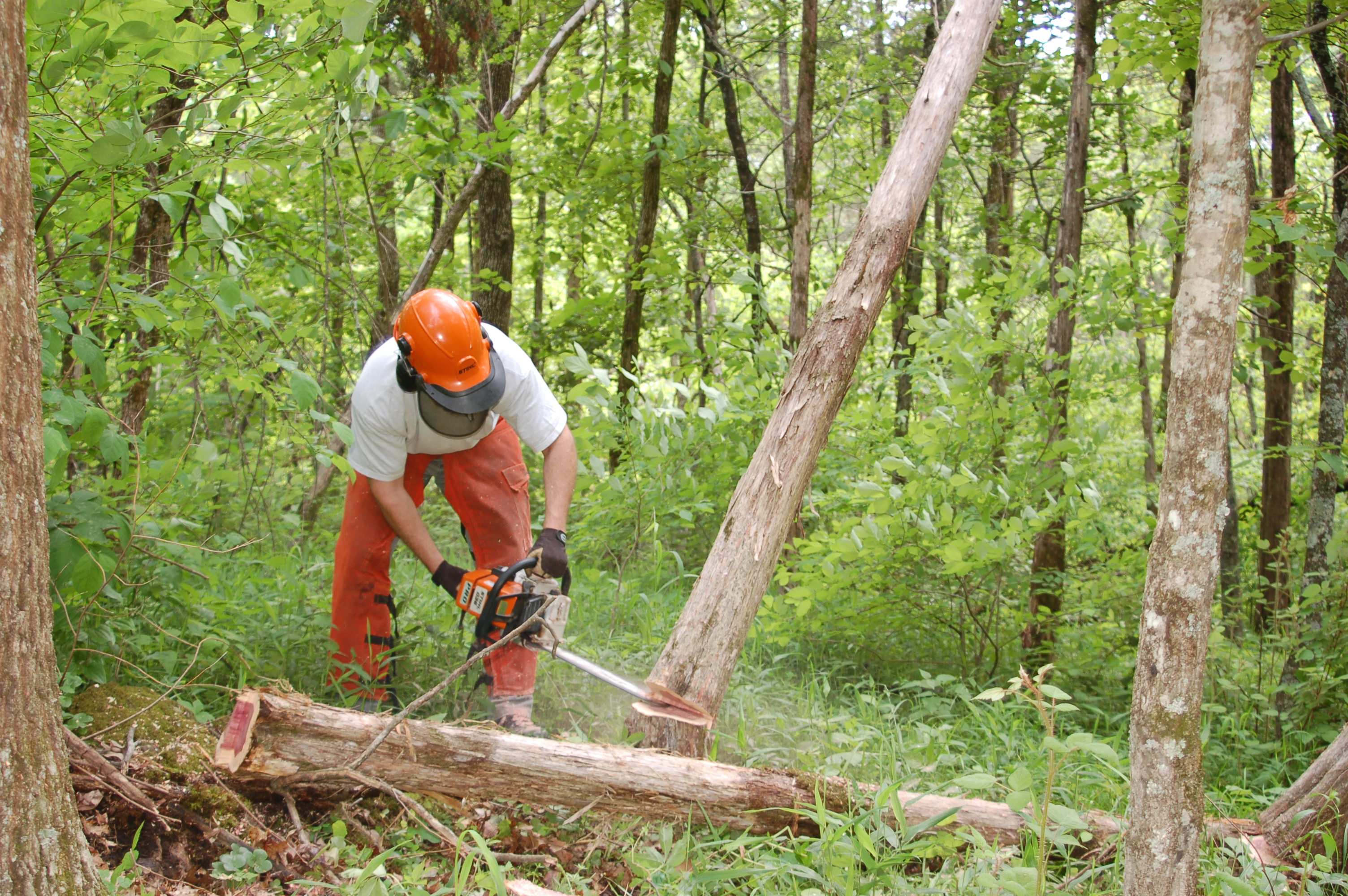 (Eastern red cedar is not native in the Great Open Spaces region and has been targeted for removal.) 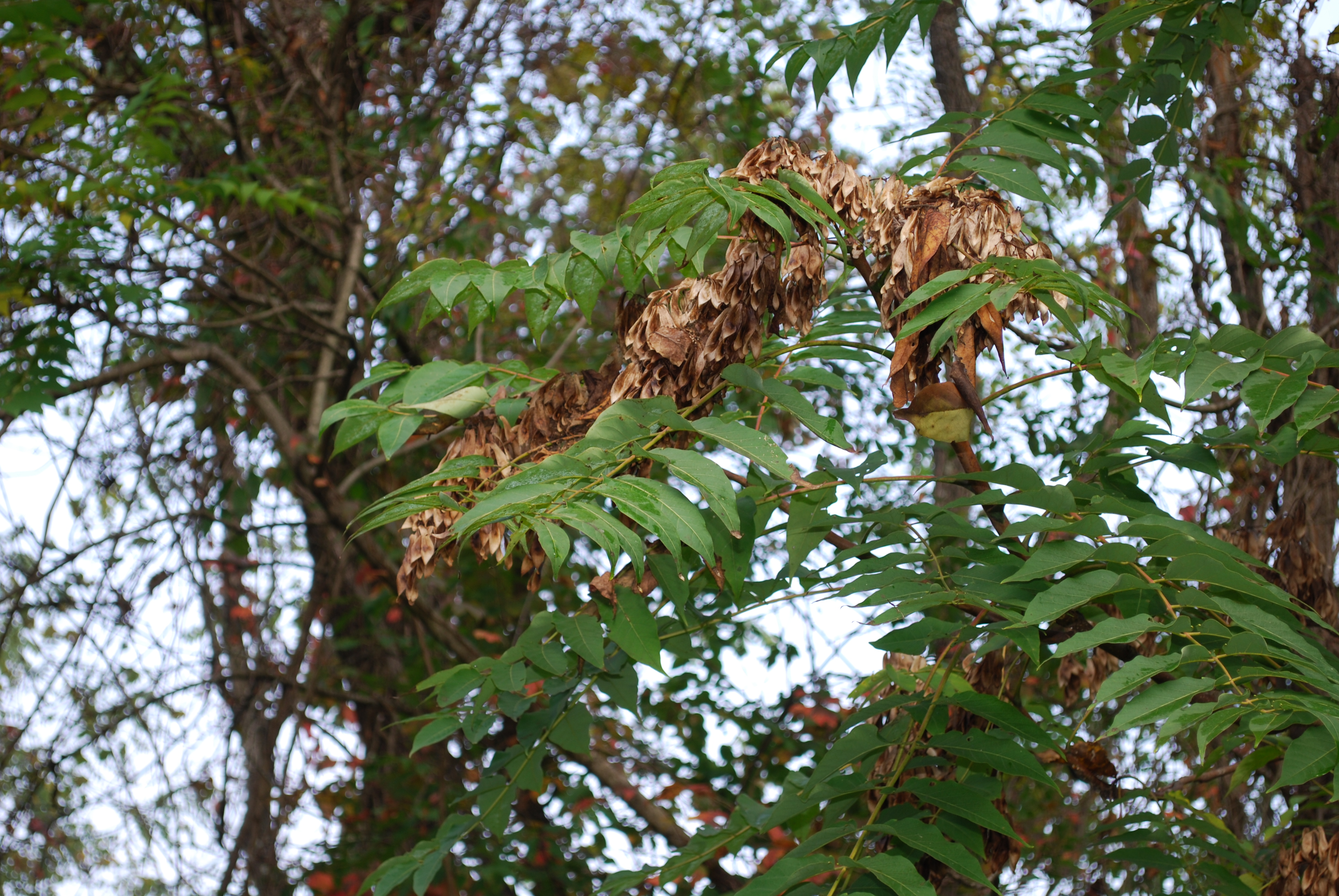 “If untreated, buckthorn will become so dense that it takes over native habitat and greatly reduces the ability for wildlife to use it,” he said. “It shades out native species and over time eliminates the natural regeneration of trees and shrubs wildlife depend on. Buckthorn grows so thick that it does not provide any roosting opportunities for birds like turkey or grouse. It’s often controlled by cutting the stem and then treating the stump with herbicide.”

So, retrieve your work gloves and fill up your sprayers … there’s much to do across our country.