Through the Longleaf Pine Initiative, the NWTF and partners are working to bring back the native habitat in which wild turkeys thrive.

Wild turkeys likely don’t care about pine tree taxonomy, but they’re certainly not birdbrains when it comes to recognizing how healthy pine forests are essential to their long-term sustainability.

This is especially true in the Southeastern U.S., where longleaf pine once graced the landscape. Once encompassing nearly 90 million acres from southern Virginia to east Texas, longleaf pine forests support nearly 600 plant and animal species, including 29 threatened and endangered species. Due to industrial timber species conversion, only about 3% of the longleaf pine ecosystem remains. Due to generational fire suppression, much that remains is in poor condition.

To maintain, improve and increase the remnant, the USDA’s Natural Resources Conservation Service established the Longleaf Pine Initiative in 2010 to facilitate private and public conservation partnerships.

From 2010-14, the NRCS helped restore more than 260,000 acres of privately owned longleaf pine habitat. The amount of healthy longleaf forests has grown from 3 million acres to more than 4 million acres, reversing a century-long decline across the region. 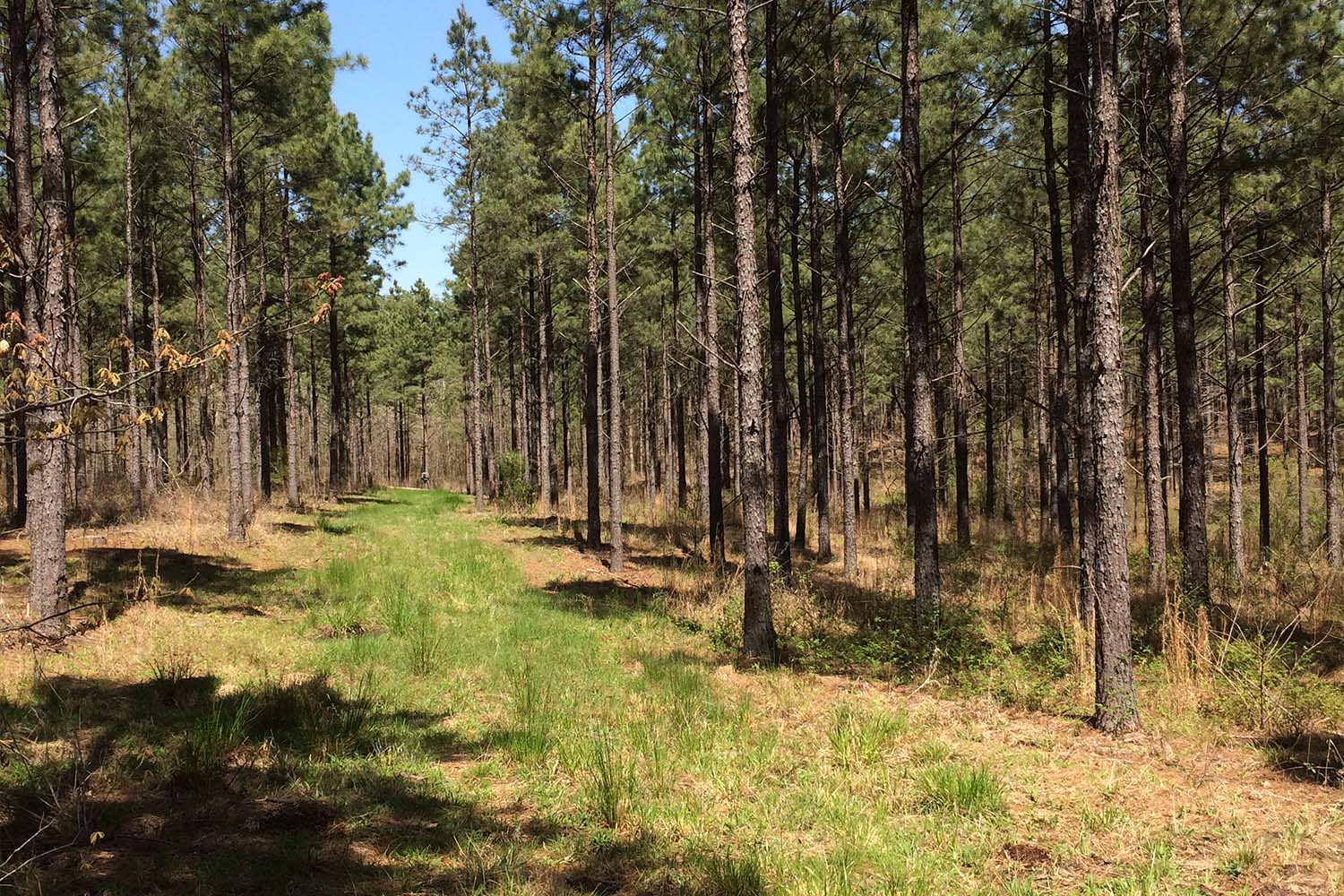 The Longleaf Pine Initiative is also an important element in America’s Piney Woods, one of the National Wild Turkey Federation’s Big Six of Wildlife Conservation. The NWTF is a dedicated partner in the Longleaf Pine Initiative, advocating wild turkey management and representing turkey hunters’ interests within the context of the initiative’s overall conservation goals.

Florida is a key state in the initiative because multiple public and private entities with diverse management goals own the longleaf pine forests.

Ricky Lackey, the NWTF Florida biologist, said the NWTF, NRCS, the Longleaf Alliance and The Nature Conservancy fund teams that conduct prescribed burning on state and federal lands. It is not coincidental, Lackey said, that these areas support healthy turkey populations.

“It’s incredibly important,” Lackey said. “A well-managed longleaf pine ecosystem is as good as it gets for wild turkeys. Without good, consistent fire, you don’t have the understory and ground story structure that’s important for poults and nesting cover. Without consistent burning, they can become much too overgrown and woody for birds to use properly.”

Lackey said wild turkeys and bobwhite quail are within a small category of birds that depend on fire to provide structure they need to facilitate their life cycle.

“Any burned area can be utilized by a hen and her brood,” Lackey said. “They need a good, open forest floor where they can move and forage. Green (understory) growth promotes insect abundance, so the combination makes for great brood-rearing habitat.”

Jeremy Wood, turkey program coordinator for the Arkansas Game and Fish Commission, completed much of his undergraduate and graduate work in longleaf habitat in south Georgia and Florida. The pine species that define a forest aren’t important to turkeys, Wood said, but when it comes to longleaf pine, management practices that stimulate a healthy forest are vitally important.

“It’s more the conditions those woods are in,” Wood said. “From a brood-rearing standpoint, the birds need an open condition that produces forbs and grasses. The actual community species composition isn’t necessarily as important as conditions, and fire maintains those conditions.”

Burning usually produces optimal results when conducted in blocks of 100 acres or fewer. Florida has the largest amount of forest acreage managed with prescribed fire, with about 2 million acres of permits annually, Lackey said. Between 1.4 million and 1.5 million acres are burned annually in Georgia.

Burning that much acreage requires some compromises because of staffing and funding limitations, but where it is performed in appropriate blocks, it benefits wildlife, Lackey said.
Connecting Land and People

From a human dimension standpoint, establishing and nurturing partnerships to conserve longleaf pine habitat is as important as prescribed burning is to the ecological component.
Mike Mitchener, the NWTF’s National Forestry Initiative coordinator, supervises 25 foresters in 24 states, from the Pacific Northwest to the Great Lakes to the Gulf Coast. Two foresters are in North Carolina. There’s one each in South Carolina, Florida, Mississippi and Texas. The NWTF foresters fill important gaps because the NRCS doesn’t have the funds to staff those positions internally. It’s a prime example of a constructive, mission-driven, public-private partnership.

“Basically, we put foresters in NRCS field offices across the country,” Mitchener said. “For all practical purposes, they look just like NRCS employees. They’re delivering farm bill forestry programs through the Environmental Quality Incentives Program and the Conservation Reserve Program. They advise on CRP practices that are forestry related. They develop and apply the management plan practices for landowners and help them through the process to get contracts and cost share (funds) to implement those practices.”

A major objective, Mitchener said, is to connect large and small blocks of longleaf pine habitat. Connected blocks are more ecologically robust than isolated islands. That requires recruiting new landowners into the program.

“You can have lots of little pieces of good habitat, but you must have connectivity and juxtaposition of other kinds of habitat, too,” Mitchener said.

Turkey hunters also influence the success of the Longleaf Pine Initiative. Dal Dyches, a home builder from Chapin, South Carolina, serves on the NWTF National Board of Directors. He said the presence of longleaf pine habitat symbolizes proper management.

“I have some dear friends that have gotten into the Longleaf Pine Initiative,” Dyches said. “Managing the longleaf, as far as keeping things burned, just serves the perspective of longleaf as a natural turkey habitat. I do believe that it’s a big help to turkeys.”

Landowners replaced much of South Carolina’s longleaf pines with loblolly pine, which is better suited for commercial purposes. Dyches said he’s thrilled to see many landowners reverting to longleaf.

“It kind of got lost, but it’s coming back,” Dyches said. “Most of the longleaf I’m involved with is in the lower half of the state, and I don’t think it’s an accident that turkeys never really declined a lot there. They’ve always been very strong down that way.”

Superficially, one pine tree is as good as another to a wild turkey, but progressive land managers understand that turkeys benefit in their native environments, which is why the Longleaf Pine Initiative is important to turkey hunters and the resource.