Looking through a lens of wildlife conservation

Earl Duckett doesn’t keep much to himself. When he finds something he likes, he wants to share it with the world. In a roundabout way, that’s how he picked up nature photography and became an NWTF volunteer, mentor and more.

The 72-year-old from Osceola, Wisconsin, became an NWTF member 27 years ago so he could win guns and gear at a banquet but soon learned there was so much more to the conservation organization. He discovered the comradery and the experience of the hunt, the connection to land and nature and how the NWTF conservation mission links all of it. It was then, he wanted to share what he saw, and nature photography became that passageway.

Sitting under a rising sun one spring morning as a quintet of gobblers marched toward him, Duckett couldn’t get a shot with his gun because the birds were so close together. But, he could get a different kind of shot, one that many would see for the first time.

“Those five gobblers came in and lined up perfectly, almost in lockstep,” Duckett said. “I couldn’t describe what I’d seen, but I thought, ‘People don’t understand what they’re missing.’”

Duckett, who has since started two art galleries and is involved in other art organizations, wrote in a 2018 Arts in Hand newsletter, “I grew up hunting and fishing and spent a lot of my time in the woods just being immersed in nature. I originally saw photography as a way to capture the beauty that was commonplace in those wild places. Photography provided me with the tools to share my experiences with family and friends.” 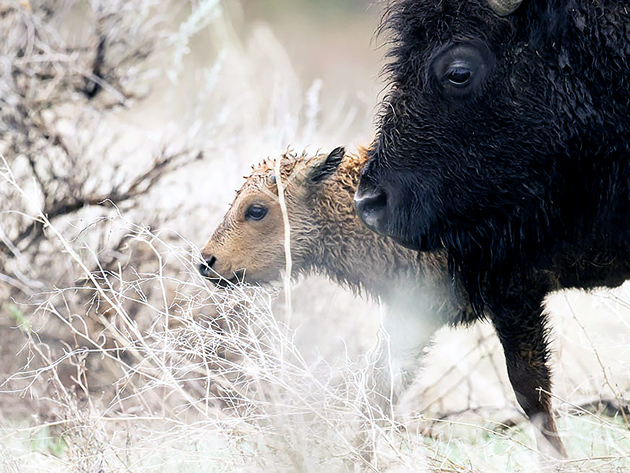 Duckett also continued to become more involved with the NWTF, first as a call collector and volunteer at callmaking events. He went on to run the Midwest Call Competition for nearly 20 years and still is involved in helping judge or organize the Grand National Callmaking Competition at the NWTF’s annual Convention and Sport Show. He’s currently the treasurer on the NWTF Wisconsin State Chapter board and a former Roger M. Latham Sportsman Wild Turkey Service Award winner, an NWTF honor given to members who are not professional wildlife managers but have made significant contributions to wild turkey conservation.

After retiring from a career in accounting and overseeing manufacturing companies, Duckett said his two loves today are art and conservation. He’s a Heritage Life Sponsor and life member of the NWTF, donating to an organization that seeks to find ways to improve wildlife habitat for wild turkeys and other game and nongame animals.

“I’ve always had that interest in preserving wild spaces and habitat,” he said. “Those are critical things I invest in every year through the NWTF. I tell people, now that I’m retired, I work in arts and conservation. That’s what drives me.”

Duckett also found another way to imprint his passion for the outdoors on others interested in fully experiencing wild turkey hunting and the outdoors. He became a mentor at learn-to-hunt events and later ran classes to introduce new or lapsed hunters to hunting and how it plays a role in the conservation cycle.

“If your hunter is successful, it’s probably 10 times better than being successful yourself,” he said. “It’s an amazing feeling.”

Duckett still hunts in the spring and holds nature photography seminars, although he doesn’t pursue new images as much — “The equipment is heavy, and I’m old now,” he joked. Since becoming an NWTF member nearly 30 years ago, he’s introduced countless numbers of the uninitiated to the outdoors, hunting and conservation through his pictures and his passion for wild turkey hunting and conservation.