All for the Oak: Makeover of the Michindoh

Restoring oak savannas throughout the Michindoh region, as well as improving adjacent oak forests and grasslands, is at the heart of an effort spanning multiple government and nonprofit agencies, including the NWTF.

The focal landscape, as defined by the NWTF is located along the borders of southern Michigan, northern Indiana and northwest Ohio. It is characterized by a mix of agricultural land and stands of mixed hardwoods, divided by lakes, streams and wetlands. Steadily diminishing from this mix are oak savannas, historically common but now limited mostly to intensely managed tracts.

Oak savannas are beneficial when it comes to sustaining healthy populations of wild turkey. These transitional habitats between tallgrass prairies and oak forests were once one of the most prevalent ecosystems in the Midwest. Today, though, less than 1% of oak savannas remains. 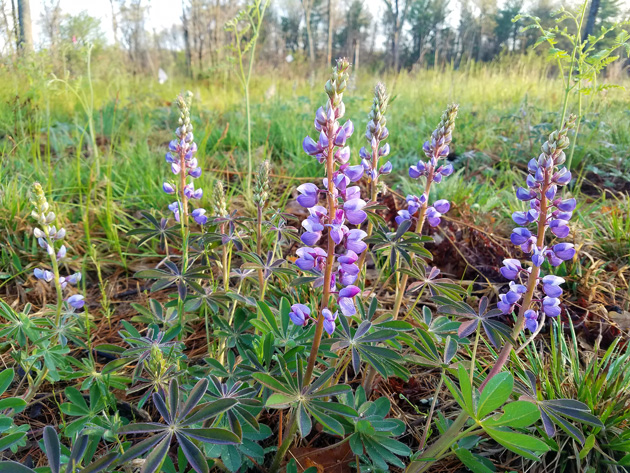 The Michindoh area of focus includes Michigan’s original Eastern wild turkey range. Extirpated by 1900 mainly due to habitat loss and unregulated hunting, wild turkeys were absent from this region until reintroduction efforts began in the mid-1950s. Populations really began increasing after the founding of the state’s first NWTF chapter in the early 1980s.

Successful trap-and-transfer efforts initially focused in southwest Michigan on the Allegan State Game Area. As reintroduction efforts increased to other sites around the state, the turkey population became more widespread as the birds began naturally expanding their flock.

Much of Michindoh’s wildlife habitat and species diversity can be credited to strong conservation efforts by private, state and federal entities.

Through a collaboration between the institute and the NWTF, mentored turkey hunting events focus on promoting and supporting hunting heritage.

“It’s unique because we are a nature preserve and, historically, there was minimal hunter involvement,” said Corey Lucas, PCCI stewardship manager. “I have a hunting background, so I reached out to the NWTF to see if we could open opportunities to assist with their goals. Eventually, NWTF’s R3 Coordinator Steve Sharp and I worked to establish mentored turkey hunts. Now we have a great system in place.”

During the first mentored hunt, Lucas met NWTF District Biologist Ryan Boyer. The two realized they were doing the same type of habitat projects. This led to another partnership between the NWTF and PCCI, this one centered on completing oak regeneration work on institute property while educating people in the process.

“I always say these partnerships lead to bigger and better things,” Lucas said. “They may look like you’re just trying to bring people out to hunt, but the reality in our case is the partnership is now improving more than 100 acres of habitat on institute property and, ultimately, beyond. We take new hunters and educate them on hunting ethics and turkey biology, but also give them a look at the hands-on habitat work these organizations are doing.”

Added Boyer, “It’s kind of a unique project from the standpoint that there are so many different facets tied to our specific mission. We have worked with them to open additional acres of access for mentored hunting, and it has been an extremely successful partnership.”

The institute conducts biological research and fieldwork on the property, often cooperating with multiple universities and the Michigan Department of Natural Resources.

According to Boyer, the institute has the resources to conduct research by creating scientific experiments to gauge the effectiveness of certain habitat management techniques on the property. 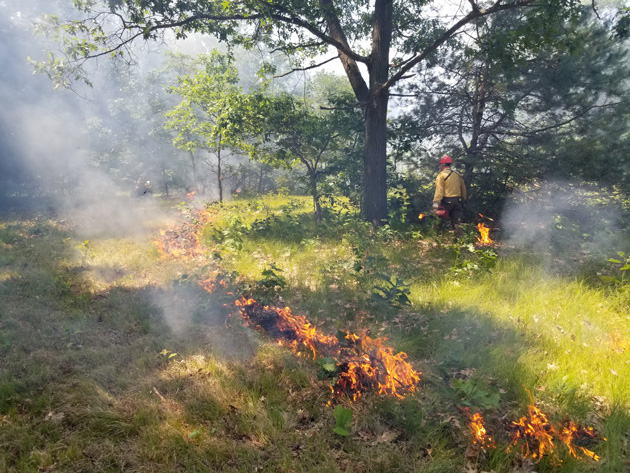 “The work helped set back invasive species such as bush honeysuckle and autumn olive, all with the goal of restoring oak savanna and improving overall oak forest health,” Boyer said.

NWTF cooperative efforts at PCCI include testing and assessing different management techniques. Oak forest managers can draw upon considerable science and proven practices. The work on the PCCI property delves even deeper into management considerations, such as figuring out the specific timing and conditions that yield best results from prescribed fires and mechanical and chemical treatments.

As Boyer noted, “We’re always getting better, always learning. As much as we know about these systems, there are always caveats and site-specific characteristics that can alter the behavior and response of certain plant species, and, consequently, the response of different wildlife species that use these habitats.”

The state wildlife habitat grant [SD1] has funded some $191,000 of the total project costs, which are estimated at more than $323,000. Ultimately, according to Boyer, the goal is to restore more than 671 acres in the six-county area specific to the grant.

“We’ve tried to identify and prioritize areas where the greatest need exists and potentially have the greatest impact on wild turkey populations,” Boyer said. “The federation is conducting the project work on USDA Forest Service land as well as private land in cooperation with the U.S. Fish and Wildlife Service Partners for Fish and Wildlife Program, Michigan Nature Association and the Land Conservancy of West Michigan.” 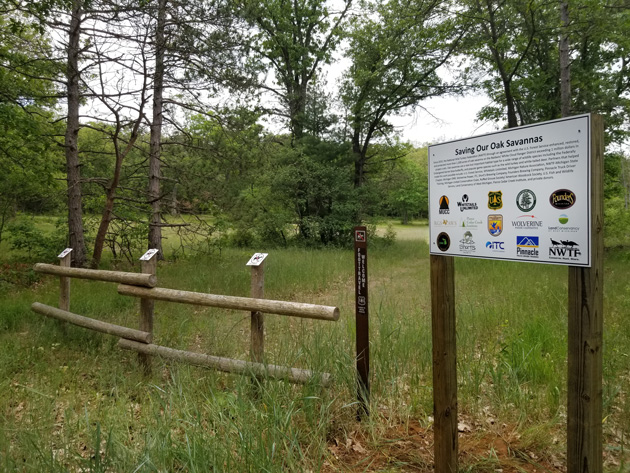 Restoring and managing oak savannas are primary objectives for these projects, but work also includes oak forest and adjacent grasslands as well, Boyer said. He outlined how mixed habitat helps turkeys throughout their life cycle, including the benefits of mast-producing trees, native grasses and open habitat with vegetation that attracts pollinator species of insects —critical food for poult success.

Although the work is being done on land owned by different partners, many of these properties are open to public access, including hunting.

“If not, our work through these efforts directly impacts nearby adjacent public hunting,” Boyer said.

Boyer cited other agreements within the focus area that provide cost-sharing support to the Indiana Department of Natural Resources for grants that directly impact projects on state fish and wildlife areas. In northwest Ohio, the NWTF has delivered conservation projects on multiple public and private lands, and is currently expanding to the western Lake Erie region.

“It’s really been a culmination of hitting our Save the Habitat. Save the Hunt. initiative goals,” Boyer said. “We’re conserving wildlife habitat, opening up hunting access and recruiting, retaining or reactivating hunters."