The NWTF and the Arkansas Department of Agriculture Forestry Division recently collaborated to enhance 4,750 acres on Arkansas’ Poison Springs State Forest, which is part of the NWTF’s Mid-South Rebirth in its Big 6 Regions of Conservation.

The state forest in both Ouachita and Nevada counties is an approximately 23,500-acre Wildlife Management Area and is beloved by Arkansans and nonresidents alike for the varying recreational opportunities it provides, including hunting, fishing, camping, horseback riding and a firing range, among others. 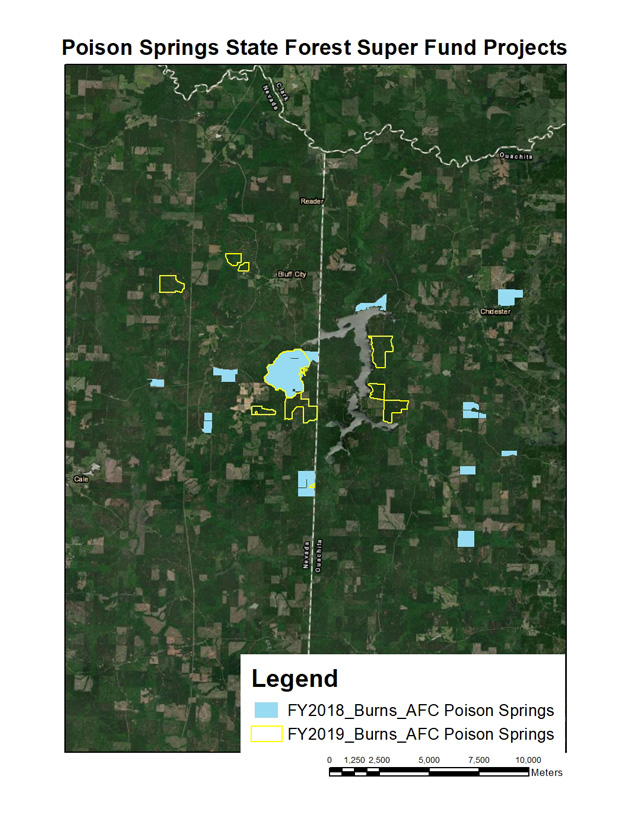 Since 2017, The NWTF Arkansas State Chapter contributed $38,000 dollars in funding to implement prescribed fire on various sites in need of management.

The project included dozing a total of 85 miles of fire lines and a total of 11 miles of temporary access roads to facilitate prescribed burning operations.

Prescribed burns were conducted between October and March on a total of 4,750 acres.  Implementation consisted of a scattered-block format across the forest, creating a mosaic of small-burned areas that are ideal for wildlife habitat. 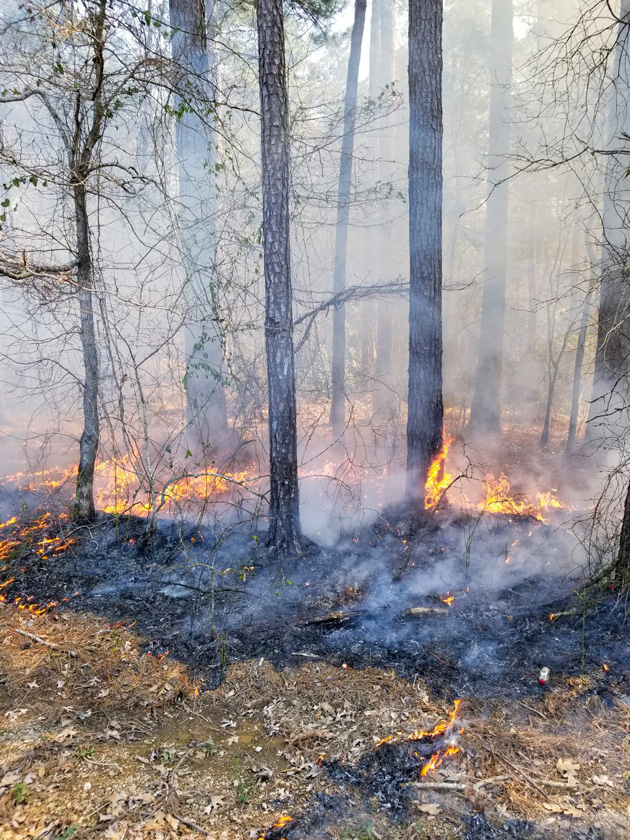 The Nature Conservancy in Arkansas also contributed funds to help facilitate this project.