Providing Americans access to their public lands and preserving our hunting heritage work in tandem; the more public land available, the more people are able to get afield and enjoy the age-old tradition of putting healthy harvested meat on the dinner table. This is why the NWTF often facilitates land purchases across the country, leveraging funds and collaborating with partners and agencies to expand public land access wherever possible, and the 1,252 acres added to the Shawnee State Forest in Ohio is another project added to the organization’s hunting heritage success.

The NWTF Ohio State Chapter contributed $50,000 to facilitate the Ohio Department of Natural Resources’ purchase of the 1,252-acre Scioto County tract of land. The tract of land lies adjacent to Shawnee State Forest, in a region nicknamed the Little Smokies of Ohio.

“By growing Shawnee State Forest, we are securing, protecting, and conserving important land in Ohio for the future,” said Governor Mike DeWine. “The expansion will significantly increase Ohio’s largest contiguous block of forest, enhancing biodiversity and providing a mix of recreational opportunities, as well as other direct and indirect benefits to all Ohioans.”

The state forest also surrounds the Shawnee State Park, which, combined, provide Ohioans over 60,000 acres of contiguous public forest, an excellent benefit for wild turkeys and other wildlife. 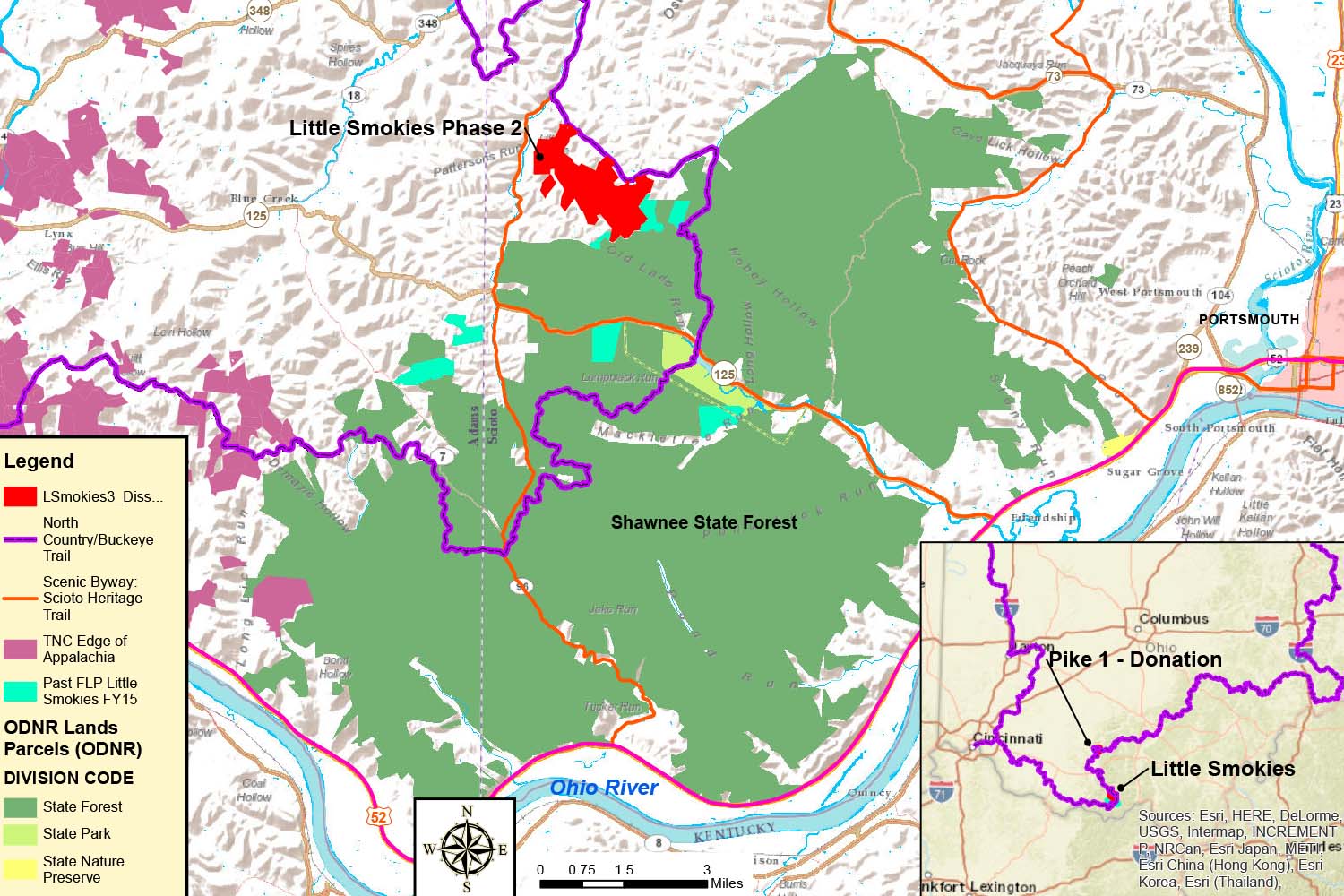 The Shawnee State Forest allows public hunting access, and the land acquired through this land purchase will expand the area where hunting is permitted and will ensure the ability for sportsmen and women to go afield on the forest remains into perpetuity.

“The NWTF’s $50,000 contribution was provided through the NWTF Ohio State Chapter’s Super Fund,” said Ryan Boyer, NWTF district biologist for Indiana, Michigan and Ohio. “NWTF’s Super Fund is what sets us apart as a conservation organization. Our volunteers in a particular state are able to allocate funds to projects that augment the NWTF mission in their state. When this state-level, Super-Fund work is done across the continental U.S., it greatly impacts the NWTF’s work at a national level. These regional projects are an integral piece to the larger conservation mission.”

Other funding sources include the ODNR via a Forest Legacy Program grant, the USDA Forest Service, the Ruffed Grouse Society and American Woodcock Society.