Out of trivial beginnings

Trivia nights, socials and the search for mentors in Arizona.

Americans have long been fascinated with trivia. From the iconic 1950s TV show “The $64,000 Question” to the ever-popular “Jeopardy,” this relationship is nearly 70 years old and still going strong.

That trivia nights have made their way to pubs and microbreweries is a natural extension of this trend. That they have become part of the world of R3, however, is a testament to the creativity of Ryan Conat, NWTF R3 coordinator for Arizona. 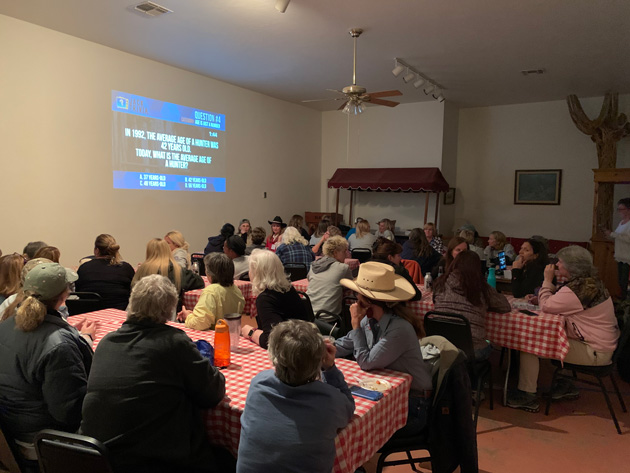 “We wanted to work with out-of-the box ideas,” Conat said. “We wanted to be local, social and engaging with a variety of partner organizations.”

Part of Conat’s challenge in rolling out this idea has been bringing together the diverse conservation community of the Grand Canyon State, including the Arizona Game and Fish Department, the NWTF, the Mule Deer Foundation, the Rocky Mountain Elk Foundation and others. Conat worked on this ambitious goal with Doug Burt, Hunting and Shooting Sports Program manager for the Arizona Game and Fish Department.

With a rationale and prospective venues (such as local microbreweries) assembled, Conat and Burt started to reach out to potential mentors and invited them to a series of trivia nights throughout the state. The end goal was creating a mentor database that AGFD would manage.

“We want to both bring them in and keep them engaged,” Conat said.

He noted that joining forces with Phoenix-based Jack Trivia has been another facet of this effort. While Conat and Burt created questions, Jack Trivia helps with the marketing and technical end of trivia nights, which typically last a few hours and finds guests mingling, coming and going as they please. 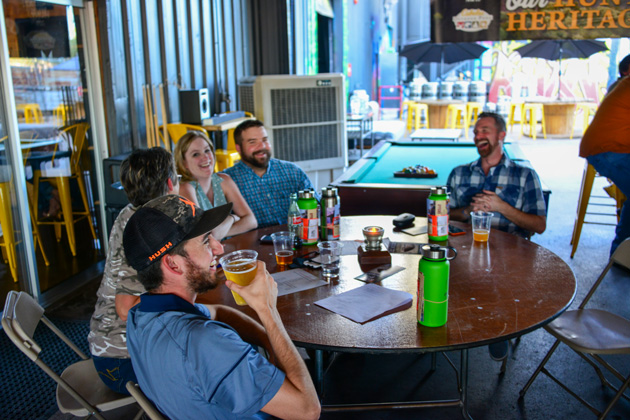 That the answer is D — 56 — not only provides a mental challenge and basis for engagement, it also underscores the fact that hunters are aging out of what can be a strenuous pursuit. This, of course, is a jumping off point for talking about hunter demographics and the need to attract hunters from younger generations.

Other questions touch on topics ranging from Arizona natural history to the Pittman-Robertson Act, and from the North America Model of Wildlife Conservation to individual luminaries such as Aldo Leopold and Fred Bear. Word search, face recognition and crosswords round out the lively mix.

The upshot is an evening that is equal parts engaging, entertaining and educational — and a means to strengthening the state’s mentor database. 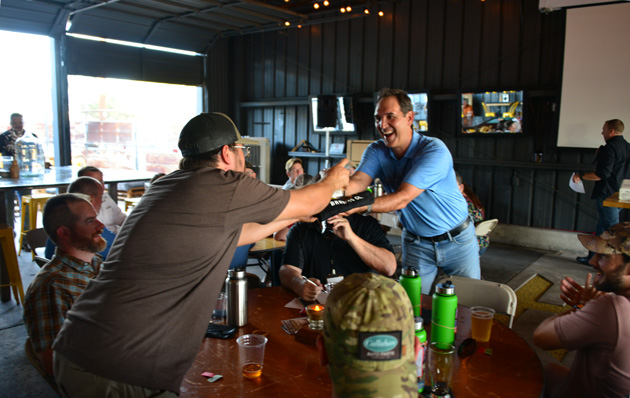 While this mentor database is still in its early stages, Conat sees many potential interfaces on the horizon. These range from drilling down to areas of specialization provided by mentors — deer, turkey, waterfowl, small game, etc. — to geographical location and more. Why join a novice big game hunter located several hours away with a seasoned birdhunter if a local big game mentor is available?

Conat is also considering adding mentor training to the mix. These trainings, sometimes billed as “socials,” have been pioneered in Arkansas, Ohio, Wisconsin and Minnesota. In a similar fashion to Conat’s work with AGFD, NWTF R3 coordinators partner with fish and game departments in their respective state, often in conjunction with Pheasants Forever/Quail Forever staff, to deliver content that teaches traditional hunters to work with new populations.

Curriculum for these trainings includes modules on the North American Model of Wildlife Conservation, the Outdoor Recreation Adoption Model, hunter demographics and the need for diversity in new hunters, adult learning principles, recruiting women hunters and other topics. Timeframe ranges anywhere from a few hours on a weekday evening to an entire weekend. Venues are also varied, from fish and game office buildings, to rod and gun clubs, to microbreweries.

As demand among new hunters increases, so does the need for qualified mentors. Conat and his counterparts in the Midwest are busy trying to satisfy this demand … one trivia night, one mentor social, at a time. 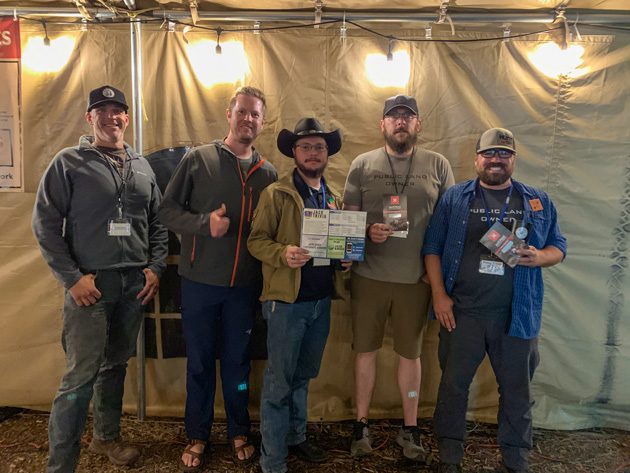 As the old saying goes, “Serious ends sometimes arise out of trivial beginnings.”