If the conservation world is looking for a husband and wife team to welcome new hunters into the fold, it needn’t look further than Andrew and Charita Niedermeyer — Indiana’s Save the Hunt Coordinator and Women in the Outdoors event coordinator. Together with the NWTF’s Three Rivers Chapter, the Niedermeyers have been breaking new ground with innovative R3 programs across the Hoosier state.

Given all this devotion, it comes as little surprise that the chapter won an R3 award at the 2022 NWTF Convention in Nashville. What motivates the Niedermeyers and what kinds of programs are they helping to run? Let’s have a closer look.

The Buddy System
While everyone appreciates receiving praise now and then, there’s also something deeper going on with the Niedermeyers. For both of them, there is a strong (though distinct) sense of passing on what they’ve learned.

“It might sound corny,” Andrew said, “but I do this because you can see how it changes people’s lives. It really changes them for the better.”

While Andrew is a lifelong hunter, Charita came to hunting after marrying Andrew. She grew up in Gary, Indiana, and did not have a hunting tradition in her family.

“I talk to lots of people from a similar background to mine,” Charita said. “I like to show them they can hunt, too.”

One of the chapter’s crowning achievements is developing the Conservation Buddies program in conjunction with Big Brothers and Sisters of northeast Indiana. The program uses a broad-spectrum approach to introducing youth to the outdoors; a variety of offerings including archery, fishing, kayaking, and hunter safety are available.

Outdoor enthusiasts are created not by one-and-done programs, but by a nexus of connections as is offered by the Conservation Buddies program. People learn in different ways, and an activity that appeals to one youth may be boring to another. At the same time, in the outdoors as in any pursuit, social support is necessary for long-term success and retention, and the Three Rivers Chapter and Big Brothers and Big Sisters provide such support.

Research by the Wildlife Management Institute and other sources shows that food is a great motivator for new hunters, and, in fact, most Americans approve of food as a motivation for hunting. The Three Rivers Chapter has seized on this idea by conducting regular Field to Fork classes, which teach shooting, tracking, biology, butchering and cooking. 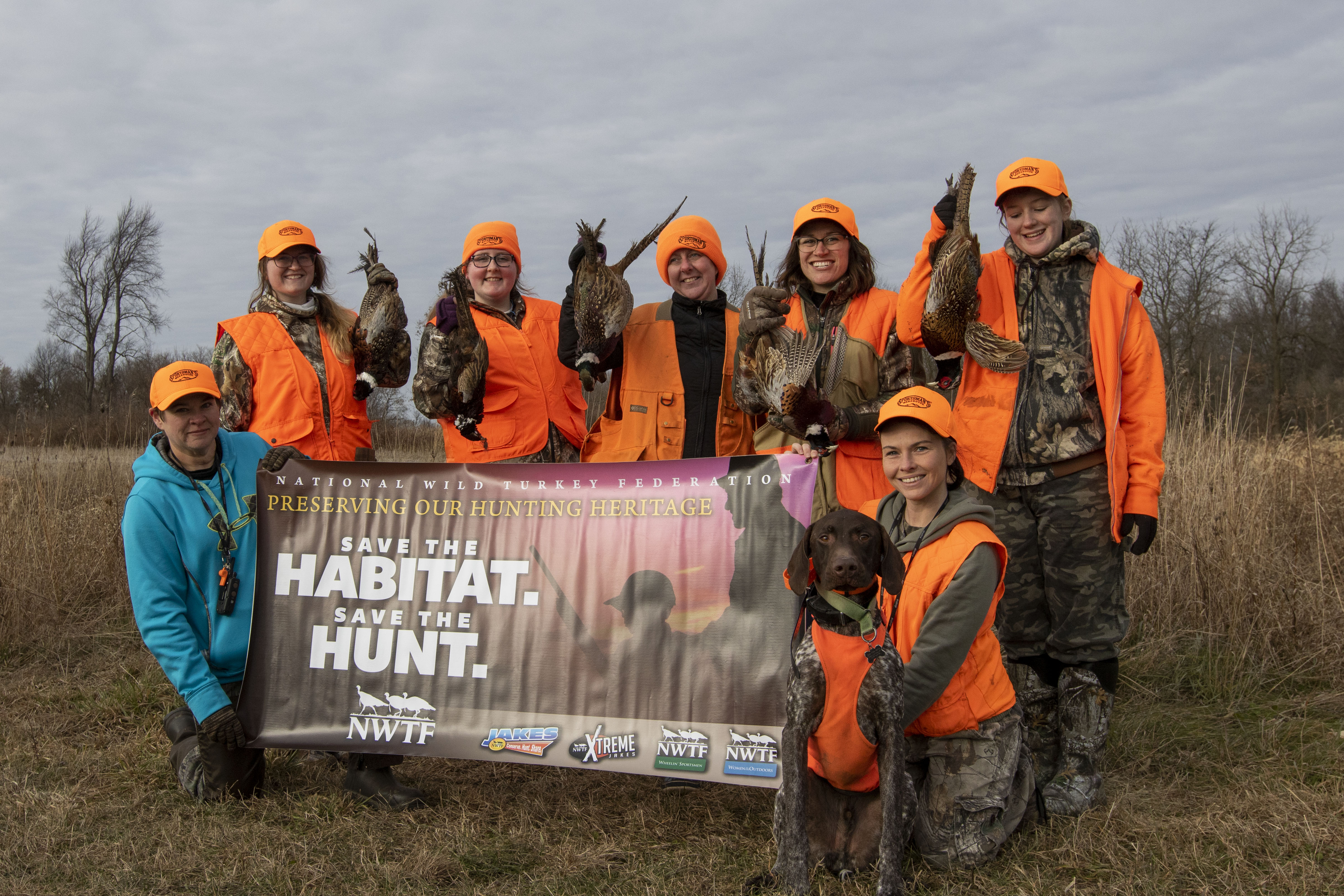 A pilot program kicked this up a notch by hiring a chef to pair wild game with different wines. As mouth-watering wild turkey, venison, rabbit and squirrel appetizers were served and paired with appropriate vintages, NWTF volunteers explained the hunting basics for each species — biology, habitat and hunting strategies.

The approach of Field to Fork or Wine and Wild Game have another hidden strength: They build a bridge of trust between two different groups. They bring people together.

While learning to hunt is not rocket science, it can be intimidating, especially as many new hunters have little experience handling firearms. Survey after survey of recent hunter education graduates underlines this point. New adult hunters are eager for knowledge.

While children of hunters can get this knowledge from their families, most new hunters don’t have this family connection. They turn to mentors or self-learning tools, such as the Turkey 101 clinic offered by the Three Rivers Chapter.

This class provides newbies with the tips and tricks they need to be safe and successful in the turkey woods. Biology, hunting tactics, calls and decoys, as well as firearm and ammunition selection, are covered in the right level of detail — enough so hunters feel motivated to try turkey hunting but not so much as to confuse and overwhelm.

To reach curious hunters across the Hoosier State, Turkey Hunting 101 is offered in various locations — from the Lakeshore region in the north, to Fort Wayne and Indianapolis in the central part of the state, to the Ohio River country in the south. Plenty of time for questions and breaks keeps the learning lively and fun.

It’s no secret that women are the fastest growing demographic in hunting and shooting sports. As women are less likely to learn these skills growing up, programs like Women in the Outdoors are crucial for helping to offset the decline in hunter numbers — and keep conservation funding going strong into the future.