Phillips began his career with the agency in 1999, holding various roles over the years, including forester on the Manchester State Forest, Best Management Practices Forester in the Pee Dee region and forest analyst for the state forest system. Prior to moving to agency headquarters as the Rural Forestry Programs manager, Phillips was the assistant forest director at Manchester. As the Rural Forestry Programs manager, Phillips coordinated the Forest Renewal Program and Stewardship Program.

He is an avid turkey and deer hunter and the youngest state forester in South Carolina history.

In the beginning, the NWTF-Forestry Commission partnership centered around hunting, as the commission used hunts to bolster its community outreach efforts.

With limited staff time to dedicate to the effort and zero dollars, Phillips said he and Gene Kodama, former South Carolina state forester, quickly found a partner in the NWTF.

“It was a great relationship [from the beginning],” Phillips said.

From there, the partnership grew to include multiple hunts each year on the Niederhof Forestry Center in the low country.

“The NWTF is unique among conservation organizations,” Phillips said. “They realized early on that active management had to happen on the landscape to be able to sustain hunting in the long run. The partnership was a natural fit.”

The partnership continues to impact thousands of lives, Phillips said. Each year, the NWTF and the Forestry Commission run military appreciation hunts for the South Carolina National Guard and their children, youth hunts and Women in the Outdoors hunts for spring turkeys. 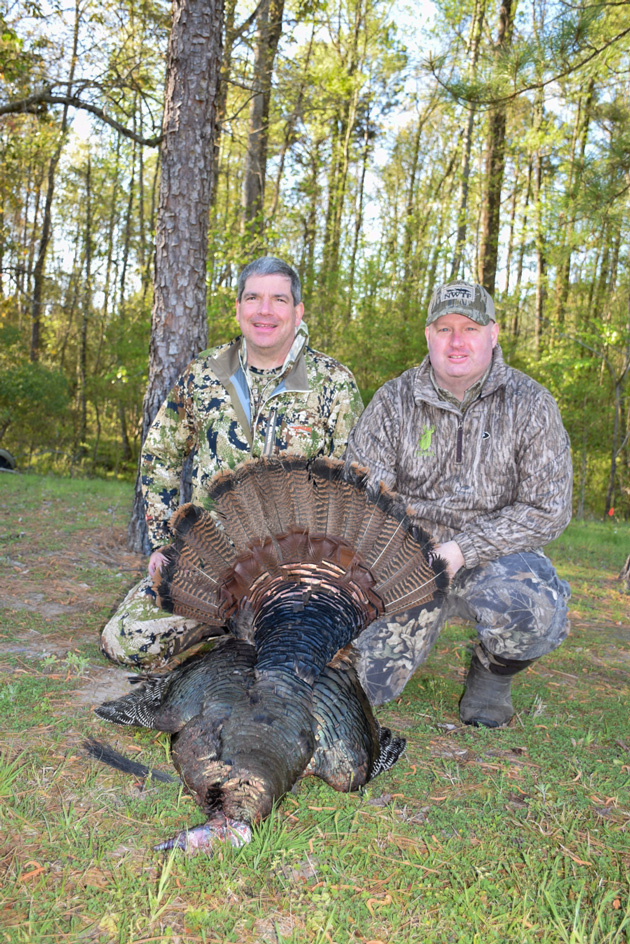 “We’ve [also] had some unique things happen because of those hunts,” Phillips said.

Although a large percentage of the partnership has revolved around hunting, it is only the beginning. The partnership has also included landowner workshops, many of which focus on longleaf restoration, as well as a Learn to Burn workshop held at the NWTF Hunting Heritage Center. There have also been landscape initiatives such as the Indian Creek Wildlife Habitat Restoration Initiative in Newberry and Union counties.

Then there are the educational trail signs at the NWTF HHC. This project brought in several partners, one of which was the SC Forestry Commission to complete the “Connecting Forests to the Community” venture.

Visitors who walk the trails at the NWTF HHC can now learn about the diverse habitats the NWTF manages, discover facts about wildlife that benefit from that work and learn about the role forestry and agriculture play in active forest management, which is endorsed by the NWTF and the Forestry Commission.

“I’m looking forward to expanding our partnership in many other ways in the future,” Phillips said. “One of the current discussions is to find ways to work together to improve wild turkey habitat on our more than 90,000 acres of state forests.”

This partnership shows no signs of slowing down, and wild turkeys are the beneficiaries